Premier Doug Ford is signaling he will lift wage caps for nurses and some other public servants in the wake of the Progressive Conservatives’ landslide re-election. A conciliatory Ford, whose appeal to unionized private-sector workers was key to his election triumph, said he was open to raising the pay for many front-line workers whose increases … Read more 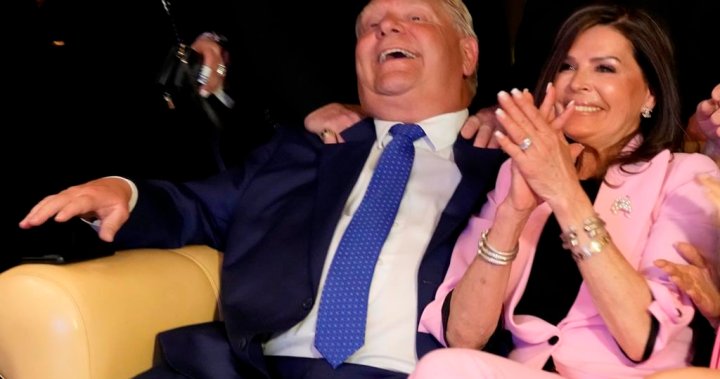 Premier Doug Ford’s re-election Thursday evening was watched closely by federal Conservatives looking for lessons on how to bring their party back to power after three straight election losses. The main takeaway from multiple party insiders – including those helping to run leadership campaigns – was that the federal Conservatives need to emulate Ford’s blue-collar … Read more Ontario workers are looking for a “radical shift” in the province’s priorities in next week’s budget, says the new president of the Ontario Public Service Employees Union. “Public sector workers have spoken and they have a message — the Ford government has lost our support … (and) let us down for the last time,” said … Read more Controversial MPP Randy Hillier was released on $35,000 bail and barred from communicating with alleged organizers of the so-called “Freedom Convoy” after he was arrested Monday on charges related to the protest and his social media posts. Hillier was ordered not to have any contact with others charged after the Ottawa protest, including Tamara Lich, … Read more