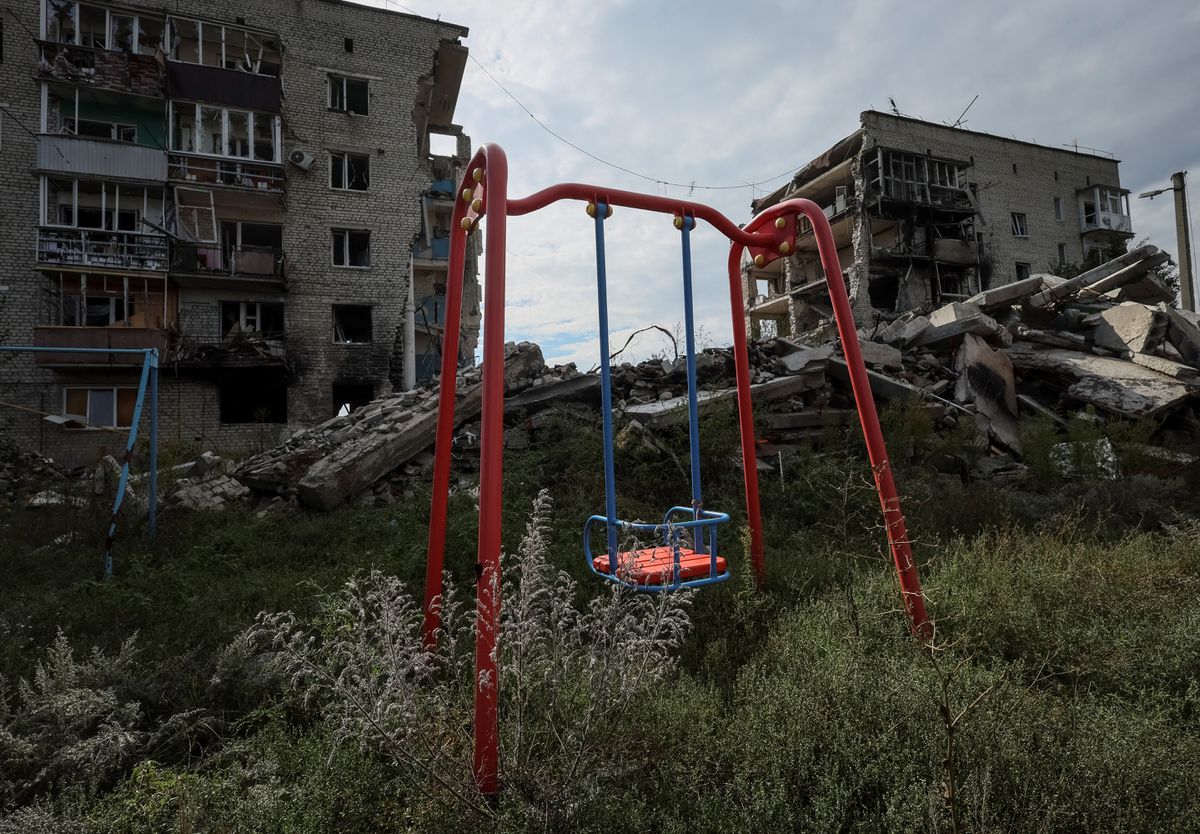 Damaged houses in the town of Izyum, which was recently liberated by Ukrainian Armed Forces, on Sept. 17.GLEB GARANICH/Reuters President Volodymyr Zelensky vowed there would be no let-up in Ukraine’s fight to regain its territory as Kyiv said its troops had crossed a major river, paving the way for an assault on Russia’s occupation forces … Read more