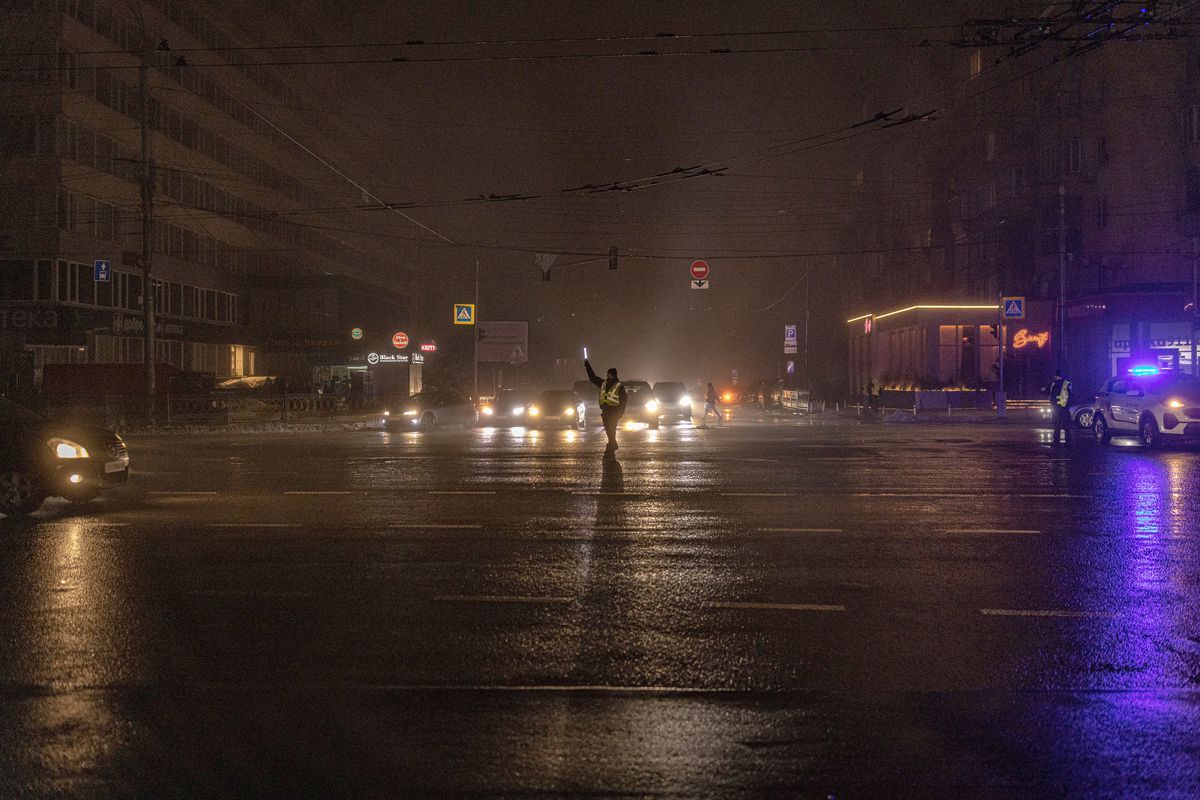 A police officer works traffic control in Kyiv on Nov. 24 as most of the Ukrainian capital remains in a blackout.Photography by Anton Skyba/The Globe and Mail The waitress smiled apologetically as she discussed the breakfast offerings at Idealist, a popular café in one of Kyiv’s most affluent neighborhoods. The power was on, so they … Read more 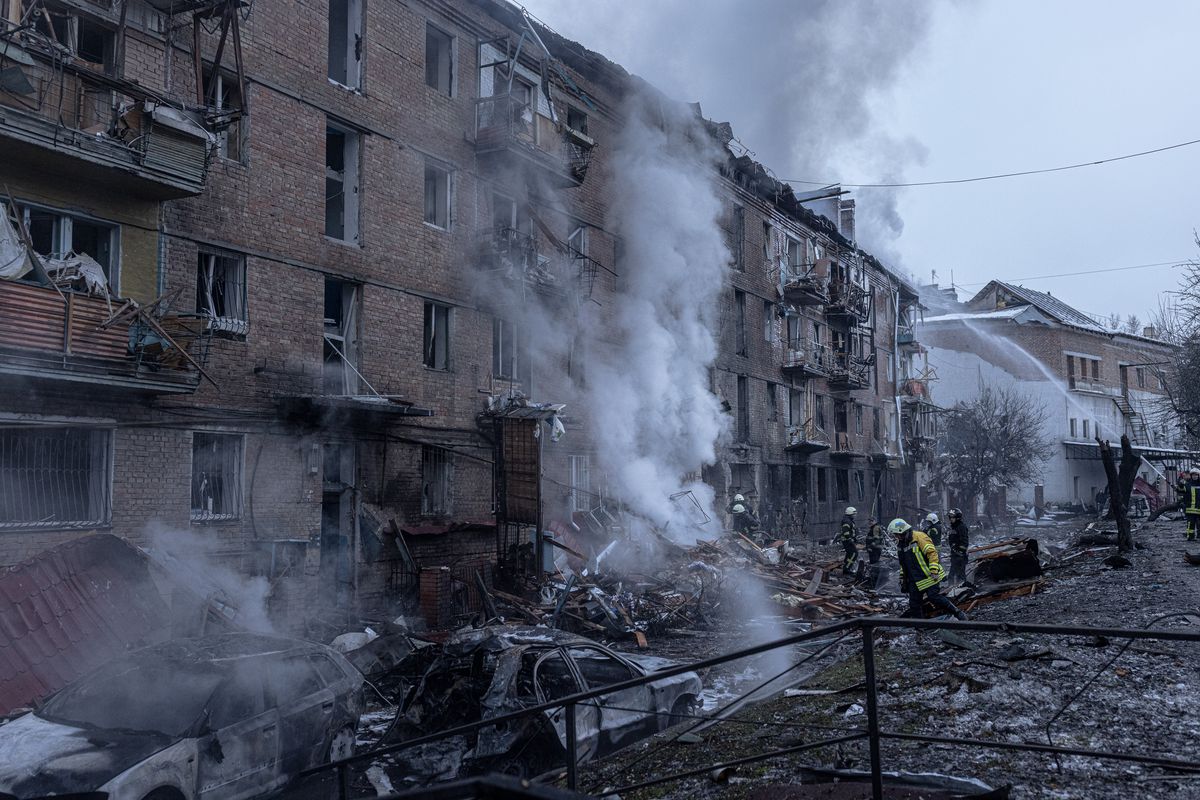 In Vyshhorod, a city of 20,000 people just north of Kyiv, four people died and 21 were injured when a missile struck a five-storey apartment block on Nov. 23.Anton Skyba/The Globe and Mail Electricity, heating and water systems were knocked out across Ukraine on Wednesday as Russia launched another barrage of attacks on the country’s … Read more 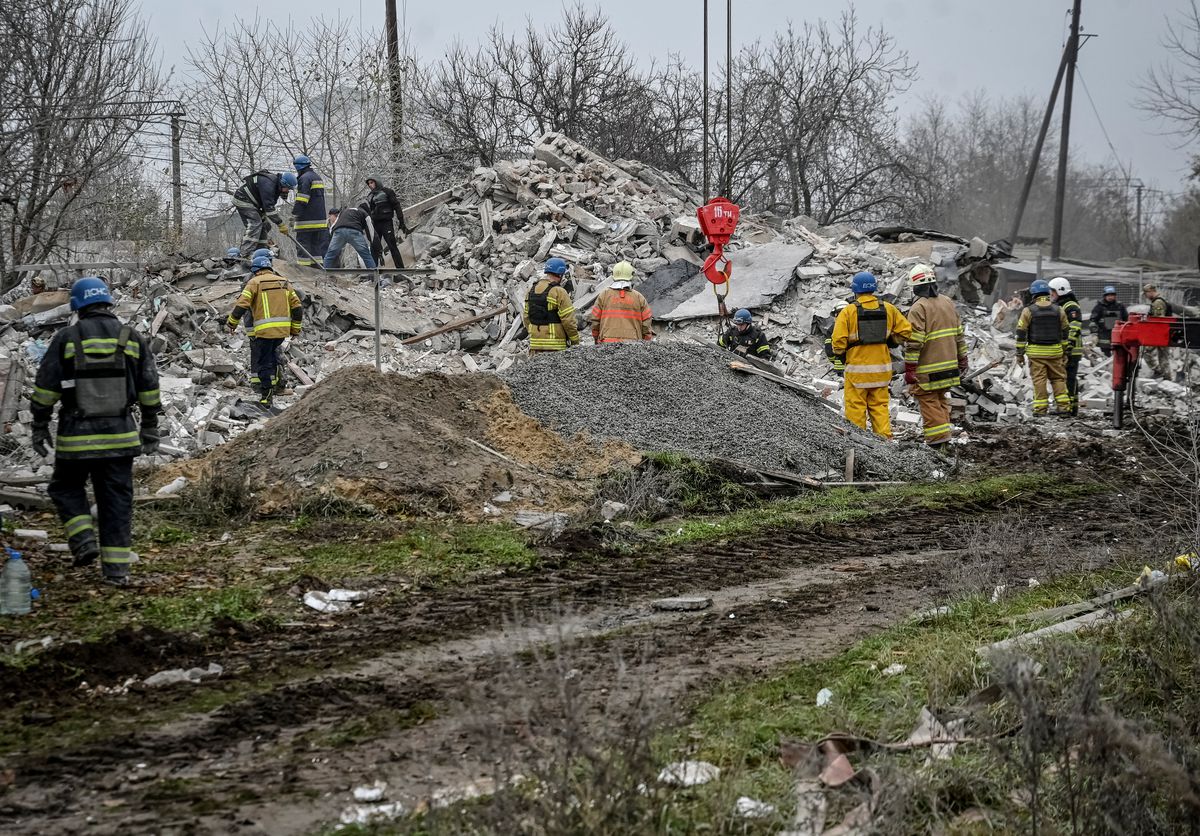 Rescuers work at a site of a residential building destroyed by a Russian missile strike in the town of Vilniansk, Ukraine, on Nov. 17.STRINGER/Reuters Missiles rained down on Ukrainian energy infrastructure on Thursday as Russian forces stepped up attacks in eastern Ukraine, reinforced by troops pulled from Kherson city in the south which Kyiv recaptured … Read more 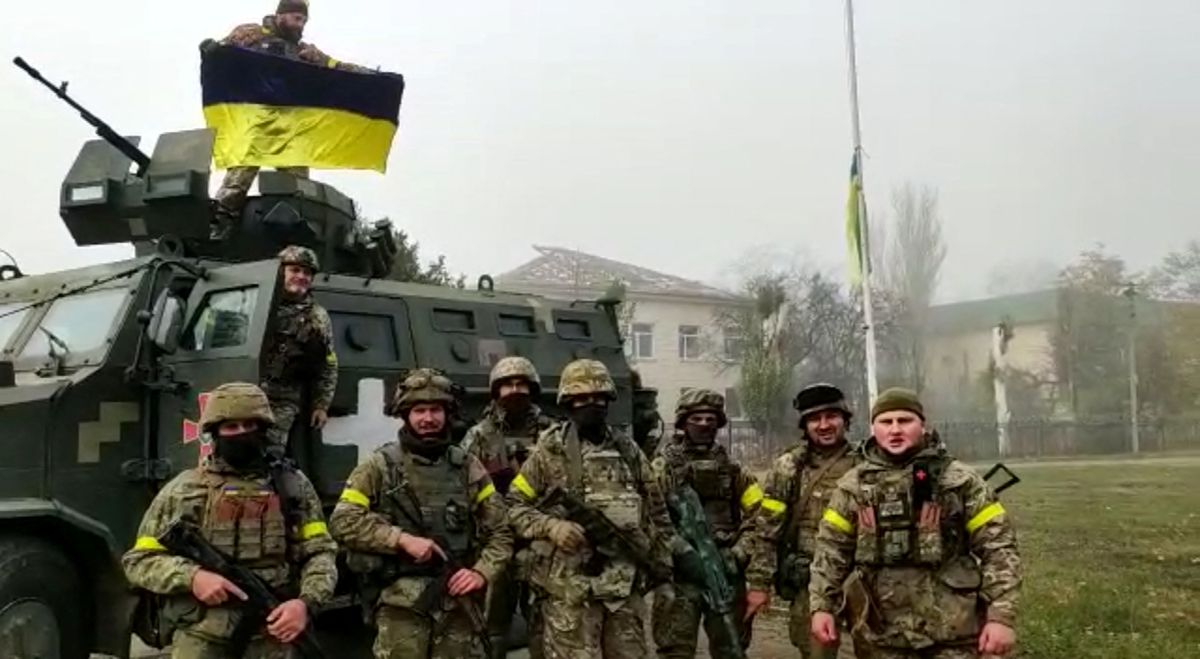 Soldiers of the forces of the 131st separate reconnaissance battalion celebrate recapturing the city of Snihurivka, Ukraine, on Nov. 10, in this screengrab obtained from a video.HANDOUT/Reuters Ukrainian troops pushed forward and a battle-scarred stretch of the front fell silent on Thursday, after Moscow ordered one of the war’s biggest retreats, though Kyiv warned that … Read more Ukraine’s President Volodymyr Zelensky speaks during a joint news conference at the Mariinskiy palace in Kyiv on Nov. 3.GENYA SAVILOV/AFP/Getty Images The United States is privately encouraging Ukraine to signal an openness to negotiate with Russia, the Washington Post reported, as the State Department said Moscow was escalating the war and did not seriously wish … Read more

Kyiv, Ukraine CNN — Once the smoke from Russia’s latest rocket strikes had cleared and the sound of air raid sirens stopped, many of Kyiv’s residents emerged, empty bottles in hand, to queue for water. But blackouts continue to plunge the city into darkness, leaving families and businesses struggling without lights or running water. Monday … Read more 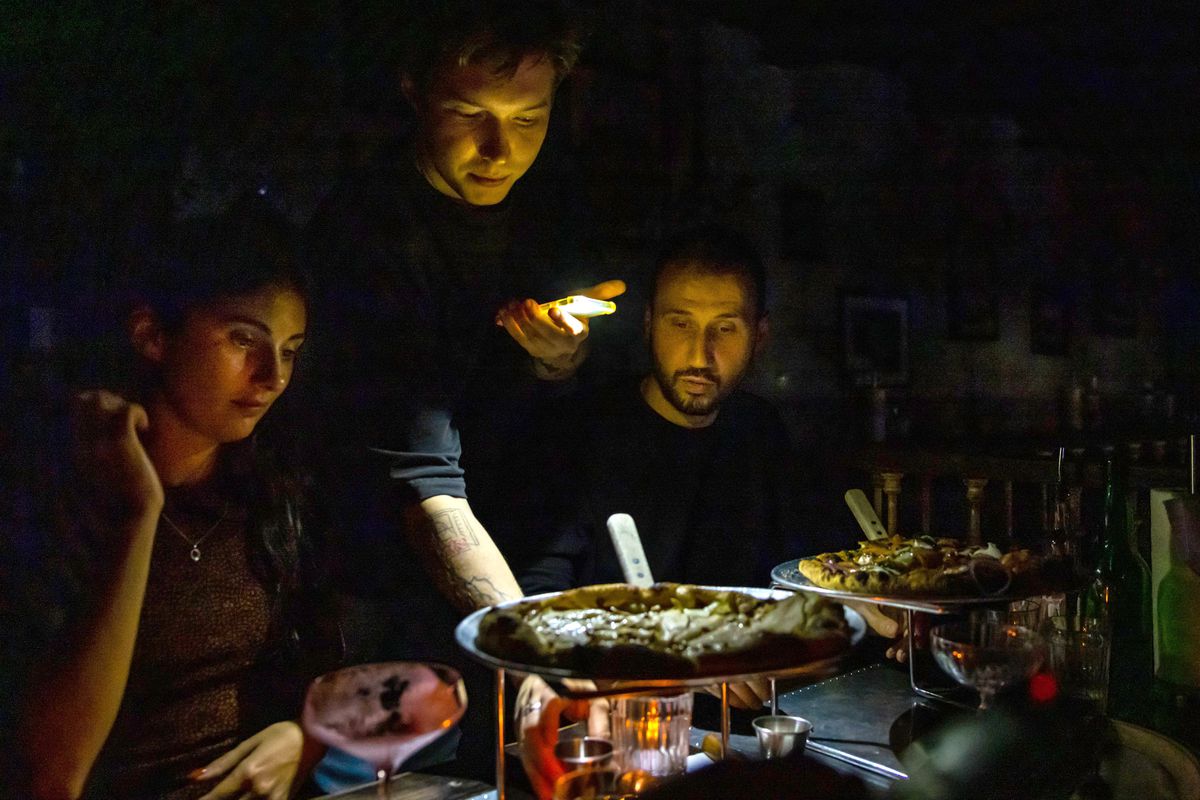 A waiter at Kyiv’s Mimosa pizzeria delivers one of the few remaining hot pizzas during one of the city’s regular blackouts.Anna Liminowicz/The Globe and Mail It looked like the perfect Friday night out. Four friends enjoying a candle-lit dinner at an upscale pizzeria in Kyiv. Except the candles weren’t for ambiance and the staff had … Read more 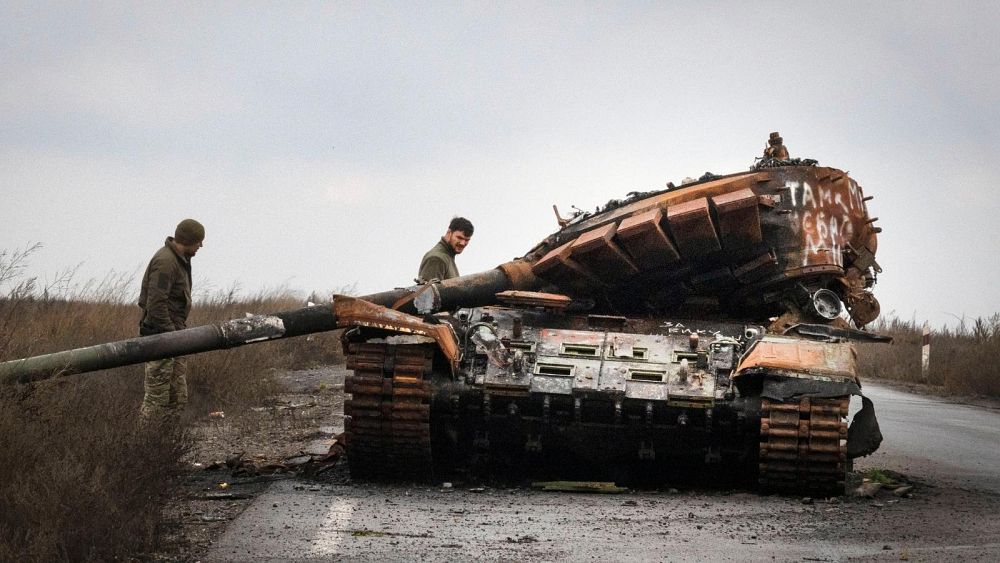 1. Intercepted Russian missile falls in Moldova A Russian missile shot down by Kyiv landed in a Moldovan village bordering Ukraine on Monday, causing damage but no casualties. “A missile shot down by Ukrainian anti-aircraft defense fell on the northern end of … Naslavcea in the Republic of Moldova, near the border with Ukraine,” Moldova’s … Read more A woman brings out her two dogs to evacuate from the town of Bakhmut in Donetsk region, on Oct. 25.DIMITAR DILKOFF/AFP/Getty Images Ukraine’s nuclear energy operator said Tuesday that Russian forces were performing secret work at Europe’s largest nuclear power plant, activity that could shed light on Russia’s claims that Kyiv’s forces are preparing a … Read more A satellite image shows a view of the location of the Kakhovka dam and the surrounding region in Kherson Oblast, Ukraine, October 18, 2022.EUROPEAN UNION/COPERNICUS SENTI/Reuters Ukrainian President Volodymyr Zelensky called on the West to warn Russia not to blow up a huge dam that would flood a swath of southern Ukraine, as his forces … Read more