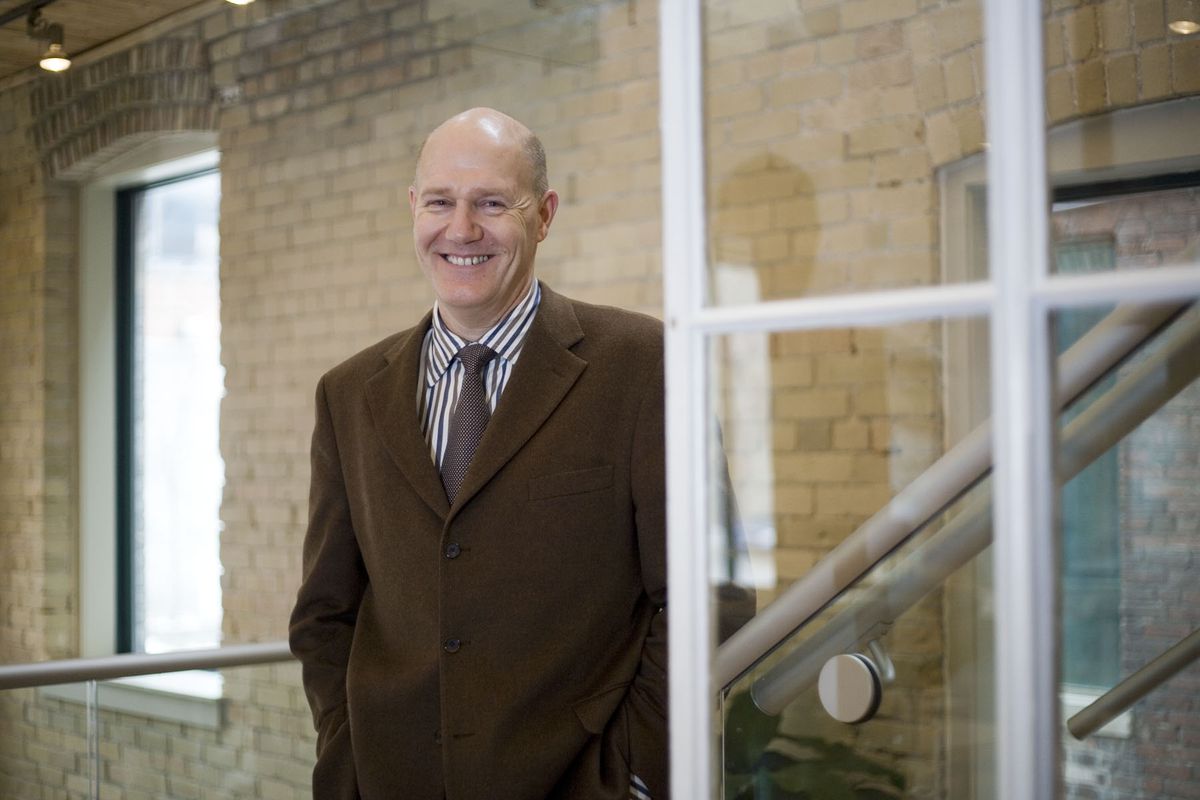 Office property owner Allied Properties REIT AP-UN-T is considering the sale of its data-centre portfolio, a deal that would help the commercial landlord pay down debt as it retools for a new era of higher interest rates and hybrid working.

Allied, best known for its low-rise office buildings in downtown cores, currently owns three data-centre properties in downtown Toronto. In a statement Thursday, the REIT said it is “exploring the sale” of these properties, the largest of which is 151 Front St. West, a major telecom hub. The company values ​​the portfolio at $1.3-billion.

Data centres, which house servers and telecommunications equipment, are not core to Allied’s property portfolio – they comprise 16 per cent of net operating income. But chief executive officer Michael Emory has long been bullish on them, in part because their industry is a relatively stable one that is always in demand.

However, the real estate market has been rocked this year by rising interest rates, and Allied’s units have been some of the hardest hit, losing 40 per cent of their value since January. Allied was adored by investors prior to the pandemic, with its units hitting a record high near $60 in February, 2020. Recently, fears of weaker office-space demand, coupled with higher interest rates, which make mortgages more expensive, have hammered the company’s units.

Allied has faced additional headwinds. For one, retail investors in Canada used to be major buyers of REITs because they loved the income provided by monthly distributions at a time when interest rates were ultralow. Yet REIT distribution yields tended to hover around 5-to-6 per cent annually – and that level is now very close to what guaranteed investment certificates pay.

Allied has also been developing properties, such as The Well in downtown Toronto, and development requires a lot of cash. For much of the past decade, REITs were able to sell new shares to finance such developments, but with so many of their unit prices slumping they are unable to at the moment.

Before the announcement, Allied’s units were trading at a 40-per-cent discount to the REIT’s net asset value, according to TD Securities. That means public investors are skeptical of the REIT’s stated property values. (However, determining fair values ​​is a complex task in such a chaotic market.)

Analysts believe Allied is pursuing a sale of its data-centre portfolio because the cash earned can be used to pay down debt that has accumulated while financing developments. Selling the properties at a strong valuation – at least relative to those of office buildings – could also help to boost Allied’s unit price, because at the moment investors don’t seem to be giving Allied much value for this type of asset.

A transaction “would crystallize significant value in Allied’s urban data-centre portfolio that we believe is not being appropriately recognized/priced in by the public markets,” BMO Nesbitt Burns fixed-income analyst Nicholas Kim wrote in a note to clients.

While Allied mentioned a possible sale in its statement, Mr. Emory broadly discussed the idea of ​​joint ventures on the REIT’s quarterly conference call earlier this month, without going into much detail. It is possible that Allied could sell half of the portfolio to a partner, and then co-manage the data centers together. Allied declined to comment for this story.

Allied bought 151 Front St. West for $192-million in 2009 and shortly after the REIT unveiled a plan to turn another of its buildings, 905 King St. West, a few minutes away, into another top-notch data centre. The two buildings would be linked underground by fiber optic cables.

The hub at 151 Front is what is known as a “co-location” space, and tenants have simultaneously included Bell, Rogers and Telus. Despite stiff competition between these players, their wires must connect so that anyone who sends an e-mail from Bell’s network, for example, can have their message delivered to someone using that of Rogers or another competitor. This happens in the “meet-me room” – which is no bigger than the average master bedroom, but chock full of cables and equipment so vital to Canadian communication that video cameras monitor every square inch.

At the time, Allied saw another benefit to owning data centers downtown: Scores of condos and office towers were being built and their proximity would help the telcos, because they could offer fast internet connections by connecting the towers directly to the hubs, rather than using peripheral routing stations in the suburbs that slow data transmission.