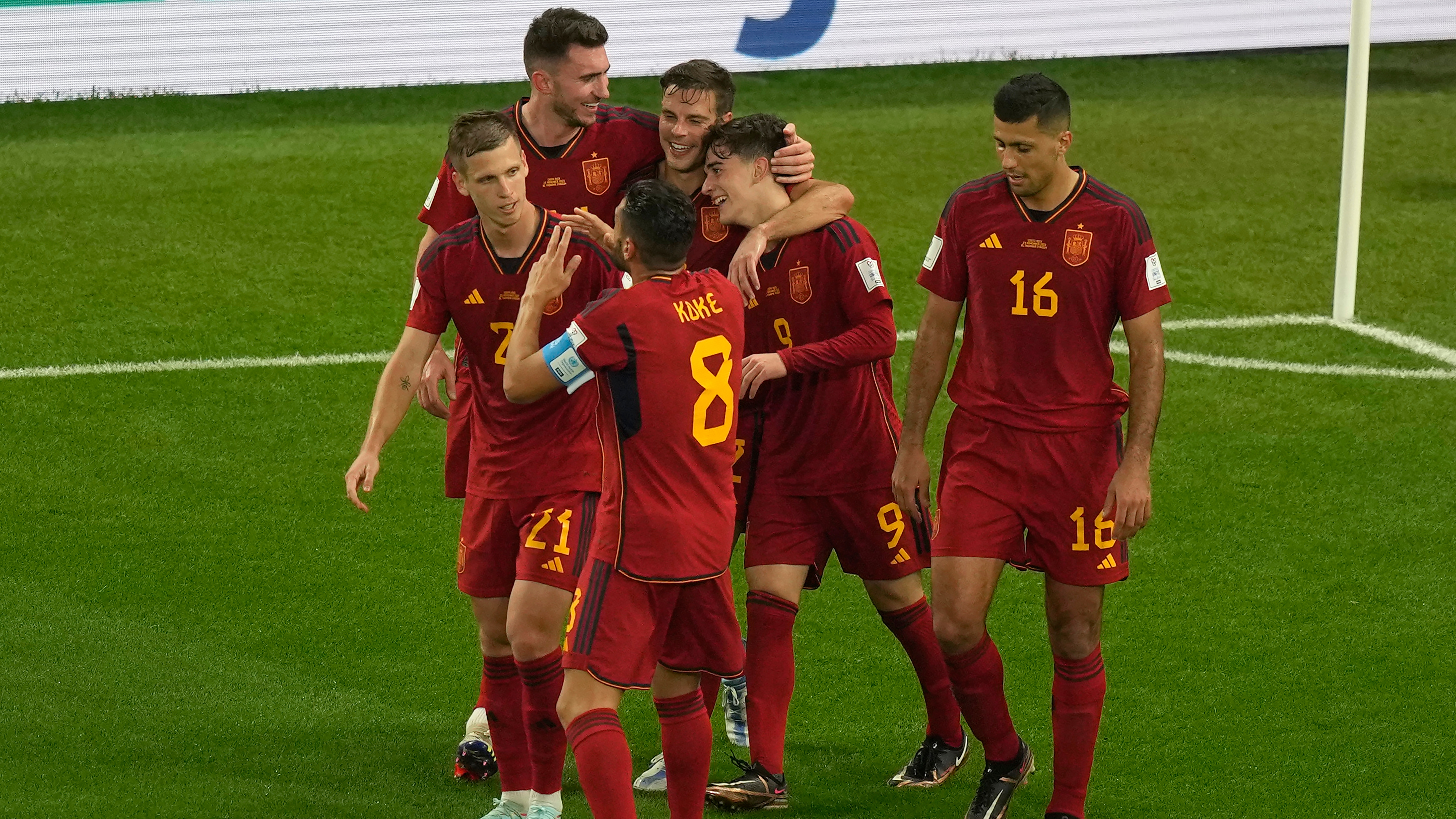 DOHA, Qatar (AP) — Not since Pelé in 1958 had someone as young as Gavi scored a goal at the World Cup.

The 18-year-old midfielder led the way Wednesday as Spain pulled off the biggest World Cup victory in its history, routing Costa Rica 7-0.

“I could never have imagined it,” said Gavi, who was named the game’s most valuable player. “I know I’m the youngest in the team and I respect everyone, but on the field it’s different and I bring out my best.”

Gavi only managed to score one goal on Wednesday, but his teammates added plenty of others.

Not long after Japan surprised Germany 2-1 in the other Group E match, Spain’s young squad avoided any chance of an upset with Dani Olmo, Marco Asensio and Ferran Torres scoring a goal each in the first half. Torres, Gavi, Carlos Soler and Álvaro Morata added to the lead in the second half.

Olmo’s goal was the 100th at World Cups for Spain, which became the sixth nation to score more than 100 times in the tournament.

It was the first time Spain scored seven goals in a World Cup match, and the first time a team completed 1,000 passes in a 90-minute game at the tournament.

With Gavi and 19-year-old Pedri starting, Spain also became the first European nation with two teenagers in the starting lineup of a World Cup match in 60 years, according to statistics platform Opta.

Gavi and Pedri were among the many youngsters picked by Spain coach Luis Enrique in a revamped squad in Qatar — the third-youngest team among the 32 nations, after the United States and Ghana.

The young duo helped Spain control the pace of the match from the start at Al Thumama Stadium. The 22-year-old Torres, who is dating the daughter of coach Luis Enrique, scored his first World Cup goal from the penalty spot in the 31st minute. The others came during the run of play.

Costa Rica looked overwhelmed throughout the game in its third straight World Cup campaign, failing to even get a single attempt on goal. The team came to Qatar hoping to repeat its surprise run to the quarterfinals in 2014 in Brazil, and avoid a repeat of its winless showing four years ago in Russia.

“We didn’t hold on to the possession as we should have done it,” Costa Rica coach Luis Fernando Suárez said.

Spain, which didn’t get past the round of 16 in Russia, is trying to break through with a major title after making it to the final of the Nations League and the semifinals of last year’s European Championship. This year the team also qualified for the Final Four of the Nations League for a second straight time. Spain’s last major triumph came at Euro 2012, two years after it won its lone World Cup title in South Africa.

Only five countries have scored more goals than Spain at the World Cup — Brazil, Germany, Argentina, Italy and France.