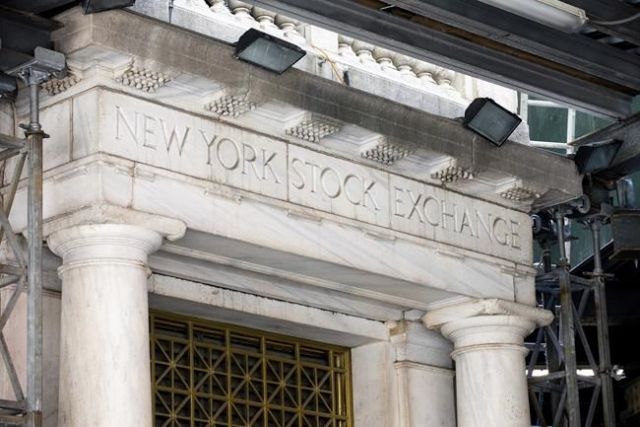 Stocks fell on Wall Street and Treasury yields rose after more indications from the Federal Reserve that it may need to raise interest rates much higher than many people expect to get inflation under control. The Fed has been raising rates aggressively in order to tame inflation by applying the brakes to the economy. The S&P 500 fell 0.3% Thursday. The tech-heavy Nasdaq and Dow Jones Industrial Average also lost ground. The indexes are on pace for weekly losses. The yield on the two-year Treasury rose to 4.45%. Oil prices ended lower, and markets in Asia and Europe also fell.

The S&P 500 fell 0.9% as of 3:25 pm Eastern, with retailers, banks and technology stocks among the biggest weights on the benchmark index. The Dow Jones Industrial Average fell 150 points, or 0.5%, at 33,405, and the tech-heavy Nasdaq composite slid 1%. The major indexes are all headed for weekly losses.

Decliners outnumbered gainers by more than double on the New York Stock Exchange. Smaller company stocks fell harder than the rest of the market, pulling the Russell 2000 index 1.2% lower.

The Fed has been raising rates aggressively in order to tame inflation by applying the brakes to the economy. Investors have been hoping that more signs of easing inflation could help the central bank shift to less aggressive rate increases.

The central bank, though, has been clear about its intent to keep raising rates, possibly to unexpectedly high levels, to tame inflation. James Bullard, who leads the Federal Reserve Bank of St. Louis, reaffirmed that position in a presentation on Thursday.

Stock markets “got a little bit ahead of themselves” after getting encouraging reports on consumer and wholesale prices easing a bit, said Ross Mayfield, investment strategist at Baird. “But, the Fed knows they have a long way to go.”

The Fed has already raised its short-term rate to a range of 3.75% to 4%, up from nearly zero as recently as last March. Bullard suggests that the rate may have to rise to a level between 5% and 7% in order to quash stubbornly hot inflation.

“When you have the (Fed) statement already laying it out and someone like Bullard saying what he said, there is a little bit of jawboning markets back down and letting investors know this fight is not over.”

The presentation from Bullard follows reports showing that inflation is starting to ease somewhat, but still remains extremely hot as consumers continue spending amid a very strong jobs market. Strong spending and employment remain a potential bulwark against the economy slipping into a recession. It also means the Fed will likely remain aggressive and raises the risk that it will hit the brakes hard enough on the economy to actually bring on a recession.

Outside of concerns about inflation, the market is also worried about Russia’s war in Ukraine and lockdowns in China hurting the global economy.

The conflict in Ukraine has been weighing on the energy sector and any worsening could cause spikes in prices for oil, gas and other commodities that the region produces. US oil prices fell 4.6%.

Markets in Asia and Europe fell.

Companies are also wrapping up the latest round of earnings reports. Macy’s jumped 13% after beating analysts’ quarterly financial forecasts and raising its earnings outlook.