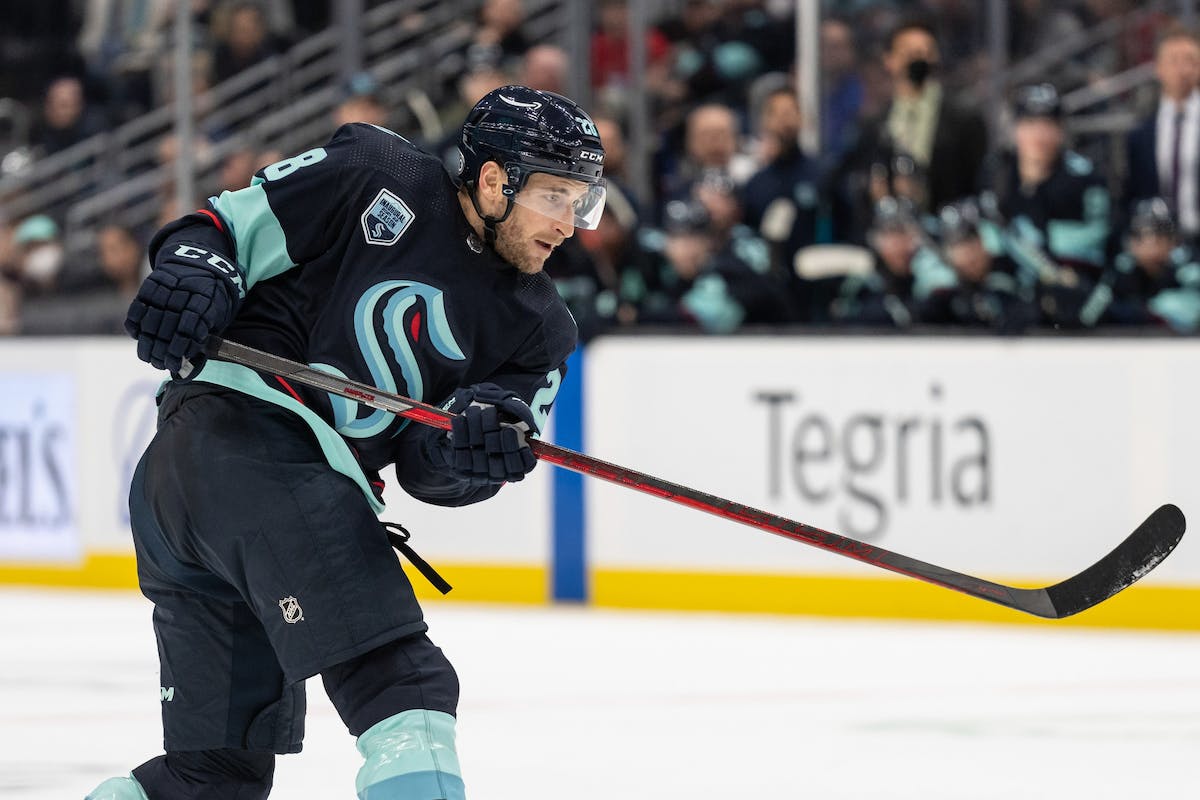 For a while now I’ve been assuming that beefing up the blueline would be Ken Holland’s number-one priority at the 2023 NHL trade deadline. It turns out that may not be the case.

Earlier today on my daily live show, Oilersnation Everyday (it streams on our YouTube Channel Monday to Friday at noon mountain time, you should watch it), Frank Seravalli stopped by to chat about what he’s hearing.

I listed off the six defensemen he wrote could be targets for the Toronto Maple Leafs and if they could potentially also be options for the Edmonton Oilers. The list included John Klingberg, Vladislav Gavrikov, Carson Soucy, Matt Roy, Dmitry Orlov, and Nick Jensen.

He was hesitant to link the Oilers to any of those defensemen and said that adding a piece to the blueline may not be their biggest priority.

“Of the Oilers’ priorities, adding a defenseman at this exact moment in time, while that may have previously been a mission or mandate for this team, that it’s not. I think it starts down the middle. Ideally, they’d like to add a really strong centre. I think the second thing, when you’re looking at the bottom six, find someone tough to play against. Whether it’s old school brawn and toughness, not necessarily someone in that style, or someone who’s totally relentless on pucks that makes your team really difficult to play against.” said Seravalli.

He went on the add “the Oilers in their bottom six have none of that and if they’re not scoring, what are you getting out of that group? That’s the big question. That’s what they’re focused on.”

I think Holland and company would be wise to go out and get a player who can bring a little bit more intensity to this group. I think live players Devin Shore and Derek Ryan are fine bottom six players, but they do lack a certain amount of intensity. I’d love to have someone in one of those spots, probably the Shore spot, who skates really hard and can make life hell for defensemen on the other team when they’re going to retrieve pucks.

It’s tough to make a pure addition at this point in the season because so many teams still believe they have a shot at the playoffs. Also, the Oilers can’t go out and spend Evander Kane’s cap hit right now. Maybe at the deadline, they’ll have a better idea of ​​what they can or can’t spend but for now, they can basically only acquire players making under $900k if they want to fit them in once Kane is healthy. Not an ideal recipe for making a trade.

Bob Stauffer recently brought up Zack MacEwan, who the Flyers claimed off waivers last season. He’s 26 years old, plays hard, and only makes $950k. That’s the kind of player I would imagine that the Oilers would like to add.

Klim Kostin has the potential to be that kind of player for them as well. I really liked what he brought to the table last night vs the Kings and I think if he keeps that up, he’ll be an impact piece for this team for the remainder of the season. His emergence could ease the need to make a deal for some toughness.

I also don’t think that this front office can lose sight of the fact that this team needs an extra defenseman. Ryan Murray and Markus Nemailainen are an alright band-aid solution for right now but this team needs an upgrade on the left side if they want to be legitimate Stanley Cup contenders.

Also, the Oilers have been lucky that their five established NHLers haven’t gotten injured yet. Their blueline has been healthy and if that changes, things could get even worse.

Frank also said to keep an eye on the Jack Campbell situation and mentioned that if he doesn’t turn it around, maybe the Oilers need to think about going out and looking for some goaltending help. Personally, I think it’s too early to seriously worry about that.

Frank had some other interesting nuggets, including some talk about making a rule change where coaches could decide between a penalty shot or a powerplay in certain situations. It’s worth a watch!

You can catch the full segment here:

The show is also available as a podcast! You can get 30-45 minutes of Oilers talk featuring your favorite voices from around The Nation every day!