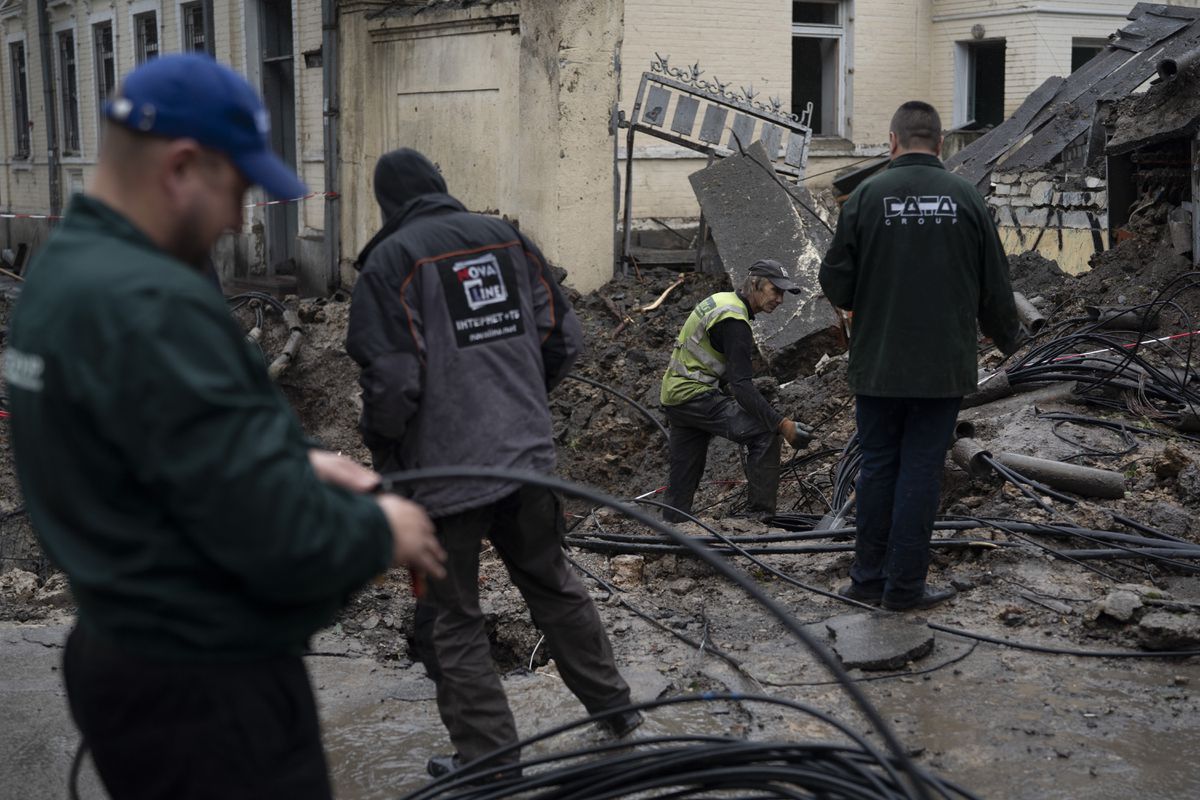 Pressure on Russian President Vladimir Putin mounted on the battlefield and in the halls of global power as Ukrainian troops pushed their counteroffensive Saturday to advance farther into Ukraine’s partly recaptured northeast.

At a high-level summit in Uzbekistan, Putin vowed to press his attack on Ukraine despite recent military setbacks but also faced concerns by India and China over the drawn-out conflict.

“I know that today’s era is not of war,” Indian Prime Minister Narendra Modi told the Russian leader in televised comments as they met Friday in Uzbekistan. “We discussed this with you on the phone several times, that democracy and dialogue touch the entire world.”

At the same summit a day earlier, Putin acknowledged China’s unspecified “questions and concerns” about the war in Ukraine while thanking Chinese President Xi Jinping for his government’s “balanced position” on the conflict.

The hurried retreat of Russian troops this month from parts of a northeast region they occupied early in the war, together with the rare public reservations expressed by key allies, underscored the challenges that Putin faces on all fronts. Both China and India have maintained strong ties with Russia and had sought to remain neutral on Ukraine.

Xi, in a statement, expressed support for Russia’s “core interests” but also wanted to work together to “inject stability” into world affairs. Modi said he wanted to discuss “how we can move forward on the path of peace,” adding that the biggest concerns facing the world are the problems of food security, fuel security and fertilizers.

“We must find some way out and you too must contribute to that,” Modi stressed in a rare public rebuke.

The comments cast a shadow over a summit that Putin had hoped would burnish his diplomatic status and show he was not so internationally isolated.

On the battlefield, Western defense officials and analysts said Saturday that Russian forces were apparently setting up a new defensive line in Ukraine’s northeast after Kyiv’s troops broke through the previous one.

The new line emerged after the Ukrainian counteroffensive punched a hole through the war’s previous front line, allowing Kyiv’s soldiers to recapture large swaths of land in the northeastern Kharkiv region that borders Russia.

After the Russian troops retreated from the city of Izium, Ukrainian authorities discovered a mass grave site, one of the largest so far discovered. Ukrainian President Volodymyr Zelensky says more than 440 graves have been found at the site but that the number of victims is not yet known.

Zelensky said the graves contained the bodies of hundreds of civilian adults and children, as well as soldiers, and some had been tortured, shot or killed by artillery shelling. He cited evidence of atrocities, such as a body with a rope around its neck and broken arms.

Ukrainian forces, in the meantime, are crossing the Oskil River in the Kharkiv region and have place artillery there, the Washington-based Institute for the Study of War said Saturday. The river, which flows south from Russia into Ukraine, had been a natural break in the newly emerged front lines since Ukraine launched its counteroffensive about a week ago.

“Russian forces are likely too weak to prevent further Ukrainian advances along the entire Oskil River,” the institute said.

Videos circulating online Saturday indicated that Ukrainian forces were continuing to retake land from Russian forces in the country’s embattled east, although their veracity could not be independently verified.

One video showed a Ukrainian soldier walking past a damaged building then pointing at a colleague hanging the blue-and-yellow Ukrainian flag over a mobile phone tower. The soldier identified the seized village as Dibrova, just northeast of the city of Sloviansk in Ukraine’s Donetsk region.

Another video showed two Ukrainian soldiers in what appeared to be a bell tower, with one saying they had retaken the village of Shchurove, just northeast of Sloviansk.

The Ukrainian military and the Russians did not comment on the two villages.

Syniehubov said remnants suggested the Russians fired S-300 surface-to-air missiles at the city. The S-300 is designed for striking missiles or aircraft in the sky, not targets on the ground. Analysts say Russia’s use of the missiles suggest they may be running out of some precision munitions.

Shelling of the nearby city of Chuhuiv later Saturday killed an 11-year-old girl, Syniehubov reported.

In the southern Zaporizhzhia region, a large part of which is occupied by the Russians, one person was wounded after the Russian forces shelled the city of Orikhiv, the region’s Ukrainian governor Oleksandr Starukh reported on Telegram. He said Russian troops also shelled two villages in the region, destroying several civilian facilities.

Explosions were also reported Saturday in Russian-occupied parts of Zaporizhzhia. Russian-installed official Vladimir Rogov said on Telegram that at least five blasts were heard in the city of Melitopol. The city’s Ukrainian mayor, Ivan Fedorov, said the explosions took place in a village south of the city, where the Russian troops had relocated some military equipment.

Meanwhile, Ukraine’s atomic energy operator, Energoatom, said a convoy of 25 trucks has brought diesel fuel and other critical supplies to the endangered Zaporizhzhia nuclear power plant – Europe’s largest, which was shut down a week ago amid fears that nearby fighting could result in a radiation disaster.

The trucks were allowed through Russian checkpoints on Friday to deliver spare parts for repairs of damaged power lines, chemicals for the operation of the plant and additional fuel for backup diesel generators, Energoatom said.

The six-reactor plant was captured by Russian forces in March but is operated by Ukrainian engineers. Its last reactor was switched off Sunday after repeated power failures due to shelling put crucial safety systems at risk.

The International Atomic Energy Agency reported Saturday that one of the nuclear plant’s four main external power lines had been repaired.

The Russian military on Saturday accused Ukraine of renewed artillery shelling of the power plant. Ukrainian authorities did not immediately address the claim.

In Russia, one person was killed and two others wounded Saturday by shelling, according to Vyacheslav Gladkov, governor of the Russian border region of Belgorod, who blamed the Ukrainians. The claim could not be verified.