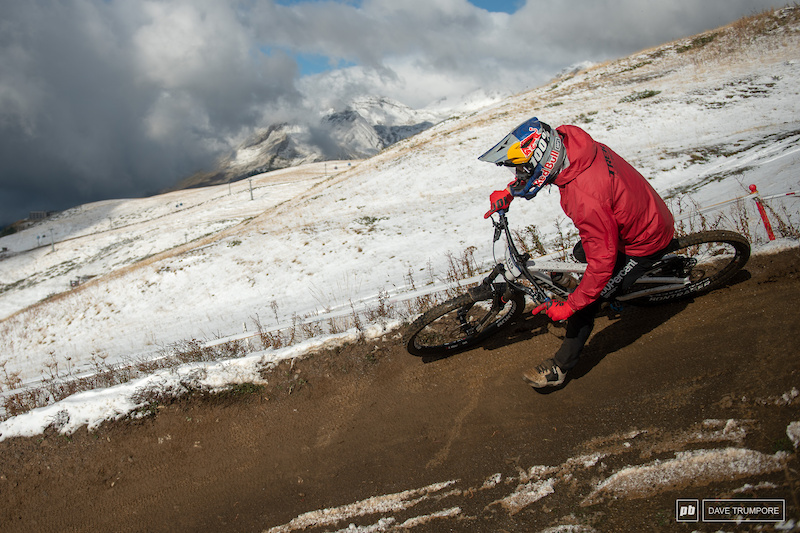 The final racing block of the 2022 Enduro World Series (EWS) kicks off in Crans-Montana, Switzerland amongst some of Europe’s most dramatic scenery. The penultimate round sees high stakes for both sets of competitors, as they battle to shore up their overall standings ahead of the series finals in Loudenvielle, France in just one weeks time.

A top result this round could not be more important for two riders in particular, as Jesse Melamed and Richie Rude continue their season-long battle for supremacy. Melamed leads the standings by 450 points, but Rude won in Crans-Montana in 2021 and Melamed’s lead doesn’t leave any margin for comfort if he wants to clinch his first title and deprive Rude of his third in the process. Looking to break up the two-person party will be Jack Moir, Martin Maes, and Eddie Masters.

In the women’s race it’s Isabeau Courdurier who is on top of the leaderboard, despite a potentially season-ending foot injury in Valberg. Courdurier leads out Morgane Charre, who is coming back from illness and will have to battle hard to stave off a fully fit Bex Baraona who’s in third and only 140 points back. Ella Conolly and Harriet Harnden sit in fourth and fifth place respectively and can never be discounted from a podium finish.

With two rounds to go, all of the overall podium, spots are still in play and up for grabs to a number of riders across all classes. And with five big mountain stages and weather that calls for rain and possibly snow on and off each and every day, the stage is set for a proper battle.