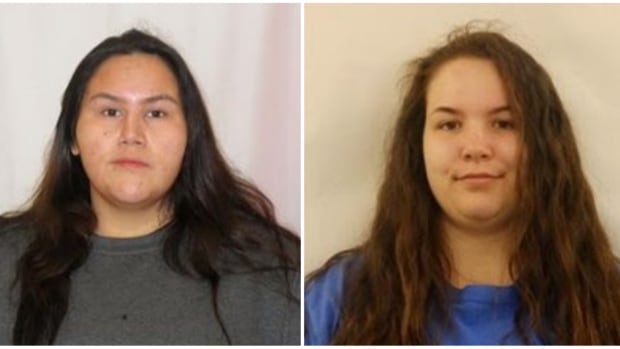 Two inmates have escaped from a minimum security healing lodge in Winnipeg.

Staff at the Eagle Women’s Healing Lodge discovered Christine Goodwin and Hailey Regent weren’t accounted for around 10:30 pm Friday, the Correctional Service of Canada said in a news release.

The government agency said it contacted the Winnipeg Police Service immediately. Warrants for the women’s arrests have been issued.

She also has tattoos on both hands and calves and on her left arm and neck.

Regent, 24, is five feet 10 inches tall and weighs about 252 pounds. She has a fair complexion, hazel eyes and brown hair, the release said.

She also has tattoos on her fingers, neck, right forearm, upper arm and thigh, and on her left wrist, shoulder and hand.

Regent is serving a sentence of three years, 10 months and 25 days for armed robbery.

Anyone with information about where Goodwin and Regent are is asked to contact police, the release said.

The Correctional Service of Canada and the Eagle Women’s Healing Lodge will investigate the escapes and are working with police to find the women as soon as possible.