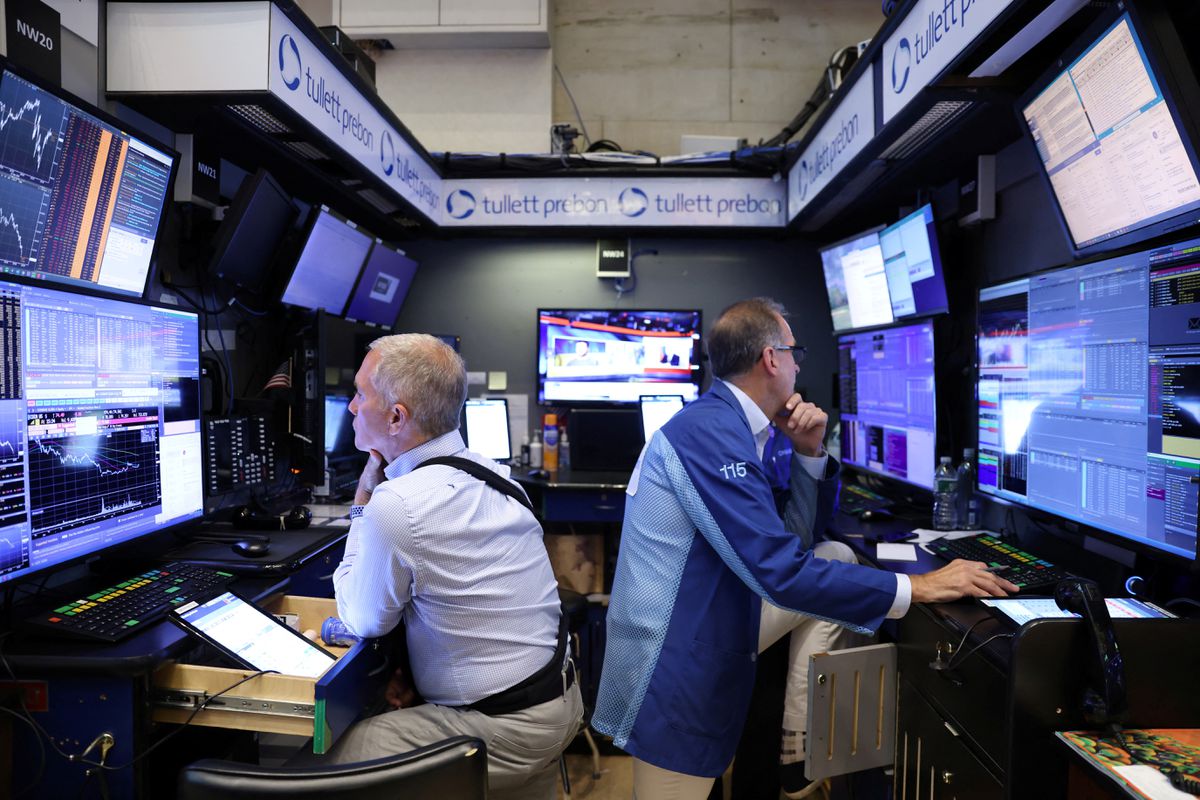 If global investors really care about the amount of money central banks are about to withdraw from the world economy then rising official policy rates are only the half of it.

World markets got crushed this week after US inflation data prompted a dramatic repricing of how high and how fast the Federal Reserve’s interest rate hiking cycle will go.

Investors’ focus on the Fed’s policy rate is understandable, but they should not underestimate how much the Fed’s other policy lever – quantitative tightening – could tighten financial conditions and crush asset prices even further.

Many economists, including Fed staffers, reckon QT is already priced into financial markets or its impact will be minimal – the Fed outlined its program in May, and it will be conducted over a long time at a steady and predictable pace.

But as the wild post-pandemic gyrations in markets, economic activity, inflation, and policy have shown, no one really knows.

The private sector absorbing an extra $2 trillion of Treasuries and mortgage-backed securities over the next couple of years is new territory, and the ramping up this month of monthly QT to $95 billion comes at a particularly febrile time.

The August inflation report triggered a 50-basis point surge in the Fed’s implied terminal rate to 4.40%, sent the two-year Treasury yield to a 15-year high of 3.90%, pushed US mortgage rates above 6% for the first time since 2008, and wiped trillions off the value of global stocks.

That was just from one month’s data. Are markets ready for QT to kick in as well?

Quantifying that impact is tricky, to say the least.

In a paper published in June, Atlanta Fed research economist Bin Wei estimated that a $2.2 trillion roll-off of Treasuries from the Fed’s balance sheet over three years is equivalent to an implied 29 bps increase in the fed funds rate in “normal times,” but 74 bps “during turbulent periods.”

It is reasonable to assume that the two and a half years since the pandemic exploded in March 2020 have not been normal, and that such times may not return for markets for a long while.

Another Fed paper in June found that $2.5 trillion of QT over the next few years would be roughly equivalent to raising the policy rate a little more than 50 bps.

Solomon Tadesse, head of North American Quant Strategies at Societe Generale, is far less sanguine. He estimates that every $100 billion of QT is the equivalent to a 12 bps increase in the policy rate.

He estimates that to properly contain inflation, the Fed may need to effectively tighten policy by a further 9 percentage points, split evenly between rate hikes and QT.

That implies a terminal rate of 4.50% – where current pricing is – and the Fed shrinking its $9 trillion balance sheet by almost $4 trillion.

“The market is understating, or not fully anticipating, what will come on the policy front. We have never seen proper QT in our lifetime. We are in a new paradigm,” Tadesse acknowledges.

There are so many variables. Will the Fed pivot? Would that see the Fed go easier on the funds rate or QT? Does the stock or flow of QT matter more for markets?

Strategists at BofA think the Fed will shrink its balance sheet by $1.5 trillion by December 2023, when it will start cutting rates. But if the economy skirts recession, QT could swell to $2.5 trillion.

Economists at Credit Suisse, however, reckon the Fed won’t ease policy at all next year because it needs to kill inflation “even at the cost of recession.” Markets will find much harder to position for this.

Financial conditions have tightened some 300 bps this year, according to Goldman Sachs’s Financial Conditions Index (FCI).

In a note on Thursday, Goldman’s strategists outlined potential market outcomes if more hawkish Fed scenarios play out – a ‘moderate’ case in which unemployment rises to 5%, and a more ‘severe’ case where unemployment hits 6%.

“If only a significant recession — and sharper Fed response to deliver it — will tame inflation, then the downside to both equities and government bonds could still be substantial, even after the damage that we have already seen,” they wrote.

Goldman’s models are based on additional rate hikes only. Throw in QT, and the damage could be even greater.