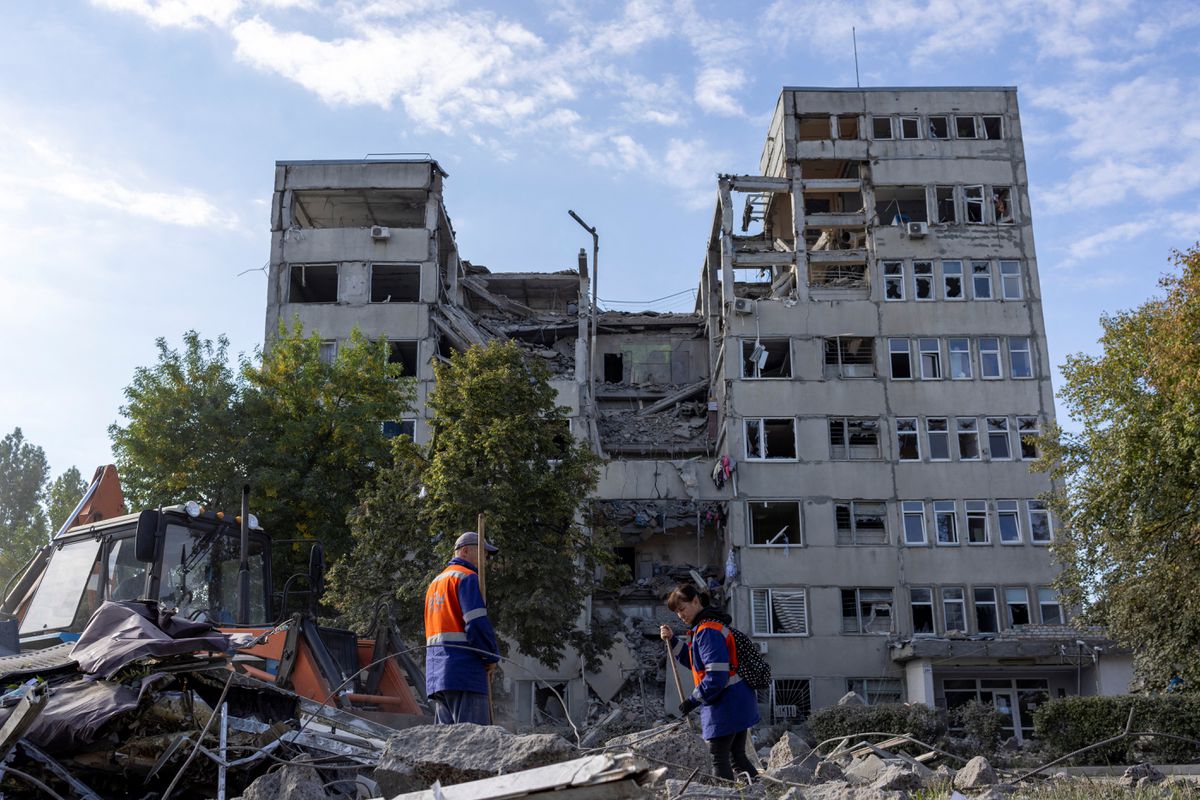 Ukraine said it was trying to extend its lightning counter offensive in the east, but pro-Russian officials said they were holding the line for now and US President Joe Biden said the war still looked like a long haul despite Kyiv’s recent success.

Russian forces suffered a stunning reversal this month after Ukrainian troops made a rapid armored thrust with special forces in the northeastern region of Kharkiv, forcing a sometimes rushed and chaotic Russian withdrawal.

Ukrainian President Volodymyr Zelensky said in a late night address on Tuesday that his army had liberated around 8,000 square km (3,100 square miles) of territory so far this month, a swath of land nearly equivalent to the island of Cyprus.

Reuters was not able to immediately verify the full scope of battlefield successes claimed by Ukraine.

What he called “stabilization measures” – fully securing and rooting out any pro-Russian elements – had been completed in about half of that territory, said Zelensky, who repeated his desire to liberate all of his country by force.

Ukrainian troops were now assaulting the Russian-held town of Lyman in Ukraine’s Donetsk region, Oleksiy Arestovych, an adviser to Zelensky said, and were eyeing territorial gains in the neighboring Luhansk region which is under Russian control.

“There is now an assault on Lyman,” Arestovych said in a video posted on YouTube, predicting a fight too for the town of Svatovo, where he said the Russians have storage depots.

“And that is what they fear most – that we take Lyman and then advance on Lysychansk and Sievierodonetsk,” he said, referring to twin cities in the Luhansk region taken by Russia after fierce fighting in June and July.

Denis Pushilin, head of the Russia-backed self-proclaimed Donetsk People’s Republic, said troops loyal to Moscow had successfully pushed back Ukrainian forces trying to make inroads into Lyman and that the situation had stabilized for now.

“Nothing worked out for the enemy,” said Pushilin, adding that Ukrainian attacks to the north and south of Lyman had also been repelled.

Asked whether Ukraine’s lightning counter offensive in the east was a turning point in the six-month war, US President Joe Biden said it was hard to tell.

“It’s clear the Ukrainians have made significant progress. But I think it’s going to be a long haul,” said Biden.

Russian forces still control about a fifth of Ukraine in the south and east, even though Kyiv is now on the offensive in both areas.

The White House, which has provided billions of dollars of weapons and support to Ukraine, has said the United States is likely to announce a new military aid package in the “coming days”.

Pope Francis said on Wednesday that God did not guide religions towards war, an implicit criticism of Russian Orthodox Patriarch Kirill, who backs the invasion of Ukraine and has boycotted a conference of faith leaders.

“God is peace. He guides us always in the way of peace, never that of war,” Francis said, speaking on the second day of a trip to Kazakhstan.

In a move that suggests Russian President Vladimir Putin had much wider war aims when he ordered tens of thousands of troops into Ukraine on Feb. 24, three people close to the Russian leadership told Reuters that Putin had rejected a provisional deal with Kyiv as the war began.

They said the deal would have satisfied Russia’s demand that Ukraine stay out of NATO and had been brokered by Putin’s then top envoy on Ukraine. The Kremlin said the Reuters report had “absolutely no relation to reality.”

On top of its reversals in Ukraine, Russian authorities are also facing challenges in other former Soviet republics.

About 100 people have been killed this week in the deadliest fighting between Azerbaijan and Armenia since a 2020 war, prompting Putin to appeal for calm.

And on Wednesday, shooting broke out between guards patrolling the border between Kyrgyzstan and Tajikistan, Russian news agencies said, citing the Kyrgyz border service.