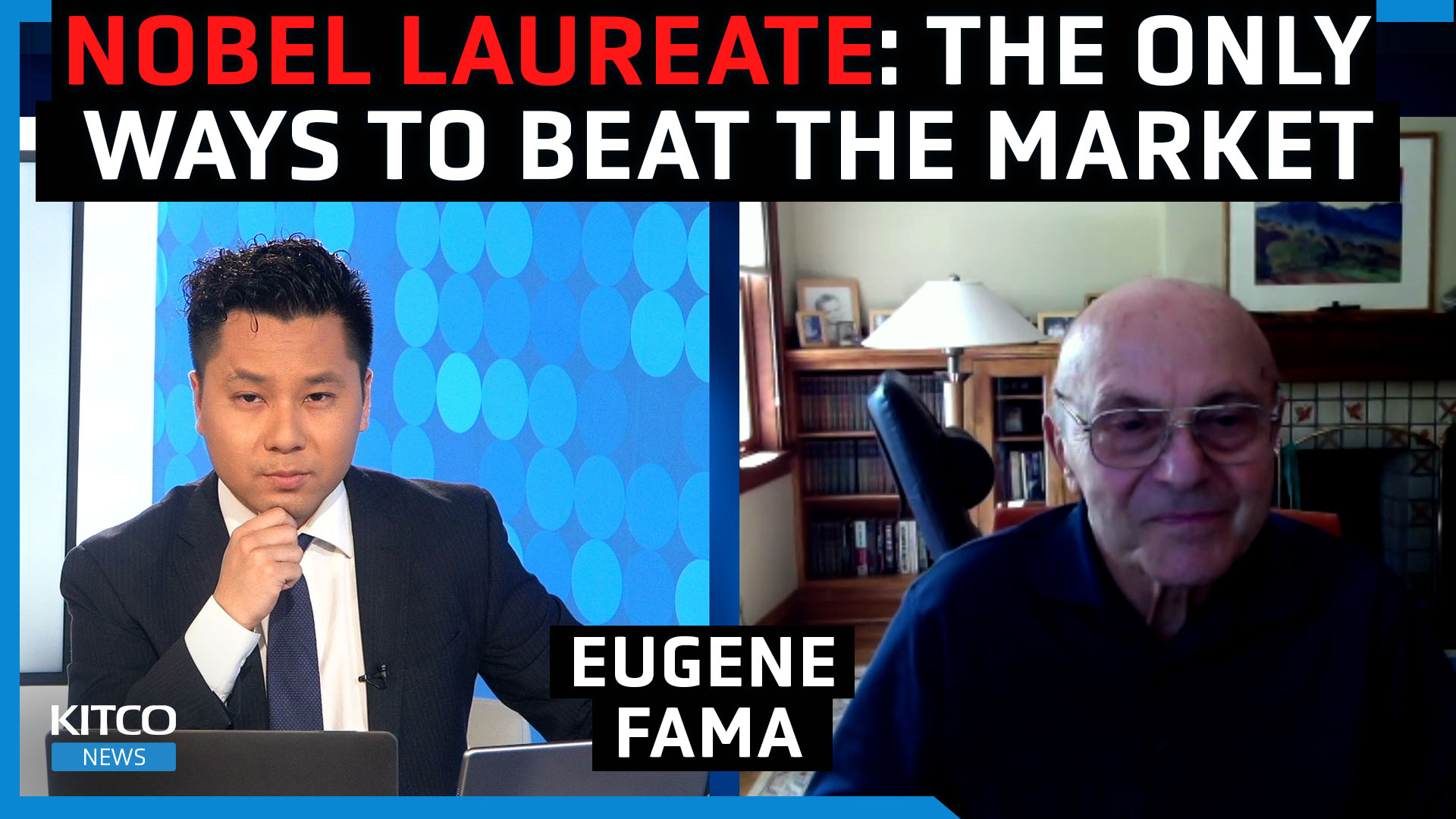 Bitcoin and gold are bad long-term investments, said Eugene Fama, 2013 Nobel laureate in economics and Professor of Finance at the University of Chicago.

“This is a case where the market hasn’t figured out [Bitcoin] has no value,” he said. “At the moment, I guess even the crooks don’t transact and hold it. They’ll probably transact in it, then give it up quickly for something else because it’s just too risky.”

When it comes to gold, Fama stated that it has a “highly volatile price” and is a “terrible hedge against inflation because its price is too variable relative to the price of goods and services.”

Fama, who won the Nobel Prize in 2013 for his work on asset pricing, portfolio theory, and the efficient market hypothesis, spoke with David Lin, Anchor and Producer at Kitco News.

Inflation and the US Dollar

US headline inflation was 8.5 percent in June, its second-highest level in 40 years. Fama said that inflation worries him “a lot.”

To tackle inflation, “in the old days, [The Fed] would contract its supplies of reserves,” said Fama. “But now it thinks it can do it by raising the interest rate on reserves, making people less willing to hold other assets or do anything else… But the question is, how high is that interest rate?”

Fama stated that even if the Fed were to raise interest rates to high levels, “we don’t know if it would work at all” to fix inflation, since “this regime never existed before.”

He added that if he were Fed Chairman Jerome Powell, he would “get another job.”

The efficient market hypothesis (EMH) is closely associated with Fama, who won the Nobel Prize partly for his work in this area. The EMH claims that it is not possible, on average, to beat the market, since all available information has already been priced in.

“The main involvement [EMH] has for investors is that it’s impossible to beat the market,” said Fama. “So, basically, passive investing is the way to go.”

He added a caveat that “markets are not efficient as far as insiders are concerned,” pointing out that insider trading can weaken the EMH.

When it comes to the implications of EMH for managed funds, Fama stated, “when you look at active managers, everybody claims to have special information, and most of them don’t.”

As for technical analysis, he said “I don’t want to be insulting, [but] basically I think that’s a hopeless activity.”

To find out Fama’s thoughts on the greatest risk to the global economy, watch the video above