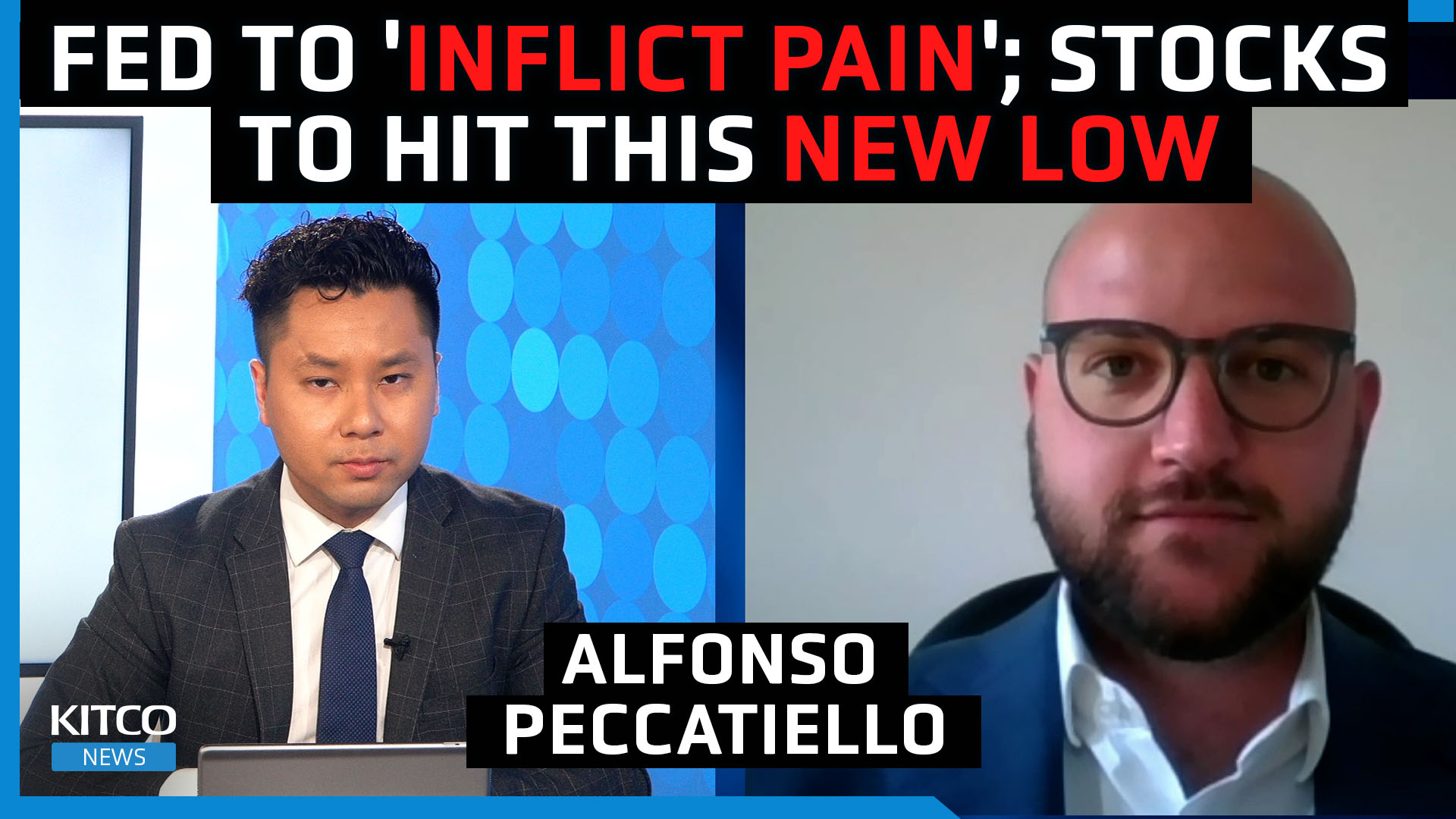 The Fed will ‘inflict pain’ to get inflation down to 2 percent, said Alfonso Peccatiello, Author of The Macro Compass. The central bank’s resulting policy will adversely affect stocks and cryptocurrencies.

“Those are pretty strong words for a policymaker,” said Peccatiello. “What he means is that the Fed will not stop until the job is done. The job means that inflation goes back to 2 percent.”

Peccatiello added the effect of the Fed’s policy on “risk assets” like stocks and crypto could be said.

“[The Fed] has to keep their monetary policy tight,” he said. “When real yields are high, every investment you are making becomes, from an evaluation perspective, less attractive.”

Powell’s Jackson Hole speech means that the Fed is trying to regain credibility, after it failed to keep inflation around its 2 percent target, said Peccatiello. That means the Fed will not “pivot” and reduce rates until “the job is done.”

US inflation is currently 8.5 percent in July.

“You do not regain credibility by moving the goalpost,” he added. “The goalpost is 2 percent [inflation].”

“We’re talking almost 1 percent positive real yields in the US,” said Peccatiello. “[Powell] has achieved that objective, which gives him credibility.”

Peccatiello said that Powell will achieve his 2 percent inflation target “if he inflicts enough pain on the private sector… The bond market is pricing in a decent probability, roughly 35 percent, that the Fed funds rate will go to 4 percent.”

As the Fed endeavors to tame inflation, Europe is struggling with spiking energy prices. Europe’s benchmark electricity price rose to 10 times its decade-long average, and natural gas prices hit €321 ($321) per MWh, compared to €27 ($27) per MWh a year ago.

This comes as Russia has shut off is Nord Stream 1 gas pipeline for maintenance. Russia supplies 40 percent of the European Union’s natural gas needs.

“Roughly 7 to 10 percent of [Europe’s] GDP bill is coming from electricity, energy, and gas over the winter,” said Peccatiello. “That is extremely large. We’re talking a cost as large as a banking crisis in Europe… I think, at the base case, that Europe will barely make it through the winter at a very expensive price.”

He added that in the long-term, Europe will have to change its energy model, “to make sure they have other energy sources to continue to deliver and produce goods they can export.”

To find out Peccatiello’s outlook for stocks and Bitcoin, watch the video above