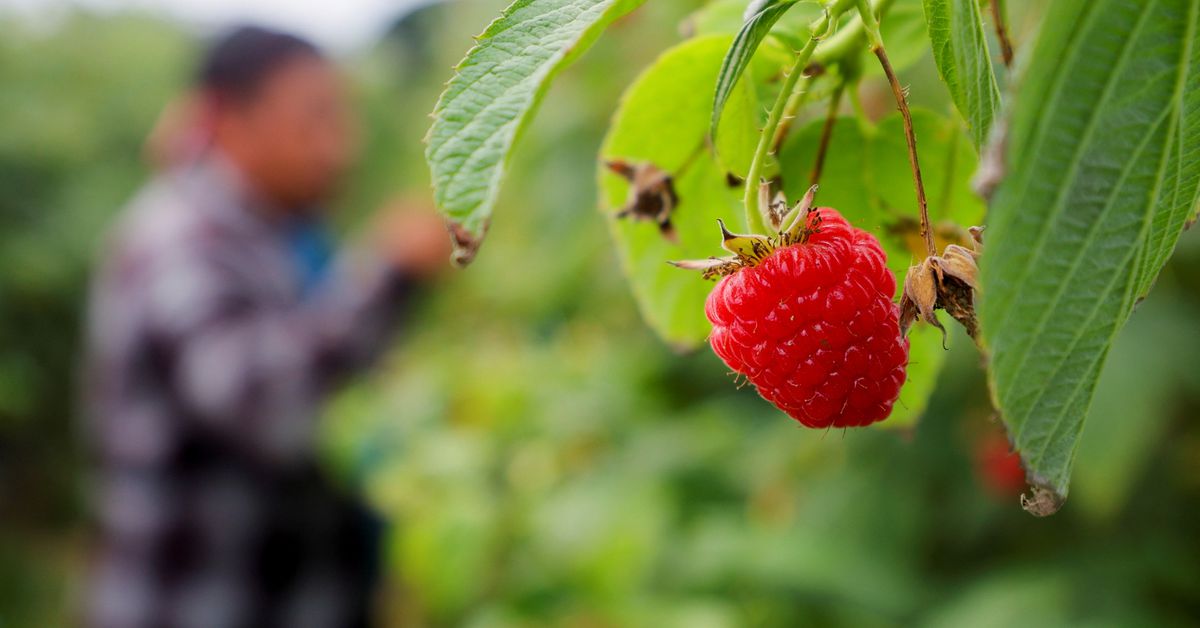 MONTREAL/OTTAWA, Aug 29 (Reuters) – A swath of Canada better known for maple syrup is being tested to mass produce berries normally grown in warmer locales, making it the unexpected beneficiary of extreme weather, local demand and rising costs in traditional growing areas like California.

The efforts aim to see if Canada’s most populous provinces can be cost-effective regions for larger-scale production of blackberries, raspberries and strawberries despite a colder climate that normally limits berries to a short summer season.

The long-term initiative is being driven by strong demand for local berries – it is cheaper to grow and ship within Canada than to sell imported berries – and by water shortages and drought conditions in California and beyond.

“We have probably gone to most of the obvious places in the world. Now we are moving into more challenging territories,” said Soren Bjorn, president of Driscoll’s of the Americas, which sources most of its berries from Mexico and the United States.

High fuel costs are also a reason “to grow products closer to where the end game is,” or near consumers, said Brian Bocock, vice president of sales and product management at Naturipe Farms, which is testing blueberry and raspberry production in Quebec and Ontario .

No one in traditional growing areas like California is panicking from the efforts to grow berries on a larger scale in Canada. The Canadian trials, for one, are still in their early stages, making it unclear whether Canada could become a more significant player in the berry market in the coming years.

Even with a longer growing season and new varieties, it would be hard for Canada to compete with the likes of major berry-producing regions like California on volume.

“Here the strawberry season, and raspberries similarly – they’re set up to be harvested day after day after day, week after week after week,” said Daniel Sumner, director of the University of California Agricultural Issues Center, adding the bigger threat for the state is Mexico with its cheaper labor.

Instead, the berry trials highlight the long-term challenges growers face as climate change reshapes global agriculture, affecting everything from grains to wine. Olive oil production in Italy, for example, was once the preserve of hot and arid areas but is now produced in northern regions like Val d’Aosta more famous for its ski resorts. read more

“Climate change is disrupting agriculture and impacting their top lines and bottom lines,” Himanshu Gupta, CEO of Climate AI, which works with Driscoll’s and models the impact and risk posed by extreme weather on business metrics.

“Adaptation is going to drive winners. The ones who can adapt faster are the ones who are going to end up winning the market.”

Growing strawberries, raspberries and blackberries in central Canada is not new, though the scale and growing season targeted by Driscoll’s and Naturipe are. Instead, the country is more famous for blueberries, of which it is the world’s second-largest producer behind the United States, thanks mainly to production in British Columbia’s temperate Fraser Valley.

Climate change stands to affect how blueberries are grown as well – growers in Fraser Valley are now eyeing lands further north, some as far as the city of Prince George that is on the same parallel as cities like Dublin and Hamburg, Germany.

Pria Uppal, director of sales at Fraser Valley Packers Inc, a large blueberry processor and packer, said some experienced growers are “preparing ahead of time” and looking to buy land in northern British Columbia.

Privately-held Driscoll’s, which has annual revenues of more than $5 billion, is similarly preparing for the future by diversifying its berry supply sources.

“We are going through all our critical regions trying to figure out what’s likely to happen 25 or 50 years from now and what are the implications of that,” Bjorn said.

At Masse Nursery southeast of Montreal, temporary workers from South America pick raspberries and blackberries to be sold under the Driscoll’s brand – one of a handful of sites in Quebec and Ontario being tested for larger production.

The nursery started growing berries for Driscoll’s last year on a trial basis and expects to produce 80 to 100 tons of fruit from late June to September.

High plastic tunnels protect the berries from rainfall and generate heat to extend the growing season by a few weeks, said Sebastien Dugre, a co-owner with spouse Justine Masse.

“Quebec is not a traditional place to grow blackberries and raspberries compared to other regions in the world,” Dugre said.

“But I do feel with the infrastructure that’s available now we can come up with a more steady way to produce on a commercial scale good-tasting raspberries for a longer season.”

As costs in traditional growing hubs rise due to volatile weather, the disparity with places like Quebec and Ontario decrease and make local production more viable, Bjorn said.

In California, for example, the Public Policy Institute of California estimates $1.1 billion in revenue losses and increased pumping costs due to drought.

And as growers in California spend more to protect their crops, places like Canada become more attractive.

“All of a sudden, Quebec isn’t so disadvantaged from a cost standpoint,” said Bjorn.

Reporting By Allison Lampert in Montreal and Julie Gordon in Ottawa, editing by Deepa Babington