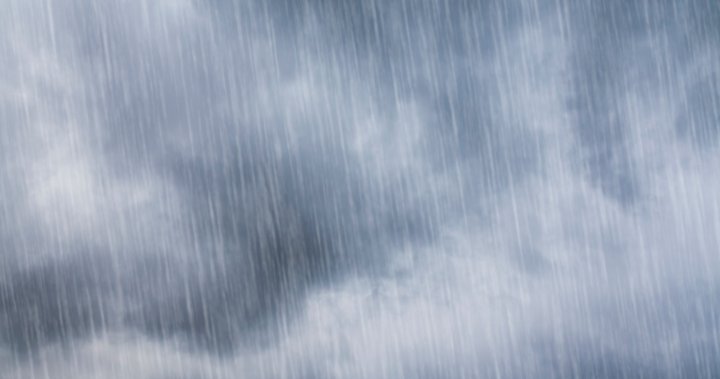 A team of European researchers released a study last week claiming rainwater in every area of ​​the world is unsafe to drink due to the presence of PFAS (commonly called “forever chemicals”).

The study, completed by a team of researchers at Stockholm University and ETH Zurich, was published in the peer-reviewed journal Environmental Science and Technology on Tuesday. The study claims the levels of per- and polyfluoroalkyl substances (PFAS) in rainwater exceeds established US guideline values ​​for what is deemed “safe.”

Earth is spinning faster than normal, and we just had our shortest day in recent history

In a press release, the researchers of this study also note that guideline values ​​for PFAS in drinking water, surface waters and soils have “decreased dramatically” over the last 20 years as scientists learn more about their toxicity to humans and wildlife.

Ian Cousins, the lead author of the study, said the acceptability of the cancer-causing chemical perfluorooctanoic acid (PFOA) is a prime example, as its guideline value has declined by 37.5 million times in the US over the last two decades.

Researchers reported the level of PFAS in the environment is now “ubiquitously above guideline levels.”

There are thousands of man-made substances that qualify as PFAS, many commonly used as surfactants, lubricants and repellents, according to the Canadian government. PFAS can be found in firefighting foams, textiles, cosmetics and in food packaging materials.

It is dangerous to come in contact with PFAS — through drinking water, food or otherwise.

“PFAS have been associated with a wide range of serious health harms, including cancer, learning and behavioral problems in children, infertility and pregnancy complications, increased cholesterol, and immune system problems,” the study’s press release reads.

The researchers acknowledged that, while the “industrial world” does not drink rainwater, “many people around the world expect it to be safe to drink and it supplies many of our drinking water sources.”

The study found that even in the most remote areas of the world, such as Antarctica and the Tibetan Plateau, rainwater was still contaminated with unsafe levels of PFAS.

Despite the phasing out of PFAS by major manufacturers on an international level, the study claimed the atmospheric levels of some harmful PFAS are not declining.

“PFAS are known to be highly persistent, but their continued presence in the atmosphere is also due to their properties and natural processes that continually cycle PFAS back to the atmosphere from the surface environment,” the press release reads.

“The extreme persistence and continual global cycling of certain PFAS will lead to the continued exceedance of the above-mentioned guidelines,” said Martin Scheringer, co-author of the study.

According to the study, until recently it was commonly believed that PFAS would eventually wash off into the oceans where they would dilute over decades. The researchers claim this is not true, and instead maintain that the presence of PFAS in oceans can worsen the situation.

They claim ocean-bound PFAS “can be significantly enriched on sea spray aerosols (SSA) and transported in the atmosphere back to shore where they will be deposited and contaminate freshwaters, drinking waters and surface soils.

This cycling will lead to continued exceedance of PFAS in the environment, the study claims.

“So now, due to the global spread of PFAS, environmental media everywhere will exceed environmental quality guidelines designed to protect human health and we can do very little to reduce the PFAS contamination,” said Scheringer.

“In other words, it makes sense to define a planetary boundary specifically for PFAS and, as we conclude in the paper, this boundary has now been exceeded.”

In the press release, Jane Muncke, managing director of the Food Packaging Forum in Switzerland, who was not involved in the study, said companies must not use PFAS.

“It cannot be that some few benefit economically while polluting the drinking water for millions of others, and causing serious health problems,” Muncke said.

“The vast amounts that it will cost to reduce PFAS in drinking water to levels that are safe based on current scientific understanding need to be paid by the industry producing and using these toxic chemicals. The time to act is now.”