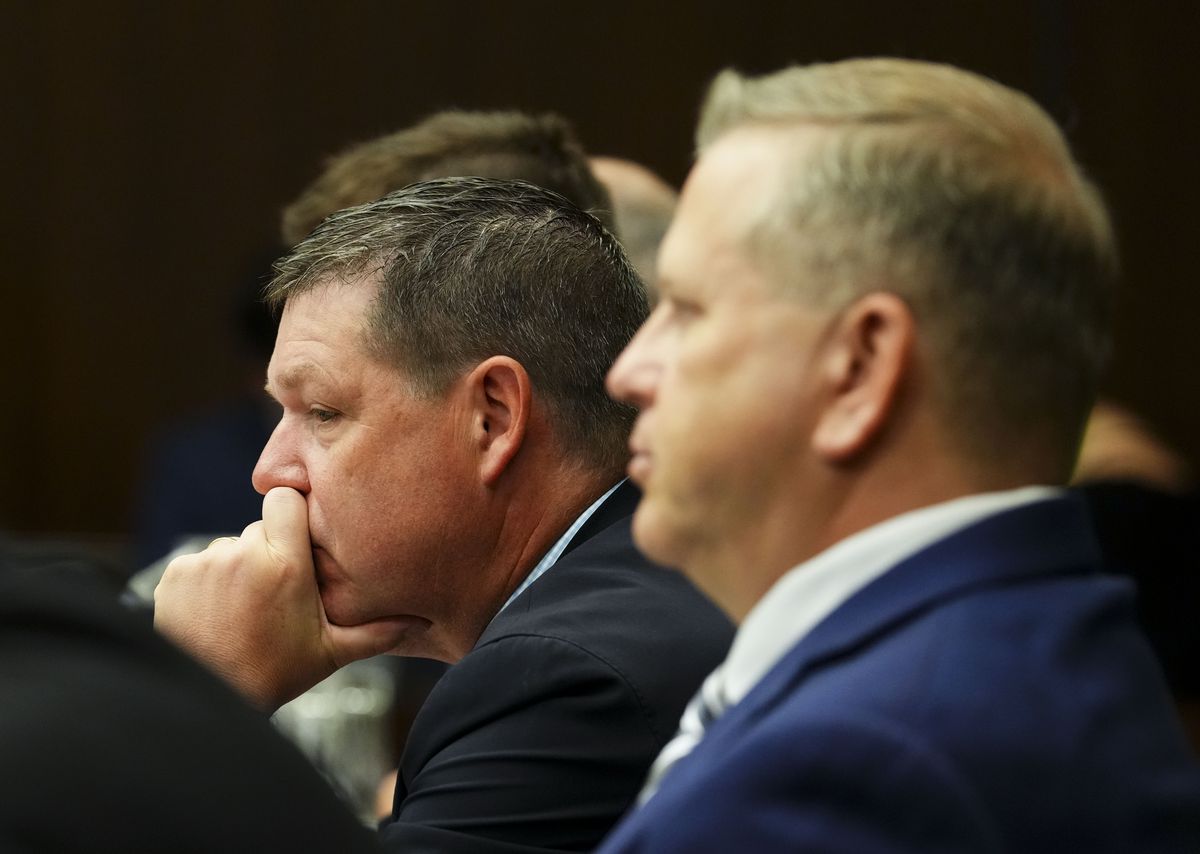 Awhile back, I had a job in a movie theatre. The theater at the foot of an atrium in an open-plan tower. We plebs could look up at the offices and hallways above, where the corporation’s big wigs worked.

The biggest wig in our world would often lean over a balcony and stare down at us, like a gargoyle in pinstripes. If you were caught loafing, a call would be made and you’d hear about it.

One day, there was a commotion from several floors above – a lot of screaming and banging. The biggest wig had been fired. His reaction was to go back to his office and barricade himself inside it.

The banging was security kicking in the door. The screaming was him being dragged to the elevators. It was a different time.

But the lesson therein is timeless. Nobody likes being canned. But people in charge take it particularly hard.

In any other country, this would be over now. Through a combination of popular outrage and political panic, the Hockey Canada edifice would have been burned to the ground.

But in this country we continue to believe shame will do the job for us. That the people in charge of this world-class gong show will get the message and slink off home.

But Hockey Canada’s leadership is not operating on Canadian rules. They’re pulling from the American handbook on how to survive a scandal. Shamelessness is a prerequisite.

Their first job was deflecting.

In terms of an absolute defence, the deflecting’s gone about as well as a guy trying to push off bullets by waving his hands around. But it bought time. The men in charge knew they could count on Ottawa to a) quickly promise to take decisive action and b) take absolutely forever to decide what that decisive action looks like.

Deflecting has another virtue – it dilutes outrage. No matter how awful, people can only read about a story for so long without becoming bored. And there’s always a fresh outrage to entertain us.

This week, Hockey Canada hired someone to head an investigation into the workings of Hockey Canada. You could’ve written out this person’s CV long before the name was made public – retired judge, history of public service, member of the new Family Compact, etc.

Finding people is not hard. There are a whole bunch of them out there twisting their thumbs, itching for someone to stick a microphone in front of them.

But after two months of withering pressure, Hockey Canada is just now figuring out who will set up the Slack group to discuss how to begin discussing their problems. Let me guess that if they’d been bleeding cash instead, organizing some sort of working committee would have taken two hours.

But this is how you do it, American-style. Pretend it’s a live broadcast with screen time to fill before commercials – stretch. Keep talking about nothing. Don’t stop speaking. It’s the silence that kills.

While you’re stretching, keep your eye on the horizon. That’s where the sports are. If you can make it to sports, you might be okay. The same people who wanted your head paraded in the town square yesterday might be distracted by a waving flag.

On Tuesday, the world junior hockey championship begins in Edmonton. Over the weekend, there will be a barrage of publicity about the tournament that launched a thousand official denials. We’ll rehash the particulars of this ugly affair and assess where we’re at. This column is part of that.

By Tuesday, the usual outlets will be talking about hockey. How’s Canada’s top line measuring up? Where’s the United States at? Whither the Olympic team?

This is how you erect a modern, media barricade.

Having seen a million of these things go down in recent years, you know you’re not going to talk your way out of your problem.

Bottom-line: You were in positions of authority at a public institution when something abhorred happened. The integrity of that institution cannot be maintained if you continue to lead it.

This is obvious. But in our rush to definitely nail someone, anyone, we have skidded past the obvious. Now we’re all deep in the weeds, hacking away.

Uncovering the minutiae about who said what to whom at what board meeting may absorb reporters and politicians, but it only serves Hockey Canada’s current leadership.

While we’re Inspector Clouseau-ing this thing, we’re also avoiding the clear end point. The longer we spend doing that, the more likely it is that these fish all get off the hook.

This was the goal all along. Deflect, get to the world juniors, hope that Team Canada wins and that everyone is too exhausted by the end of it to keep taking pops at you. By the time your judge wraps up his report – let me guess ‘Mistakes were made but there is a clear plan forward’ – maybe you’ll have successfully run your gauntlet.

It’s not a plan, as such. As with Hockey Canada’s in-camera board meetings, nobody’s written it down. It’s instinctive process based on observation. In scandals as in sports, the mission is getting through today.

It’s not going to work. That’s also obvious. No matter what the eventual report says, it will reignite outrage.

The names of the players involved in the two alleged assaults will come out, probably during the NHL season. That will reignite outrage.

At any time, the alleged victims could make fulsome public declarations. That will reignite outrage.

Any way you go, the outrage is going to leak out again. The only way to contain it is to blow this down to the foundations. Eventually, everyone’s going to realize that.

Really, all that’s being decided now is how you want to get to the elevators – walking under your own power, or being dragged there screaming by the rest of Canada.