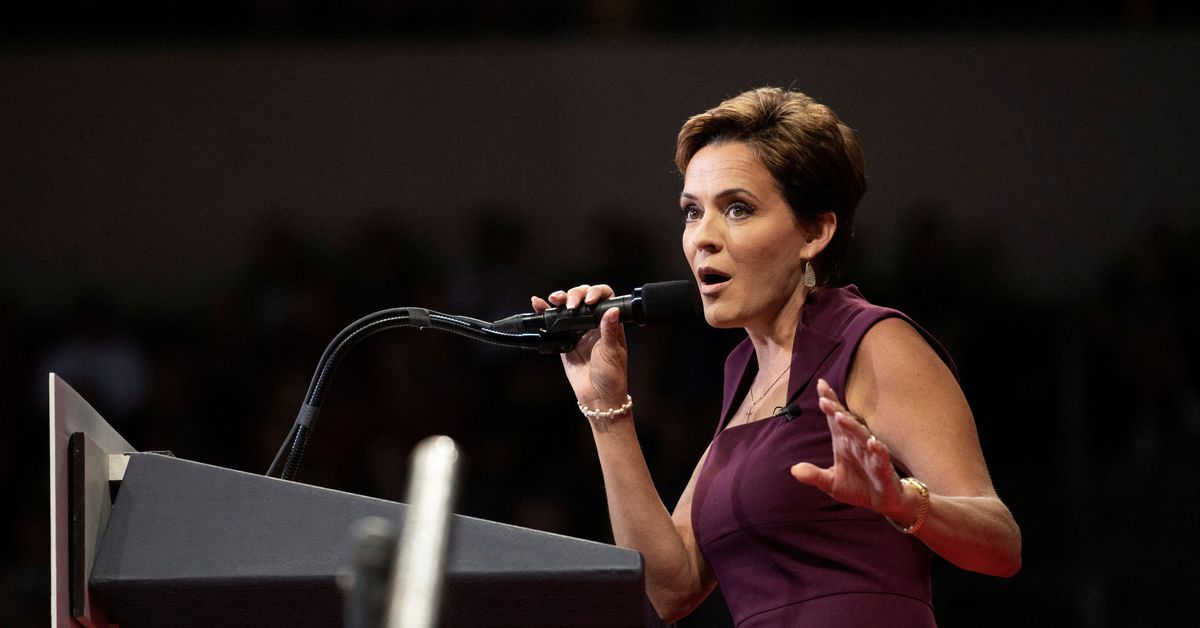 Lake has promised to try to enact a slew of election measures if elected in November’s general election, including eliminating vote-counting machines and banning voting by mail.