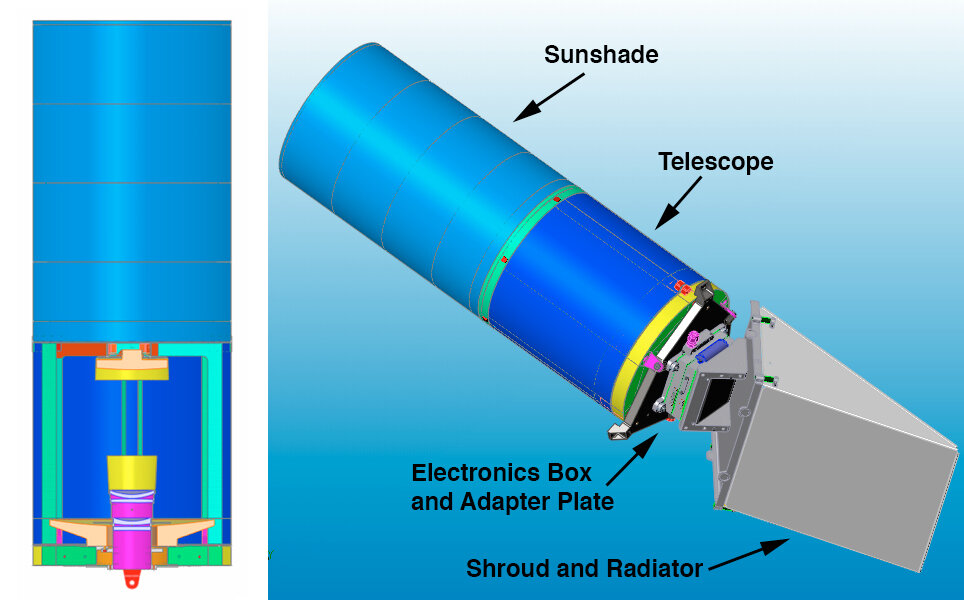 Developed by Arizona State University and Malin Space Science Systems, ShadowCam is one of five instruments on board KARI’s KPLO spacecraft.

A hypersensitive optical camera, ShadowCam, will collect images of permanently shadowed regions near the Moon’s poles. This will allow ShadowCam to map the reflectance of these regions to search for evidence of ice deposits, observe seasonal changes, and measure the terrain inside the craters. The ShadowCam instrument was designed based on previous imagers like those found on the Lunar Reconnaissance Orbiter, but it is several hundred times more light-sensitive to allow for capturing details within the permanently shadowed regions.

The data gathered from ShadowCam and the other KPLO instruments will support future lunar exploration efforts, including Artemis. The high-resolution imagery captured in extremely low-light conditions could help inform landing site selection and exploration planning for future Artemis missions by providing insight into terrain and lighting conditions, and the distribution and accessibility of resources like water ice that are useful for long- duration stays. The data from ShadowCam and the unprecedented views into the permanently shadowed regions could also help scientists learn more about how the Moon formed and evolved and about our solar system.

In addition to ShadowCam, NASA is also contributing communications and navigation support to KPLO and science support to the KPLO team via nine NASA-funded scientists. The Republic of Korea (ROK) signed the Artemis Accords last year and continues to collaborate with NASA on lunar exploration efforts.

In ROK, the orbiter is known as “Danuri” after a public naming contest resulted in a name combining the Korean words for “Moon” (dal) and “enjoy” (nuri).

Over the next 4.5 months, KPLO will use a fuel-saving Korean Ballistic Trajectory 62-mile (100 km) lunar polar orbit, where upon arrival, it will then begin operations on a planned 11-month mission.