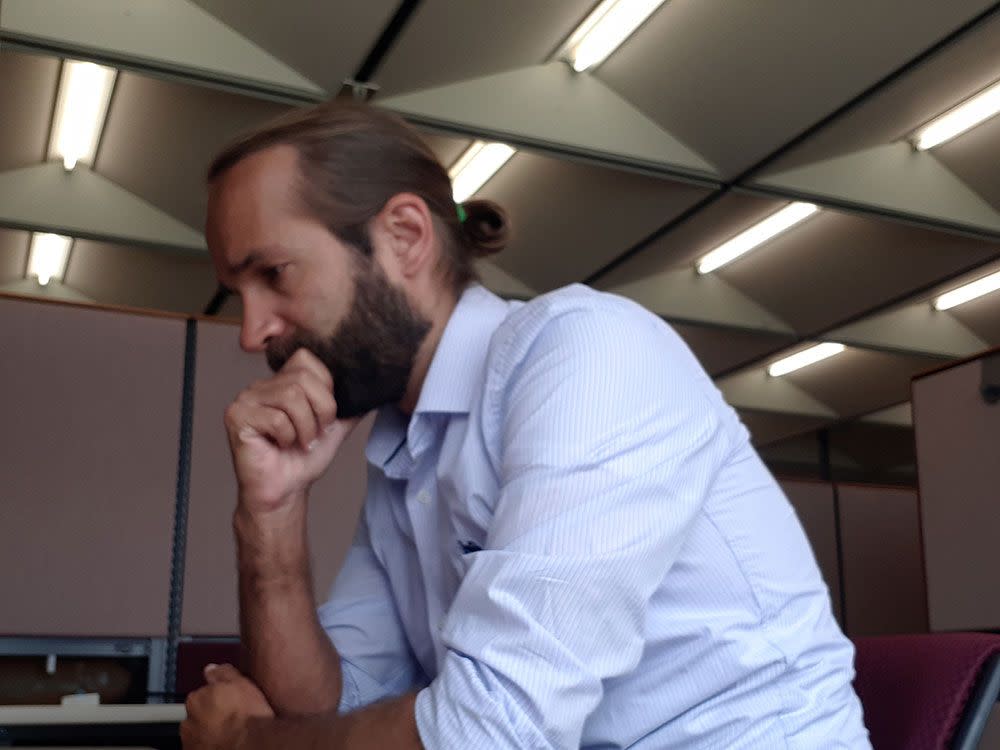 A cashier at a west end Toronto grocery store peered intently at a customer’s bill on a late July morning. She was looking for something specific — not an error, but proof that the price of an item had increased to the point where she was having misgivings about purchasing it again herself.

And that is Canada, in a historic, inflationary moment, the likes of which consumers — at least those who were old enough to be spending their hard-earned bucks on groceries, layers, cars, hotels, rent, booze and more — have not experienced since January 1983.

Year-over-year consumer inflation rank in at 8.1 per cent in June, after ringing in at 7.7 per cent in May, and this after a 6.8 per cent April gain. Yes, it is ugly out there on the consumer frontier, and it has been for several months.

The drumbeat of grim, inflation statistics doesn’t simply materialize out of thin air to wreak havoc upon household budgets. There are actual humans behind this monthly horror show, who collect, freight over, analyze, aggregate, verify, scrutinize, calculate, quality assure and closely guard the Consumer Price Index, the country’s primary measure of inflation, calculated by comparing the cost, over time, of a fixed basket of consumer goods and services. The inflation numbers, without fail, get released the third week of each month at 8:30 am on the appointed day, thanks to the team of bureaucrats who toil away at them inside Statistics Canada’s Consumer Price Division — that is, the CPD.

We are wonks, we are nerds, and we really love this stuff,

Andrew Barclay, an economist with the CPD

“We are wonks, we are nerds, and we really love this stuff,” said Andrew Barclay, an economist with the CPD. He wasn’t alive in 1983 and, on a personal level, he isn’t overly thrilled with the price of just about anything these days. One of the most unique aspects about working full time on the CPI, as 50 or so staffers do, is that upon leaving the office the inflation calculators get smacked in the wallet by the work they do, just like any other Canadian consumer.

“We are working on something that is so relatable to ourselves,” said Elizabeth Abraham, the division chief.

On that note, the chief has postponed home repairs, due to the cost of materials, and put off buying a new car. Barclay has been more strategic about driving places, and is trying his utmost not to indulge a weakness for luxury cheeses, while Chris Li, an assistant director with the CPD, is now walking and biking to more activities, and seeking out whatever deals she can find at the grocery store.

But that’s not to say the team can’t find a certain beauty in the numbers, painful as they are, and the stories they tell, such as how a war in Ukraine, and decreased global oil supply, leads to higher prices at the pumps ; how higher fuel prices have a knock-on effect on every sector of the consumer economy tied to transportation; how a semiconductor shortage is pushing up the price of cars, new and used; and how travel-starved Canadians are shelling out buckets of dough for ho-hum accommodations.

“It is a very interesting time right now, but it has always kind of been an interesting time,” Barclay said. He is clearly not the only nerd who feels this way. Abraham radiates enthusiasm, and an obvious sense of pride — and duty — when she speaks of the CPD’s statistical “rigour,” while Li intones, with painstaking seriousness, that “regardless of what happens in the economy — this number must go out, because so many programs rely on it.”

The three colleagues were initially confused by the Financial Post’s request to write a profile of the individual — and it turned out there isn’t just one — responsible for generating the monthly number that has been causing so much national angst.

So, about that number, and how it gets calculated: pre-pandemic, Joe Blow Statistics Canada contract worker, in North Vancouver, say, would go to the grocery store with a scanner, walk the aisles and scan everything from produce to name- brand cereals. Nowadays, some grocery stores provide the number crunchers in Ottawa with weekly scanner data straight from their registers. Food prices are also collected using store websites or flyers to account for outlets that don’t provide data.

The CPI might be a bunch of numbers, but it is also constantly evolving to reflect the times, and consumer tastes

Collection teams that used to head out into the field now generally occupy desks and use web-scraping software to pull prices from retailer and service-provider sites, for just about anything and everything one could think a Canadian consumer might buy, including, lately, recreational cannabis.

The CPI might be a bunch of numbers, but it is also constantly evolving to reflect the times, and consumer tastes. So, weed is in, while dinosaurs, like that old DVD player you have tucked in the basement, get dropped. Streaming services, smart watches, ride-sharing services, all are relative new additions to the index. The immense, macro price numbers, ultimately get boiled down to 100,000 representative data points, and weighted, such that the apples you buy, which may have increased in price by 10 per cent year over year, aren’t afforded the same statistical heft in determining the final inflation number as the $2,500 a month you are now paying in rent.

Here’s a scoop: The crew at the CPD already have a pretty clear idea of ​​what July’s inflation number is going to be, a number that will be finalized by Aug. 8, eight days before the big 8:30 am reveal at Statistics Canada headquarters in Ottawa. Whatever the number is — trust me, don’t bother asking — it is treated as top secret.

“Our families have been trained not to ask questions,” Abraham said.

That means no sweet, inflation-related whispers between spouses over a glass of wine, and no blabbing to the kindly old pensioner next door. Not even Bank of Canada governor Tiff Macklem gets tipped off prior to release day, and this despite being the guy responsible for jacking interest rates in attempt to stuff the 8.1-per-cent-inflation genie back in the bottle.

The team always has a case of butterflies the morning of the release. Having a hint of self-doubt is human nature, Barclay said, especially when the stakes are so high. There are no do-overs, no begging off sick, and no asking the boss for an extension, no matter how ghastly the final inflation number is for the public, politicians, and monetary policy folk to digest.

“CPI is not revisable, and so I often use the joke that, ‘We get one chance to get it right,’” Abraham said.

Back at the west end Toronto grocery store, the cashier with the keen interest, and dismay, over the price of corn, sprayed the register’s conveyor belt with a cleaning solution, gave it a thorough wipe and stood at the ready.