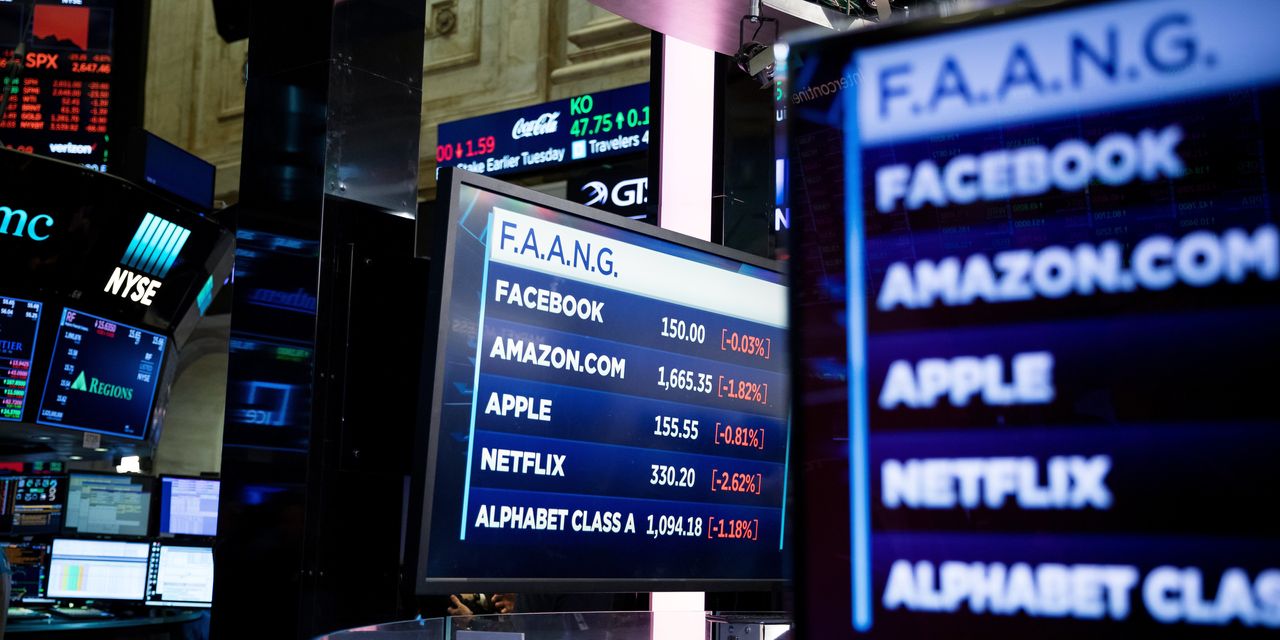 is starting the week at a seven-week high, bolstered by hopes for a less hawkish Fed and a sense that earnings pessimism was overdone.

The benchmark stock index is up 12.6% from the recent low hit md-June, having delivered its best July performance since 1939, according to Dow Jones Market Data. Last week’s 4.2% pop took it through resistance at 4,000, moving further above its 50-day moving average in the process. And so on.

But, naturally, some are not convinced.

With the S&P 500’s relative strength index now at 74 and in “overbought” territory, bearish short-term traders may be expecting a bit of a pull back.

“Last week looked like short-seller capitulation to us for the market at large and in mega-cap tech stocks in particular. Crescat is not capitulating at all. There were many ‘buy-the-news’ headlines that could mark the peak of yet another bear market rally,” Smith says in a note to clients.

“Yes, it was all really bad news, but short-term positioning was offside on the expectation of all this bad news, so there was a technical shakeout of short sellers,” Smith reckons.

On the economy, investors are fooling themselves if they point to a strong jobs market as evidence of a soft landing as the Fed tightens policy.

“It is sad how many people, including policy makers, appear clueless about the fact that labor markets are always a lagging indicator ahead of economic downturns. Because inflation is so high today, and the Fed so behind the curve, the current period of negative real growth is likely to be very drawn out and is only just getting started,” Smith argues.

And on big tech earnings he is particularly dismissive: “There was a massive deceleration in revenues, earnings, and free cash flow of all the FAANG+ stocks that have recently reported, and they are all still richly valued…The truth is that high-multiple growth stocks traditionally do poorly in an inflationary environment. These stocks are hardly even growing anymore especially on an inflation-adjusted basis.”

and Google (though the first and last are now listed as Meta META,

Smith concludes that because the FAANG+ results were not nearly as strong as the market has been interpreting, he is adding to his bearish bets. “We have been increasing our shorts there into this recent short covering rally. We think the equity bear market will resume soon in earnest with the Fed still in tightening mode and the yield curve now well-inverted.”

US equity index futures are a touch softer after their recent strong run, with the S&P 500 future ES00,

jumped more than 4% after the aerospace group got FAA clearance to restart deliveries of its 787 Dreamliner.

are down 3.2% to $95.44 a barrel after soft manufacturing surveys from China and Europe added to global growth fears.

shares slide further in Hong Kong on Monday after US regulators last week added the e-commerce giant to a list of Chinese-owned companies that could be delisted.

are holding near five-month lows after Ukraine was able to send its first grain shipment from Odessa since Russia’s invasion.

releases results before the market opens while Activision ATVI,

come after the closing bell.

are up 8% after the Asia-focused but London-listed bank delivered better-than-expected profits.

US economic data on Monday: ISM manufacturing for July and construction spending, both due at 10 am Eastern

You’d be stupid not to evaluate risk.

The war in Ukraine as seen from China.

If you wondered why the Senate democrats’ new tax and climate package has been dubbed the “Inflation Reduction Act of 2022” then this chart may explain.

Here were the most active stock-market tickers on MarketWatch as of 6 am Eastern.

Need to Know starts early and is updated until the opening bell, but sign up here to get it delivered once to your email box. The emailed version will be sent out at about 7:30 am Eastern