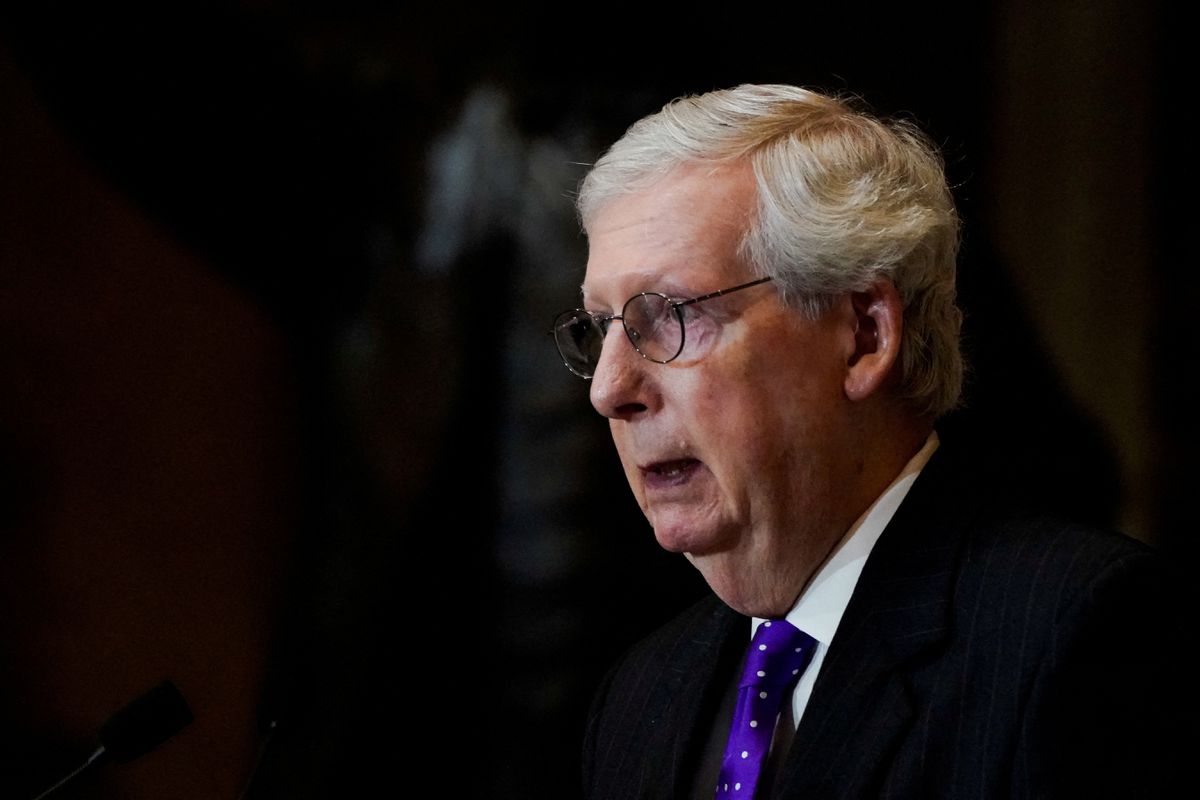 US Senate Republican leader Mitch McConnell, whose legislative skills have torpedoed many Democratic priorities, suffered a rare defeat himself this week, when Democrats thwarted his plan to block their new $430 billion drugs and energy bill.

McConnell, who has spent nearly half his 80 years in the Senate, had vowed to deny bipartisan support for a sweeping bill to subsidize the US semiconductor industry as long as Democrats pursued major legislation to battle climate change and lower the price of prescription drugs.

But hours after McConnell and 16 other Republicans voted to pass the semiconductor legislation, known as the “CHIPS” bill, Senate Majority Leader Chuck Schumer and fellow Democrat Joe Manchin surprised McConnell with a new climate and drugs package.

Republicans were led to believe Democrats had abandoned the climate and drugs bill. Under Senate rules, this bill can pass without Republican support so long as all 50 Democrats in the 100-member Senate back it.

McConnell sidestepped questions about the political maneuver but told Reuters in a brief interview that Democrats would regret moving forward on the legislation. Among other things, the legislation sets a 15 per cent minimum tax rate on corporations and promotes electric vehicles.

“It’s an unmitigated disaster for the country and we’re going to fight it as hard as we can,” McConnell said.

With the country facing inflation and President Joe Biden, a Democrat, deeply unpopular, Republicans hope to recapture control of the House of Representatives, and perhaps the Senate, in the Nov. 8 midterm congressional elections.

“The game’s not over yet, and I’m betting on Leader McConnell,” Senator Roger Marshall said.

Other Republicans stopped short of blaming McConnell for the Democratic Party success.

“They stiffed us on this,” Senator John Thune, the chamber’s No. 2 Republican, told reporters.

“The representations made by Democrats led our members to believe that this idea of ​​a big reconciliation bill with lots of taxes was dead, which is what freed up at least some of our members to work on the CHIPS bill,” he said.

Manchin, for his part, rejected that idea.

“I certainly hope they don’t feel that way,” he told reporters. “Under normal times both parties would have worked together on something like this.”

Several Republicans acknowledged that their best chance to defeat the legislation may depend on whether any Democrats get cold feet about raising taxes while the United States may be on the brink of recession.

With the Senate split 50-50 and Vice President Kamala Harris casting the tie-breaker, Democrats cannot afford to lose a single vote.

Some critics faulted McConnell for not obtaining a commitment from Schumer not to pursue the other bill.

“It was a serious mistake how we handled that,” said Republican Senator Ted Cruz, a prominent conservative who did not mention McConnell by name.

McConnell’s standing as Senate Republican leader faltered somewhat over differences with Biden’s predecessor, Republican former President Donald Trump. Some Trump allies now vying for the Senate have vowed not to support McConnell for leader in the next Congress, which begins in January.

“You’re not going to be leader if you don’t have a working relationship with Trump,” Graham told Reuters on Thursday.