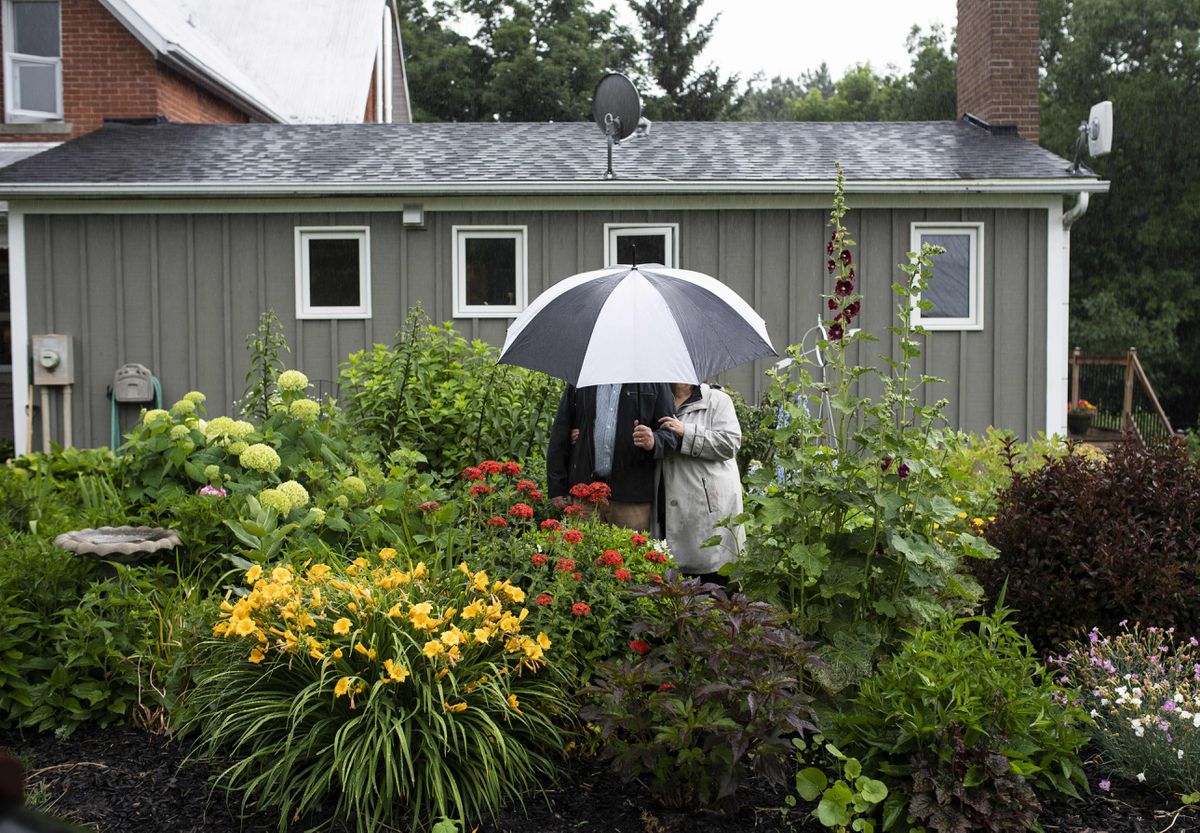 When they first had a Financial Facelift, Peggy and Howard were just starting out, “first home, first kid, first professional jobs,” Peggy writes in an email. A quarter century has passed since then. They’ve moved from the Prairies to an Ontario bedroom community. Howard is now 62, Peggy is 60. Both have government jobs paying a combined $250,000 a year with defined benefit pension plans. They also have a rental condo where their son lives with a roommate.

Now, with their working years approaching an end, they’d like to help their two children financially. “We never expected to have this ability,” Peggy writes. Given that they will have a “relatively healthy pension income, which is not inheritable, we would like to consider options for gifting to help our kids get ahead sooner rather than later.”

Howard plans to retire from work in 2024, at age 64, and Peggy in 2025, at 63. When they do, they plan to sell the rental condo and give partial proceeds to their children. They would sell the family home and move to another town.

Their questions: When is the best time to sell the condo to minimize capital gains? Should they contribute as much as possible to their registered retirement savings plans while they are working, then live off their withdrawals for a few years until they begin collecting Canada Pension Plan and Old Age Security benefits at age 70? Should they buy their retirement home in a nearby town now or wait until they retire?

Their retirement spending goal is $100,000 a year, which includes a comfortable travel budget.

What the expert says

Peggy and Howard’s pensions will provide a solid base for their retirement income and will fund most of their expenses, Mr. Oenar says. Howard’s pension will pay $70,000 a year. Peggy’s will pay $38,555 a year, including a bridge benefit to age 65, falling to $29,465 thereafter. His is fully indexed, his partly.

They are doubling up on the mortgage payments for their rental condo with the hope of having it paid off by the time they are both retired in 2026, the planner notes. As well, Peggy and Howard are catching up with unused contribution room to their tax-free savings accounts – contributing a combined $48,000 a year – to help pay for a planned renovation to their family home before they sell it. The renovation is estimated to cost between $120,000 and $140,000.

If the condo appreciates in line with inflation, assumed to average 3 per cent a year, “they should be able to distribute two-thirds of the proceeds to the kids and use the remaining proceeds, along with their work pensions, to fund their lifestyle before CPP and OAS start at age 70,” Mr. Oenar says. At age 72, they will have to start taking minimum withdrawals from their registered retirement income funds. “Any excesses can be invested in their TFSAs as room allows for potential distribution to their children or emergencies.”

In the meantime, they should be vigilant in tracking their expenses before they retire to ensure their estimates are precise, he says. Too many unforeseen major expenses may force them to make adjustments to their plan.

Peggy and Howard are right in planning to defer the sale of the rental property until they are no longer working and their income is relatively low, Mr. Oenar says. Howard is in the 44.97-per-cent marginal tax bracket and Peggy 43.41 per cent in Ontario. “In retirement, they could potentially drop to the second-lowest tax bracket by utilizing pension income splitting.” Income tax rules and market conditions can change, he cautions.

It makes sense for them to contribute some amount to their RRSPs while they are still working because their tax rate will potentially be lower in retirement, the planner says, “subject to cash flow needs and RRSP room.”

Peggy has $50,000 of unused RRSP room. “Tax refunds could be harvested and invested in their TFSAs.” Using this multistep approach, they would build up their assets, defer income taxes, build up emergency funds and potentially maximize assets for their children, one of their goals.

Should they buy their retirement home in another town now or later?

All of their cash flow is accounted for, the planner says. They say they would have to use their secured line of credit if unforeseen major expenses occur. “Buying the new property now and assuming a mortgage may be challenging to their current cash flow, so they may need to rent out the new property,” Mr. Oenar says. If they rent it, it would not qualify for the primary residence exemption for the years it was rented, the planner says.

They would also have to file a change-in-use with the Canada Revenue Agency in the year they moved to the new property, and they would have to report the resulting capital gain or loss even though there would be no actual change of ownership. This may result in another tax liability for the family. The simplest thing would be to buy the new home after they retire and sell the existing one.

The couple’s RRSPs are invested in global balanced funds. Their TFSAs had been invested more aggressively but they switched to guaranteed investment certificates and cash to prepare for the home renovation in 2024. Mr. Oenar’s forecast assumes a rate of return on investments of 6 per cent, an inflation rate of 3 per cent, and that Peggy and Howard live to age 98.

The problem: When should they sell their rental condo to minimize capital gains? Should they contribute the maximum to their RRSPs while they are still working? Should they buy their retirement home now before they have quit working and sold their existing house?

The plan: Sell ​​the rental condo after they have quit working and their income is relatively low. Give two-thirds to the children and keep a third to carry them through until they begin collecting government benefits. Wait until they retire before selling the family home.

The payoff: Simplify life and enjoy retirement without any worries.

Some details may be changed to protect the privacy of the persons profiled.