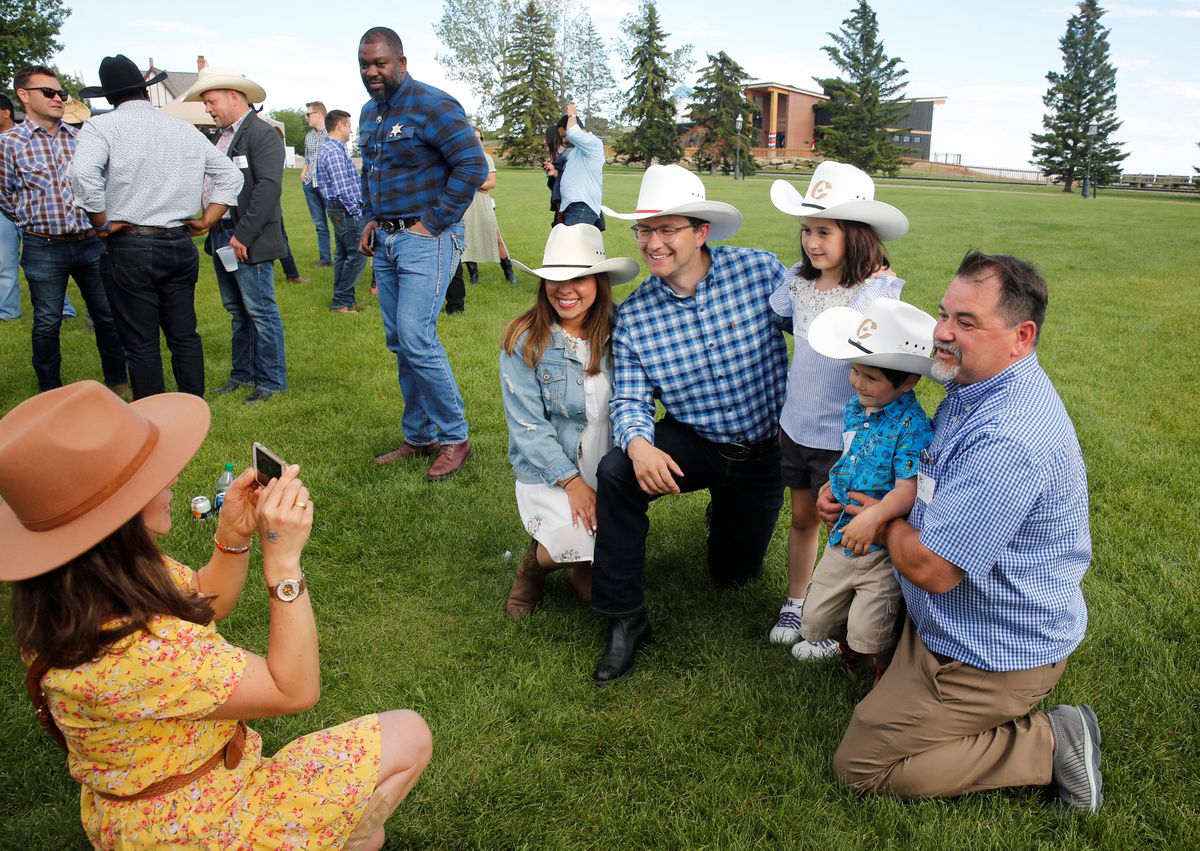 Pierre Poilievre is skipping the third official federal Conservative leadership debate, which was announced Thursday by the party in response to a positive vote by members on whether to hold such an event.

Leslyn Lewis, another candidate in the race to lead the Conservatives, is expressing reservations about the debate, which is scheduled for sometime next month, because she would rather spend time meeting members.

Asked about Mr. Poilievre’s refusal to attend, party spokesman Yaroslav Baran pointed to a section of the party’s leadership campaign rules that says failure to participate in a party-sanctioned debate will result in an automatic $50,000 penalty – or any amount deemed appropriate by the party’s leadership debates committee.

Mr. Poilievre’s campaign made their view clear Thursday afternoon in statement posted to Twitter that said the sole focus of the Ottawa-area MP is to get new and existing members to fill out their ballots and send them in.

“Pierre will be on the road again, without interruption, to help make that happen,” said the statement tweeted by Jenni Byrne, a senior adviser to the Poilievre campaign.

The new leader will be announced on Sept. 10, concluding a race that began when Erin O’Toole was voted out by his caucus in February.

In a statement, Ms. Lewis said she has planned out a packed schedule to maximize the amount of Conservative members she can meet in person.

“I am not sure what value we are giving the membership through a hastily scheduled debate at this time,” the Ontario MP said.

She added that the previous debates are viewable online along with many videos speeches and presentations that candidates have put out to convey their vision.

Asked if Ms. Lewis would attend, campaign manager Steve Outhouse said they are in discussions with the party on the issue.

There have been two previous official debates organized by the party’s leadership election organizing committee (LEOC). One was held May 11 in Edmonton in English. A debate in French was held in Laval, north of Montreal, on May 25.

Last week, a statement circulated to party members from LEOC chair Ian Brodie asked them to vote on whether to hold a third debate aimed at newer Conservatives among the 675,000 members the party says it now has.

Mr. Brodie said the third debate will be held in a private studio without an audience, streamed live on the internet, and allow candidates to make their final pitches to members.

On Thursday morning, the Conservative Party tweeted that 65 per cent of members voting on the question of whether to hold a third debate had supported the idea, and also noted that a total of 24,000 members voted in the survey.

There are five candidates in the race, including Ontario MP Scott Aitchison, former Quebec premier Jean Charest and Roman Baber, a former Progressive Conservative member of the Ontario legislature.

Mr. Charest, Mr. Aitchison and Mr. Baber had called for the third debate, as did Patrick Brown, who has been disqualified from the leadership race over allegations of financial irregularities.

He also criticizes Mr. Charest for wanting another debate “to use Pierre’s popularity with the members to bring out an audience he can’t get on his own.”

In response, Mr. Charest’s campaign said in a statement that Mr. Poilievre’s decision “is an act of disrespect and humiliation to the party leadership to whom he is simply saying, ‘I will buy my way out of a debate.’ ”

“Jean has always committed to being accountable to the members. Our campaign fully supports LEOC’s decision to proceed with this debate.”