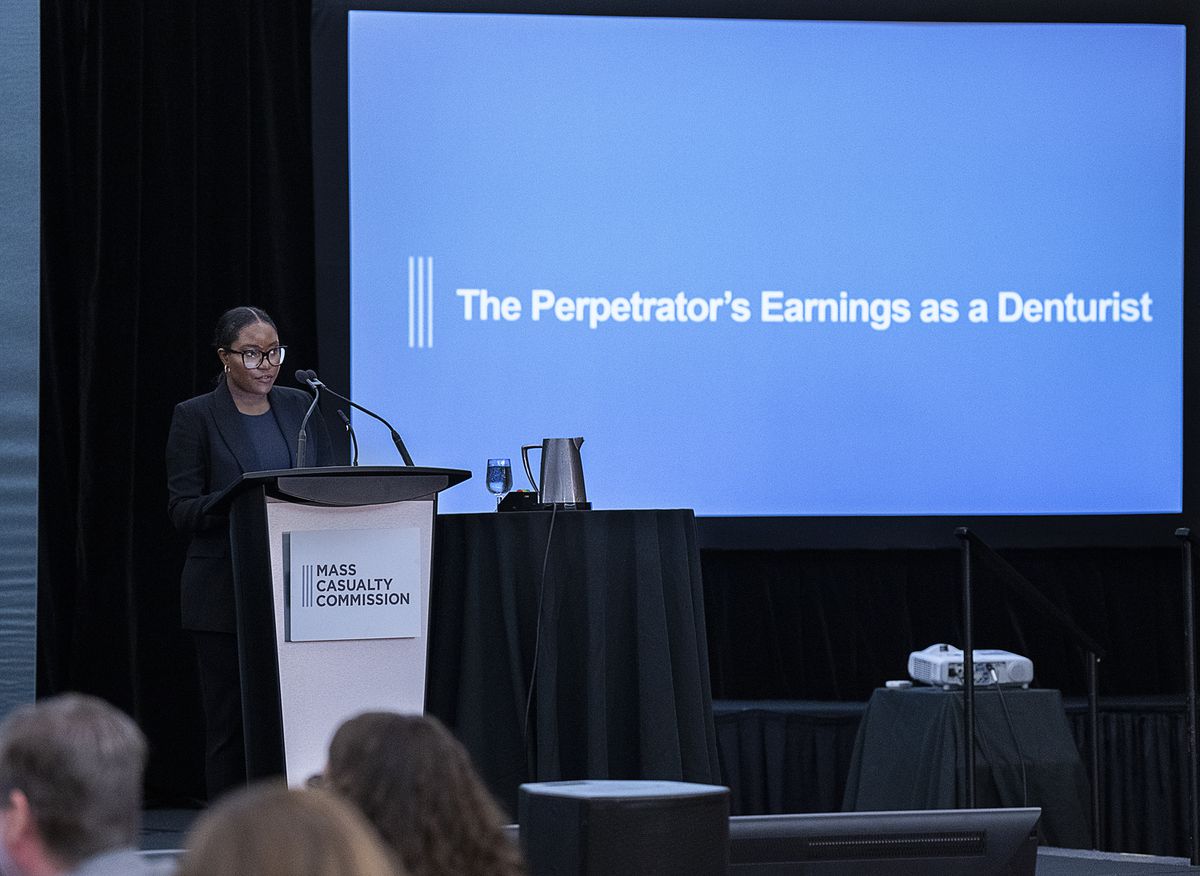 It remains a troubling question that will linger long after the public inquiry into the worst mass shooting in Canadian history: How did the Nova Scotia killer amass such huge amounts of cash, for someone who reported an annual income of $40,000?

The Mass Casualty Commission confirmed Tuesday that Gabriel Wortman, the gunman who murdered 22 people in April, 2020, while dressed as an RCMP officer, used “illegitimate or suspicious means” to enjoy a lifestyle well beyond his on-the-books revenue as a denturist. The inquiry said he had more than $2-million in assets – an estate now being fought over by the gunman’s spouse and families of his victims.

But the inquiry says it found no evidence the gunman was involved in organized crime or was a police informant, despite widely circulated rumors that surfaced after it was learned he withdrew $475,000 in cash from a Dartmouth Brink’s facility shortly before his rampage. It said claims the gunman was trafficking in cocaine and marijuana also couldn’t be confirmed.

Explainer: Revelations from the Nova Scotia mass shooting inquiry are building. The news and impact so far

The RCMP have consistently denied the gunman ever worked as an informant, and in a separate report for the inquiry, investigator Dwayne King concluded the $475,000 withdrawal was not payment for informant work. Mr. King said that while confidential informants are typically paid in cash, police would not require the informant to go to a business with video surveillance and provide identification, as the gunman had to do to retrieve the money from Brink’s.

The inquiry found Mr. Wortman withdrew the money from CIBC after becoming paranoid that the COVID-19 pandemic would cause a collapse of Canadian banks. A senior CIBC official tried telling the increasingly agitated and aggressive killer that his money was safer in the bank, according to a new inquiry report.

The bank eventually relented, processing the withdrawal through Brink’s because it did not want to run the risk of having that much cash on its premises if something went wrong.

The inquiry also revealed Mr. Wortman used multiple schemes to enrich himself and had a tendency to hide large sums of cash, including $705,000 found buried under the deck at his Portapique, NS, property after his rampage. The inquiry’s investigators acknowledged many of the sources of that money have no paper trail.

“There will be questions about the perpetrator’s financial history that remain unanswered,” commission lawyer Ronke Akinyemi said, while presenting the commission’s findings.

The killer’s common-law spouse Lisa Banfield told the inquiry that he “wasn’t claiming what he actually made” from his denture business, but to his knowledge he didn’t have another source of income. She said she never saw any drugs in their house.

Ms. Banfield worked in the gunman’s Dartmouth denture clinic and was usually the one to accept payments from patients. She said “a lot” of them paid in cash. At the end of the day, she’d bring the cash upstairs to Mr. Wortman at their residence above the clinic, she said. If patients paid by cheque, she would cash them and bring him the money.

Ms. Banfield was instructed to request that patients make checks for dentures out to her spouse instead of his business, she said.

A report by the Forensic Accounting Management Group, an office of the federal government that investigates financial crime, found that between 2012 and 2019, the gunman’s average annual income from Atlantic Denture Clinic, which he owned, was $39,916. Ms. Banfield’s reported annual income for her work at the clinic was $15,288.

During this period, the report found Mr. Wortman received an additional $232,900 in his personal accounts and another $96,755 in a joint account he shared with Ms. Banfield, though it doesn’t indicate where the money came from.

The inquiry found that both Ms. Banfield and the gunman spent beyond their reported incomes. For example, Mr. Wortman spent about $23,600 buying items from the federal government’s surplus auction website and $19,400 through PayPal between December, 2017, and May, 2020. During this same time period, Ms. Banfield spent about $56,000 at grocery and clothing stores.

From December, 2017, to April, 2020, Mr. Wortman’s accounts – including one he shared with Ms. Banfield, one for his holding company and one for his denture company – had combined deposits of about $865,600 and combined withdrawals of more than $1.16- million. The inquiry previously heard how bending the rules was something the killer learned at an early age.

“One witness said that growing up, the perpetrator was taught by his father that committing a crime isn’t bad, getting caught is what’s bad,” Ms. Akinyemi said. “The information being presented today about the perpetrator’s financial dealings seem to demonstrate that same attitude.”

In 2010, two cash deposits totaling $200,000 into an account owned by the gunman were flagged for Canada’s financial regulator, the Financial Transactions and Reports Analysis Center (FINTRAC). But the inquiry says those deposits, while they generated a suspicious transaction report by his bank, were not passed onto to local police.

Joe Morgado, senior manager for corporate security at CIBC, told the RCMP that he was initially concerned about Mr. Wortman’s $475,000 cash withdrawal request, because retrieving such a large sum can mean someone is being put under pressure or is falling victim to a scam.

Mr. Morgado noted it’s unusual for someone to request such a large sum of money, but he reasoned that Mr. Wortman was a “middle-aged professional” who “gradually amounted a sum of money” and now wanted it withdrawn.

The inquiry also addressed rumors of the killer’s involvement with drug trafficking. Mr. Wortman and Ms. Banfield often traveled to Punta Cana in the Dominican Republic, and while Ms. Banfield told the inquiry she was often by herself “all day” on vacation, she saw no evidence of drug trafficking or other criminal activity while traveling .

One piece of police evidence shared by the inquiry, however, points to his possible involvement in selling or purchasing large amounts of cannabis. A 2018 Via Rail boarding pass found among Mr. Wortman’s belongings had handwritten notes that appear to be a cannabis price list. The reverse side of the train ticket lists strains of cannabis, and shows price notes such as “5lb $5,000.”

With a report from The Canadian Press