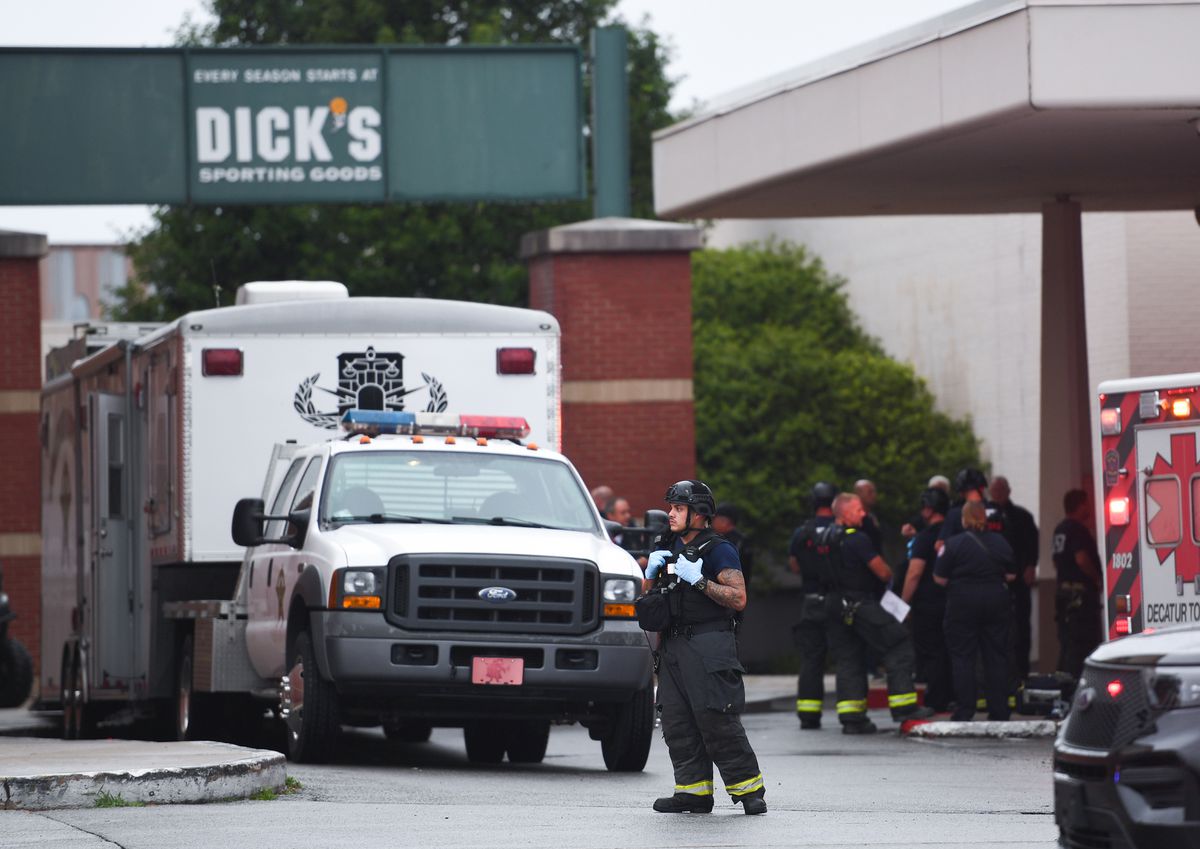 The gunman who killed three people in a shopping mall near Indianapolis would likely have taken many more lives if not for the “heroic” actions of an armed bystander who shot the suspect dead and stopped the attack, police said on Monday.

Elisjsha Dicken, 22, who was lawfully carrying a concealed pistol at the time, “engaged” the suspect on Sunday almost as soon he opened fire with a rifle in a food court at the Greenwood Park Mall in Greenwood, Indiana, authorities said. Police said they did not know the motive behind the rampage.

Dicken immediately became a cause celebre for gun rights advocates, who argue – despite government statistics to the contrary – that armed civilians are the best defense against the kinds of random mass shootings that killed more than 100 people in the United States last year.

Greenwood Police Chief Jim Ison credited Dicken, who was at the shopping mall with his girlfriend on Sunday night, as a hero whose bravery and competence prevented further bloodshed. Dicken now needed “space and time to process what he’s gone through,” the chief said in an appeal for restraint by the media.

Although he lacked any law enforcement or military training, Dicken exhibited “proficient” and “tactically sound” moves in firing at “the gunman with a handgun from quite a distance,” Ison told reporters.

“As he engaged and closed in on the suspect,” Dicken motioned for others in the vicinity to exit behind him, the chief said, adding that Dicken afterwards turned himself over to mall security personnel and co-operated with police.

The shooting lasted just two minutes from the time the suspect opened fire until he was killed. Beforehand, the gunman had spent more than an hour in a mall restroom, apparently preparing for the attack and putting together the murder weapon he carried disassembled in a bag, the chief said.

Dicken was initially handcuffed and his gun was confiscated before he was taken for questioning to the police department, where his account was verified by video footage, according to Ison.

“Many more people would’ve died last night if not for a responsible armed citizen that took action very quickly within the first two minutes of the shooting,” Ison said.

The gunman was identified as Jonathan Douglas Sapirman, 20, a local resident who had lived alone, quit his warehouse job in May and had recently been evicted, the chief said. Ison said Sapirman lacked any previous criminal history, except for a juvenile record including a fight at school and a runaway incident. He did not drive and was believed to have walked to the mall on Sunday, the chief said.

Ison said the suspect had two rifles he had purchased in March and a handgun with several magazines of ammunition and over 100 rounds of bullets, and that he fired about 24 rounds from one of the rifles. He had frequented a local shooting range for target practice over the past two years.

Of the three people killed, two were a husband and wife, age 56 and 37, respectively. The third was a 30-year-old man. Two other people were injured, Ison said.

A spate of gun violence in public places since May, including mass shootings at a grocery store in Upstate New York, a Texas elementary school and a suburban Illinois Independence Day parade, has renewed a fierce US debate over gun regulations.

Gun rights advocates seized on the latest shooting as an example of why it is important to allow Americans to carry firearms.

“We will say it again: The only way to stop a bad guy with a gun is a good guy with a gun,” the National Rifle Association said in a tweet Monday morning.

It is rare for a bystander to stop an “active shooter” attack in the United States, according to an FBI report in May showing that only two out of 61 such attacks last year ended when “citizens engaged the shooter.” A similar New York Times analysis found that only 22 gunmen in the 433 mass shootings since 2000 were shot by a bystander.

The Greenwood incident also raised questions regarding the interaction between state law and the rights of private entities to ban weapons on their properties.

The shooting comes weeks after the repeal of an Indiana handgun permit requirement. Now, anyone aged 18 or older who is not legally prohibited from firearm possession may generally carry a concealed handgun in public.

The law conflicts with the policy of Simon Property Group, owner of the Greenwood Park Mall, prohibiting guns on its properties, according to its website. The Indianapolis-based company was unavailable for comment on Monday.

On the mall’s website, the company posted a message saying that it was “grateful for the strong response of the first responders, including the heroic actions of the Good Samaritan who stopped the suspect.” The company said the mall was closed on Monday.

According to Indiana Attorney General Todd Rokita, private businesses may restrict gun owners from carrying a weapon on their property. Even so, it is generally not against the law to ignore a “no firearms” sign at a private business, he wrote in the state’s Gun Owners’ Bill of Rights before Sunday’s shooting.

Rokita said the only consequence of ignoring a company’s ban may come after someone carrying a firearm disregards a direct warning denying them entry or instructing them to leave.