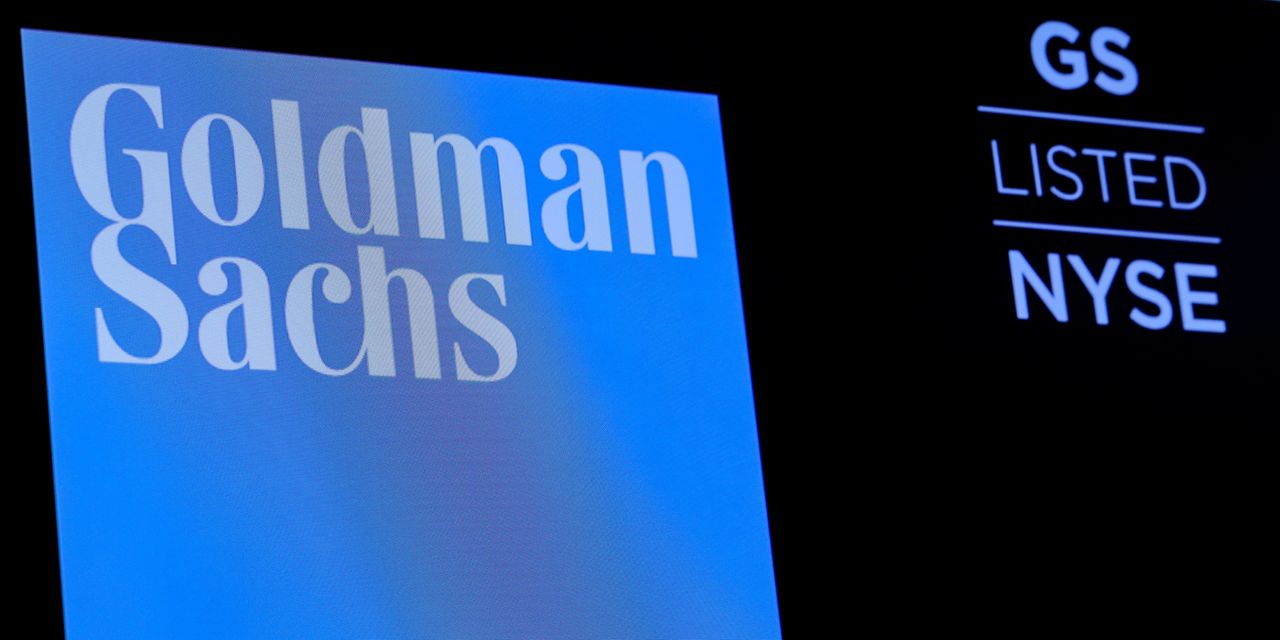 US stocks rose, but trimmed earlier gains, as investors focused on positive elements in the quarterly results of Goldman Sachs Group Inc. and Bank of America Corp. in an attempt to build upon upside momentum ahead of the Federal Reserve’s interest rate hike next week.

How stocks are trading

Shares of Goldman Sachs GS were among the Dow’s biggest gainers after the bank aired second-quarter results that provided bright spots.

Goldman shares were up 1.87% after the investment-banking giant posted a stronger-than-expected second-quarter profit, although earnings fell from the year-ago quarter. Bank of America BAC
shares were roughly unchanged after the bank fell short of Wall Street’s profit estimate, but revenue matched expectations and net interest income beat.

The first full week of the US second-quarter earnings season is getting under way, with IBM
set to deliver its figures after the closing bell.

Reports from other big banks, such as JPMorgan Chase JPM,
were not initially well-received last week. But the market mood brightened by Friday—and continued on Monday, after Federal Reserve officials talked down the prospects of a 100-basis point rate hike at next week’s policy meeting.

See also: Investors are obsessed with the size of Fed’s next rate hike. Here’s what they’re missing.

Traders were watching to see if upside momentum would continue after a strong finish last week.

“Bullish momentum in equities has been elusive this year, but Thursday was conspicuous in that both the stock market and crude oil made multiweek or multi-month lows before reversing to close near their highs of the day, and then followed through to the upside on Friday,” Chris Larkin, managing director of trading at E-Trade from Morgan Stanley, said in emailed comments.

“Whether that momentum will carry into this week — or longer — remains to be seen. Though in the past, when the SPX has made similar pullbacks, it was higher one week later more time than not,” he said.

The Fed, however, is unlikely to relent on its aggressive rate-hike pace, especially against a backdrop of a strong labor market and resilient corporate and consumer spending, he said. Longer term, “stagflation could be on the docket.”

Aside from earnings, it’s likely to be a quiet week for US macroeconomic catalysts, with the Fed now in the premeeting blackout period and investors possibly turning their attention elsewhere.

“We see the ECB (European Central Bank) raising rates by 0.25% this week amid high inflation and despite recession fears,” Wei Li, BlackRock Investment Institute’s global chief investment strategist, and others wrote in a note Monday.

“Both the ECB and Fed are now pandering to `the politics of inflation,’ or pressure to tame inflation. We think the ECB will pause its hiking first,” they said. “Why? The energy crisis means Europe’s growth is likely to stall soon. Higher rates and political turmoil may also send peripheral borrowing costs spiraling. All this leaves us favoring credit over stocks and neutral on euro area government bonds.”

How other assets are faring

–—Jamie Chisholm contributed to this article.