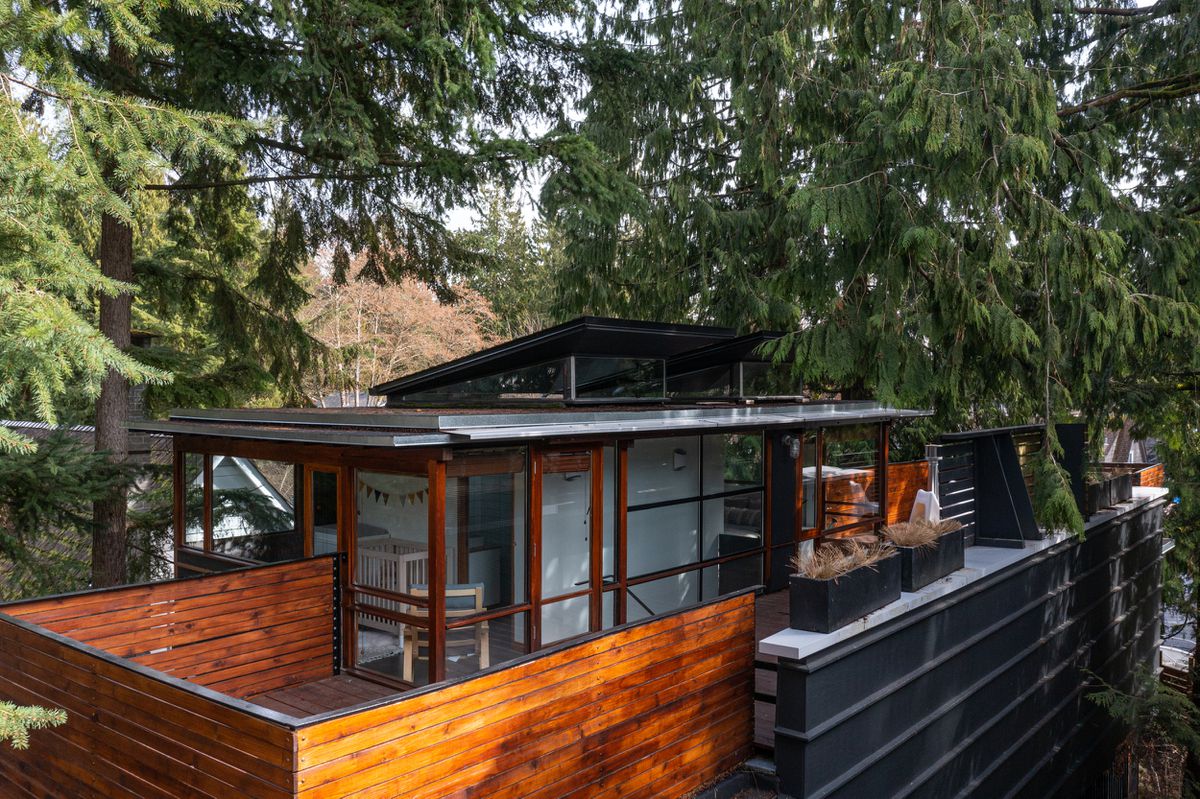 Listing agent Trent Rodney, who has a large database of West Coast architecture fans, gave 80 two-minute tours of the home over two days.

“I would take them through it and tell them to touch the fir. It had a lot of texture to it, the old growth everywhere,” he says.

Mr. Rodney received three offers and the winning bid was subject free, to a couple that had an appreciation for the home. The buyers were a couple looking to downsize and were relocating from another larger midcentury modern home in the area.

The sale completes in June.

The 1,910-square-foot house started out as a cabin built by architect Henry Yorke Mann in 1958, who built it for himself. Architect Peter Buchanan purchased the cedar cabin in 1994 and added a concrete perimeter on which sat the second and third levels.

Mr. Buchanan maintained the woodsy look with an abundance of fir features, and wrapped the original level in clerestory windows, connecting interior with nature. Because he also designed boats, the bedroom has the feel of a boat cabin.

The third owners, who were designers, had done significant updates to the house and sold because they were upsizing. The upper house only has one bedroom, a den and one bathroom, with a two-bedroom suite below that has a rental value of around $2,500 a month.

Not only was the house small, but also the lot size was around half the standard lot size for the area, at just under 4,000 square feet. But Mr. Rodney says the sale proves that there’s a premium over real estate value when it comes to the limited number of older architect-designed West Coast modern homes. By way of example, there was the sale of another home on the same street, same lot size, but bigger house. That one sold for $2.2-million.

“Looking at the comps, it’s irrefutable how much of a premium we were able to get on this one. We are using it as a case study moving forward on what a premium we can get on top of real estate values,” Mr. Rodney said.

Your house is your most valuable asset. We have a weekly Real Estate Newsletter to help you stay on top of news on the housing market, mortgages, the latest closings and more. Sign up today.