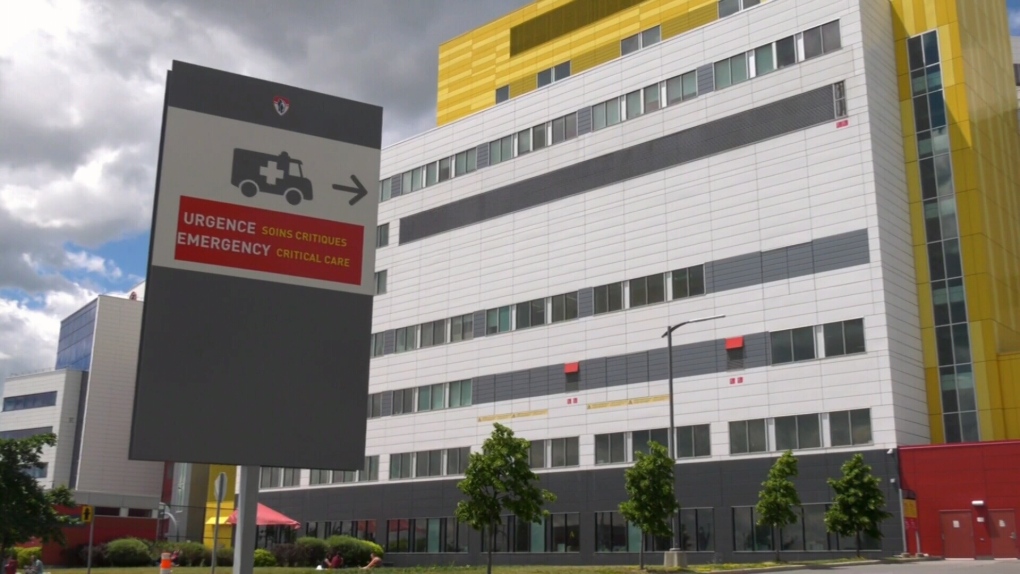 Hospitals overwhelmed by the pandemic’s onslaught are still facing a number of challenges, causing unprecedented wait times in emergency rooms across the country.

Along with limited hospital beds and a backlog of surgeries, a primary cause for dysfunction has been a shortage of physicians and nurses.

Many of the problems facing hospitals are not new, but experts say that the pandemic has exacerbated the situation, leading to a crisis so dire that patients are now starting to see emergency department closures in hospitals near them.

On Saturday, Perth and Smith Falls District Hospital (PSFDH) announced a shutdown of its emergency department until Thursday, citing a COVID-19 outbreak. However, its doctors say the real reason is an ongoing staff shortage.

“Yeah, COVID caused the closure of the emergency department, but the reality of it is that we had no built-in resilience of our nursing staff,” Dr. Alan Drummond told CTV National News on Saturday.

“Somebody needs to be held accountable for the fact that we lost 50 per cent of our nursing staff within several months, which set us up, basically, to fail,” he said.

Drummond said the catchment area for the PSFDH is about 25,000 people in a large geographic area between Smiths Falls and Peterborough, meaning many patients travel long distances to get to the emergency department.

Patients needing urgent care will now have to drive 20 kilometers from Perth to Smiths Falls.

“I don’t think it’s fair for the people in this community,” local resident John Hastings told CTV News on Saturday.

The Town of Clinton in Ontario was without an emergency room for the entire Canada Day long weekend, as the Clinton Public Hospital’s emergency room announced a shutdown from July 1 to 5.

This marked the longest 24-hour closure of the Clinton Public Hospital’s emergency room.

Physician and nurse shortages are to blame, according to Deborah Wiseman, the chief nursing executive with the Huron-Perth Health Alliance, who anticipates more service disruptions this summer.

“Not just this weekend, but what you’ll see is more to come. I’m going to say for the next six months to several years, with our human health care shortages, both in the nursing and physician areas. We are really struggling to maintain services,” Wiseman told CTV National News.

Wiseman said they are investigating everything to try to resolve the health-care worker shortage and keep their emergency rooms open, including using paramedics in emergency rooms.

Other provinces are experiencing similar issues. Six emergency departments in Quebec will be partially shuttered this summer owing to a staffing shortfall, the provincial government announced on Thursday.

Nova Scotia Health says people should expect long wait times in all four health zones because of high demand during the long weekend.

“Unfortunately, we’re currently experiencing what we call ‘bed block,’ where we have a large number of admitted patients and nowhere to send them,” Dr. Margaret Fraser, a physician at Cape Breton Regional Hospital in Sydney, NS told CTV National News on Saturday.

Bonnie Nunn, a resident from Trehern, Manitoba, told CTV National News on Saturday that her daughter recently needed emergency treatment and had to be taken to Portage la Prairie, about 45 minutes away, because the Trehern emergency department was closed due to a lack of staff.

“I’m really angry, angry at everything. I don’t think enough thought went into this,” she said.

“I’m not angry at nurses. They need time off too.”

WHAT IS CAUSING THE STAFF SHORAGES?

Dr. Katharine Smart, president of the Canadian Medical Association, told CTV News Atlantic in May that the rate of physician and nurse burnout is double what it was pre-pandemic.

A June survey released by Statistics Canada showed that 95 per cent of health workers feel that the pandemic has impacted their mental health and has added stress to their work-life balance.

During the pandemic, health workers have faced extended work hours, decreased vacation time, and changes in the method of delivering care.

In the fourth wave of the pandemic between September to November of 2021—the period in which the survey was conducted—many health workers were looking to leave or quit due to job stress or concerns around their mental health.

“How do we retain workers? Probably a raise,” Halifax-based ICU nurse, Elinor Kelly told CTV News Atlantic in May.

“Probably a hundred one. I think that’s going to have to help. Especially for critical care nurses because critical care, we have a lot of people that we train and recruit, but after a year or so they can go work privately at triple the amount of money I’m making after 27 years.”

Dr. Paul Saba, a family physician and president of the Council of Physicians at Hôpital de Lachine in Montreal, said he wants the government to make substantial changes.

“The health-care system has to be improved. And it can’t just be a short-term electoral promise … for the next few years, but long-term,” he told CTV National News on Saturday.

With files from Deena Zaidi and CTV News Atlantic