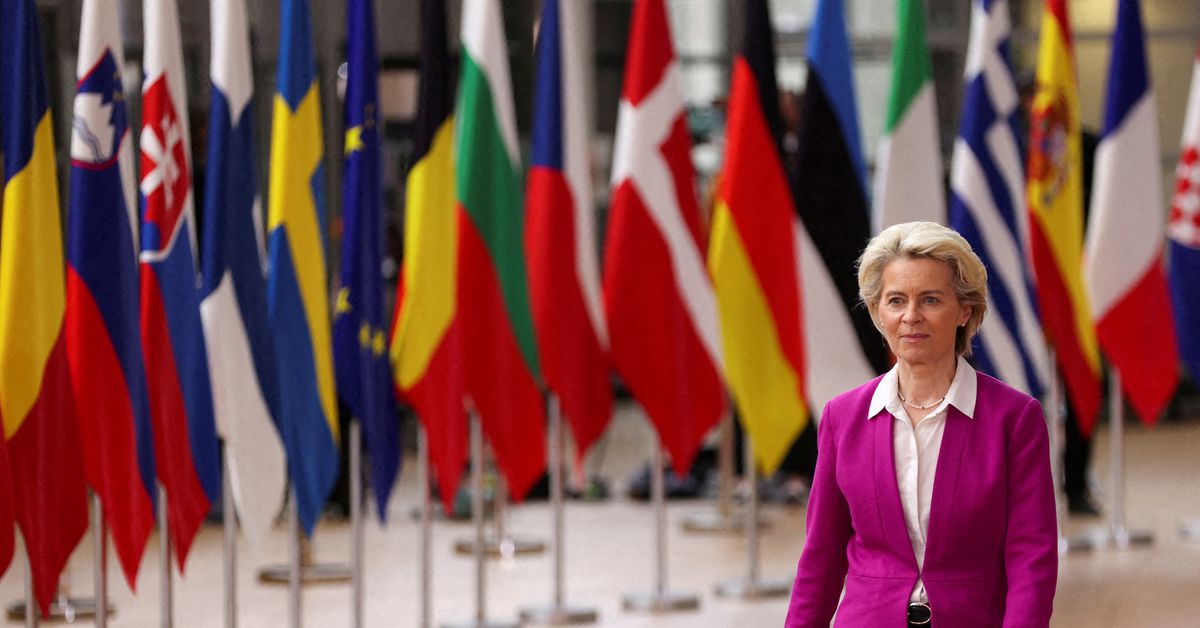 LONDON, June 27 (Reuters) – Russia’s first major international debt default in over a century, which Washington said became a fact on Monday, follows months of co-ordinated Western sanctions that left Moscow with cash but no access to the international financial network. read more

Below is a summary of the key moments that have led up to this point.

At around 11.30 pm (2230 GMT) on Feb. 25, the day after Russian troops entered Ukraine, European Union’s experts in Brussels said a set of sanctions they had worked on for days, or the “Big Package” as they called it, was ready.

Just before midnight, the European Commission announced the measures.

While emergency Group of Seven and EU meetings earlier made clear a response was coming, the package named Vladimir Putin and his top diplomat Sergei Lavrov personally, and, as it later became clear, froze some $300 billion of the Russian central bank’s reserves.

“That was really the moment when we said, okay, well we’ve done it,” one European source told Reuters. “That was, I think, a very pivotal moment for a lot of people around a table.”

Booting Russian lenders from SWIFT had long been considered a ‘nuclear option,’ but the invasion put it on the table and when the EU decided to activate it, those at SWIFT headquarters just outside Brussels were ready.

The only question was how long they had to implement the move, “five days or five minutes?” another source said. In the end is was 10-12 days.

FIRST CUTS, BUT NOT THE DEEPEST

Credit rating agency, S&P Global, already stripped Moscow of its coveted investment grade rating on Feb. 26 and Russian bonds were slumping, but a heavier blow followed on March 15, when the EU told top credit agencies to stop rating Russian dept or risk losing their licenses to operate in the bloc. read more

“We were caught flat-footed, certainly we were not given any advanced warning,” one senior rating agency analyst said. “Basically the question was, does this mean we can’t rate Russia any more?” It turned out the answer was yes.

With so many hurdles being erected, expectations built that Russia would default on its first post-sanctions’ bond payments either on March 16, or a month later at the end of a 30-day “grace period.” read more

However, a special “waiver” in the US sanctions granted by the Treasury’s Office of Foreign Assets Control allowed payments to go through.

On April 8, a week before the EU ban on Russian ratings was due to come into force, S&P declared Russia in “selective default” after Moscow said it planned to make upcoming bond payments in rubles rather than dollars, their issue currency. read more

On May 3 though, shortly before the payment was due, the Kremlin U-turned and paid in dollars.

SHOCK TO THE SYSTEM

Days later, Russia had stumbled, though.

On May 11, sharp-eyed creditors spotted that Moscow had failed to add $1.9 million of extra interest that had built up on bonds that only got paid in their grace periods rather than on time. They contacted the clearing house Euroclear and then bond market equivalent of an insurance payment arbiter – the Credit Derivative Determinations Committee which ruled that a “credit event” had happened.

The sum was too small to trigger default clauses in all of Russia’s international bonds, but it did mean some investors expected to receive default insurance payments.

But when the US Treasury clarified on its website that buying Russian bonds on the open, or ‘secondary’ market, was banned, that credit default swap (CDS) insurance process had to be halted as it was no longer clear what to do with the bonds involved.

“It is a bit like if your house burns down and the insurance company turns around and claims it was the wrong kind of fire,” said Joe Delvaux, emerging markets distressed debt portfolio manager at Europe’s largest fund manager Amundi. “The reality is that these sanctions are a shock to the system.”

The step that made Russia’s default unavoidable though was Washington’s May 24 decision to let the waiver that had allowed US bondholders to receive Russia’s payments, expires.

A week later, the EU also sanctioned Russia’s domestic paying agent, its National Settlement Depository (NSD), which it had been using to make the payments.

Moscow has blamed the West for forcing an “artificial default”. read more , with its finance minister Anton Siluanov calling the situation a “farce.”

However, veteran global policymakers involved in the process say they sanctions are unprecedented but fully justified.

“They were very significant actions that responded to the magnitude of the actions that Russia undertook,” Agustin Carstens, the head of the world’s central bank umbrella body, the Bank for International Settlements, said.

(This story refiles to fixed typo in 1st paragraph)