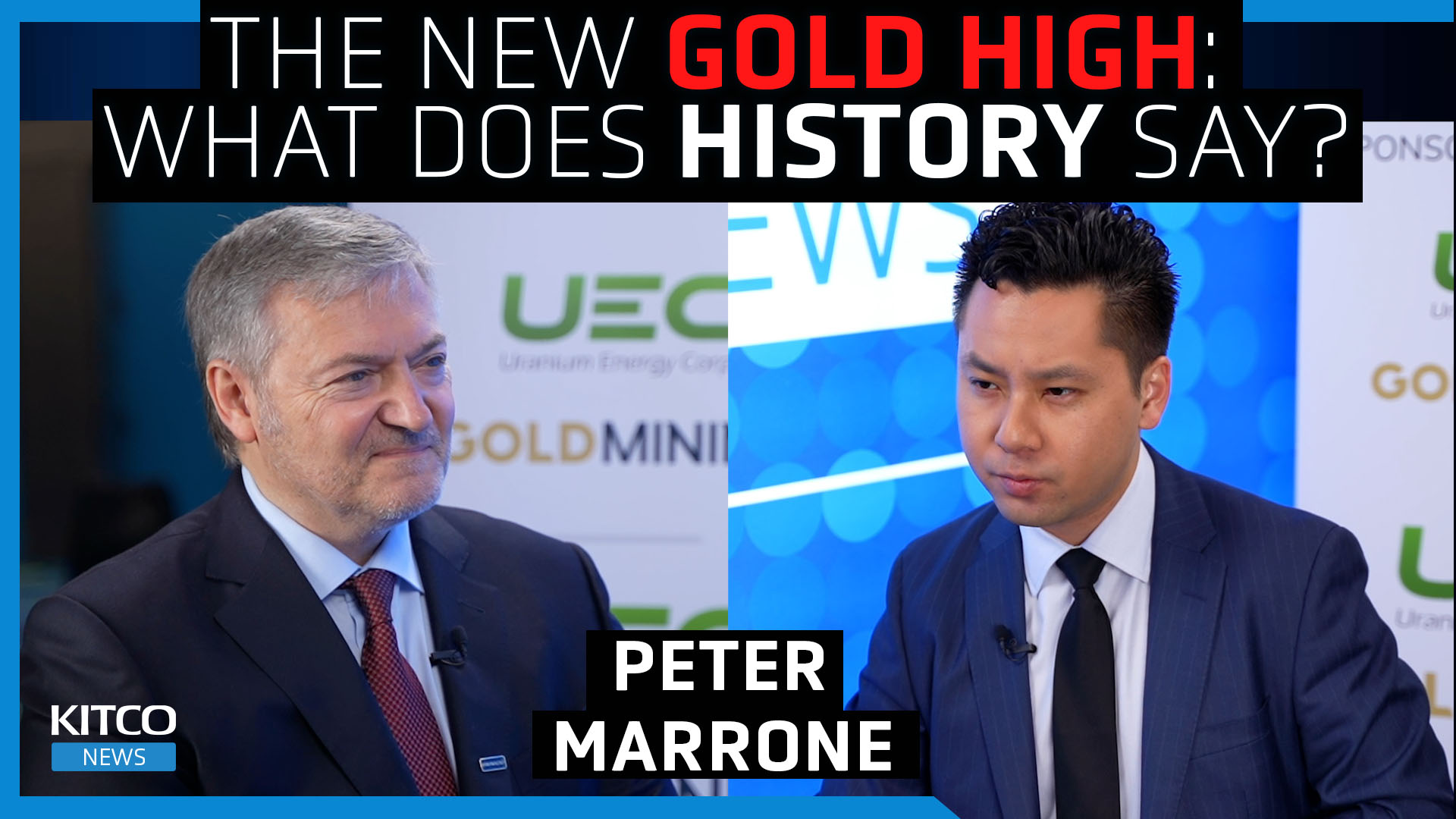 We are on the “cusp of a recession” with certain “stagflation,” breeding a “perfect storm” for gold’s price to rise, said Peter Marrone, Executive Chairman and Founder of Yamana Gold Inc.

“It’s difficult for me to predict gold’s price in terms of precision and certainly timeframe,” he said, “but I go back to first principles. I do not believe that we have seen the all-time high gold price.”

Marrone spoke with David Lin, Anchor and Producer at Kitco News, at the PDAC 2022 Convention in Toronto.

Marrone mentioned that there are parallels between 1980, a year of high stagflation, and 2022. He said that history can be a guide as to gold’s price future.

Marrone went on to suggest that recent events, with high inflation, a looming recession, and war in Ukraine, are like what happened in 1980.

The Federal Reserve recently raised interest rates by 75 bps. Yet, Marrone suggests that this is not enough to stop inflation, and that the Fed may relent on its hawkish moves.

“There are very limited things that central banks can do, as a result of what’s causing this inflationary pressure, supply chain disruptions,” he explained. “… Worldwide debt is at unprecedented levels… And worldwide economies are shrinking. It seems to me that we’re in this perfect storm where it becomes very difficult for central banks, including the Fed, to increase interest rates to a level that would tame inflation. At some point they probably have to pull back or come to the conclusion that inflationary pressures are here to stay for longer than anticipated.”

“We’re not very relying on diesel, it represents 5-6 percent of our overall costs,” he said. “So while we’re seeing a little bit of inflationary pressure on some inputs, we’re outputting more production, which means our overall costs per ounce of production is lower.”

As for the Russia-Ukraine conflict, Marrone remarked, “We’re not facing any challenges. There’s no supply or procurement that comes from that part of the world. So, we’re very insulated in terms of our operations in the Americas.”

To find out about Yamana’s M&A deals, as well as its exploration plans, watch the above video.