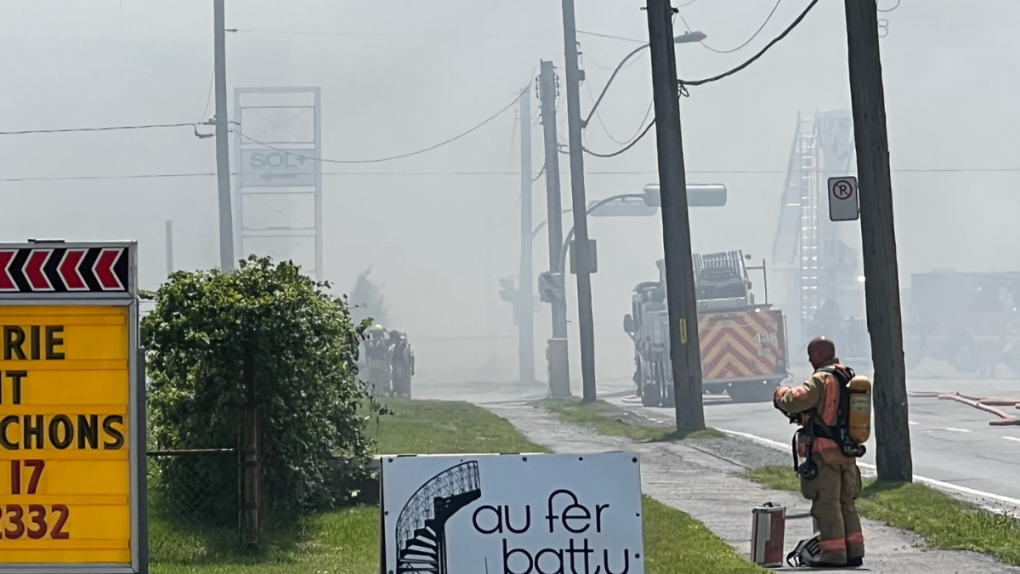 The Montreal fire department (SIM) is advising citizens to avoid the intersection of Sherbrooke St. East near Durocher Ave. as a major fire at an industrial building is blazing.

The SIM issued its first alarm around 10:30 am on Sunday, and within 45 minutes, a fifth alarm was sounded.

SIM spokesperson Matthew Griffin said the fire appears to have stared in a pile of materials in a recycling center in the building. The fire has since spread throughout the building and there is a partial collapse of the structure.

“For that reason, we’re currently in defensive mode,” said Griffith.

Around 150 firefighters are on the scene and there are no injuries to report.

Firefighters presently at a 4 alarm fire in a station 8’s territory in the east end of Montreal. Did you know we wear the same equipment to fight fires regardless of if it is +30 or -30? pic.twitter.com/tAbprod9I3

Montreal police (SPVM) are on the scene assisting and directing traffic.

Sherbrooke St. is closed between Broadway Ave. and Joseph-Versailles Blvd. Drivers are advised to go by Notre-Dame St. East to avoid getting stuck in the area.

Power has also been cut in the area while the operation is underway.

Police say firefighters are working to control the flames and that there is no danger of it spreading to nearby refineries.

Griffith said the fire is likely to burn into the evening.