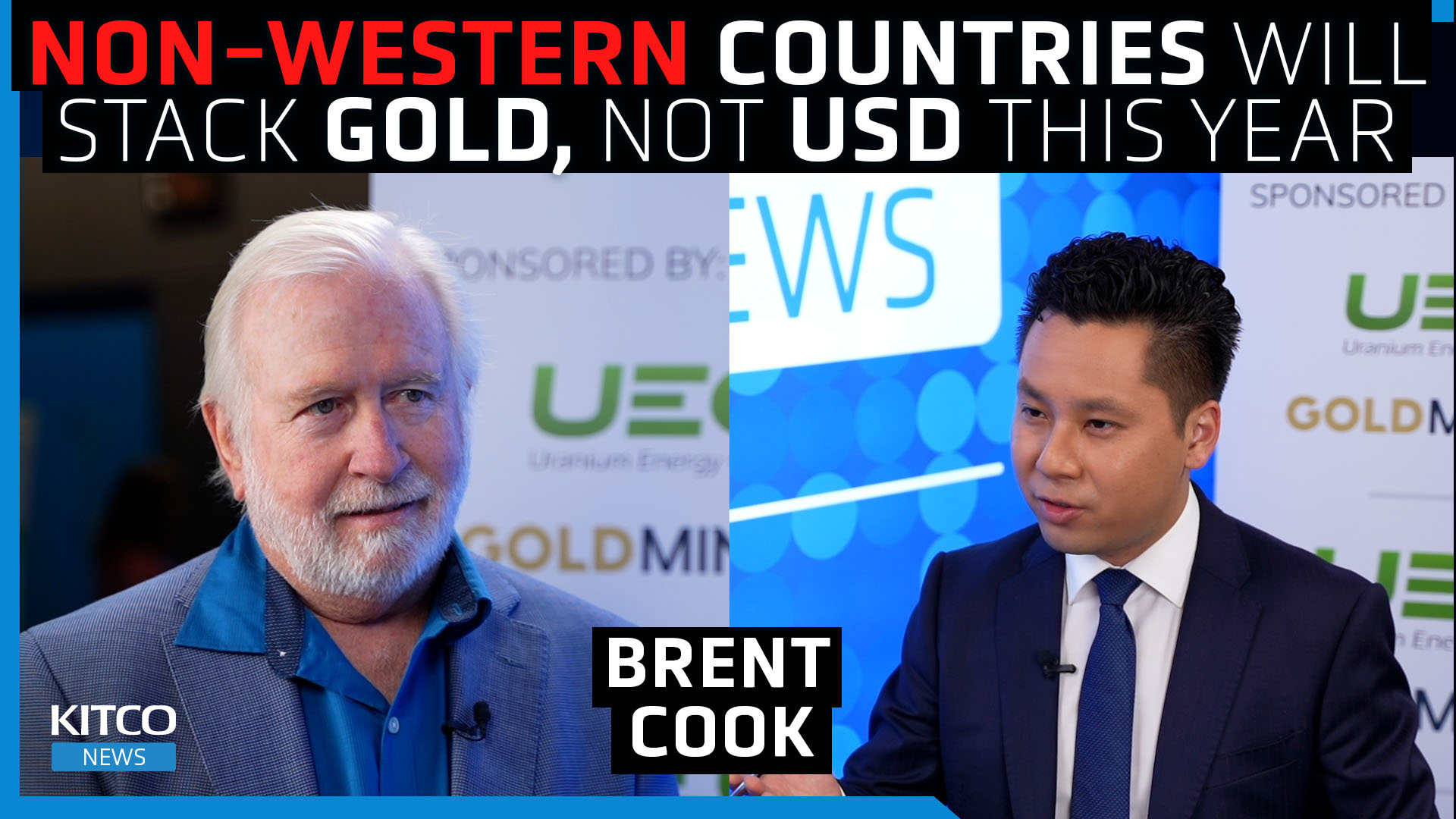 As we head into a ‘recapitulation’ stage for commodities, copper, nickel, and gold will be the best assets to own, said Brent Cook, Founder of Exploration Insights.

“I’m very certain that the copper price is going to do well,” he said. “Demand is way going to exceed supply. Nickel is the same. Gold looks good.”

Cook spoke with David Lin, Anchor and Producer at Kitco News, at the PDAC 2022 Convention in Toronto.

Cook explained why he had believed strongly in copper and nickel, saying, “The whole electrification relies on those two metals plus lithium… We don’t have enough copper supply to meet with the coming demand.”

He also said that gold would benefit from recent geopolitical events, as opposed to the demand for electrification.

“When Russia invaded Ukraine, the US…. confiscated US dollar reserves,” he said. “The rest of the world saw that. And I think we’re going to see more non-Western countries start putting gold in their reserves as opposed to the US dollar, and that’s going to happen over this year. So, I think that’s a positive for gold as well.”

The US official inflation rate is 8.6 percent. This, along with higher input costs in oil, labor, and supplies, could mean shrinking profit margins for commodity producers.

“I think we are going to see margins decrease across the board, in every industry, not just mining,” said Cook. “

However, Cook said that financing for mines is available for so-called “green metals.”

“I’ve spoken with a number of large funds and private equity groups that are looking to invest in the [mining] sector, but it has to have a green component to it,” he explained. “Add a little ESG to it as well. That’s where the money is starting to flow into. So certainly nickel, copper, cobalt, that’s where money is coming in and available for exploring and building.”

To find out Cook’s stock picks, watch the above video.