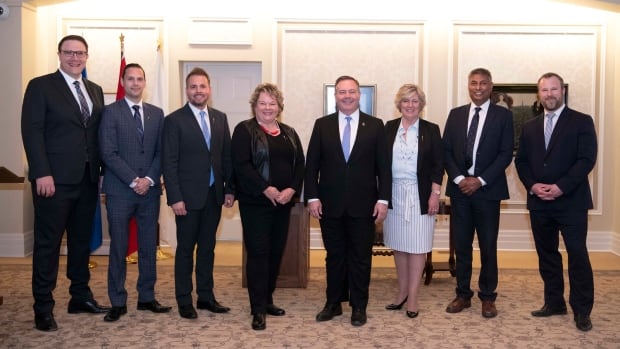 Outgoing Premier Jason Kenney announced several changes to cabinet Tuesday afternoon, including new ministers for environment and parks, infrastructure, transportation and children’s services, according to a news release from the Alberta government.

Jason Nixon’s temporary appointment as the acting minister of finance has been made permanent. The former minister of environment and parks was asked to fill in after Travis Toews, the former finance minister and treasury board president, resigned to seek the UCP leadership

Calgary MLA Whitney Issik will take over as the environment and parks minister, while her previous role as the associate minister of status of women will be filled by Jackie Armstrong Homeniuk, the MLA for Fort Saskatchewan-Vegreville.

Prasad Panda has been moved from the infrastructure to the transportation portfolio, while Calgary-Currie MLA Nicholas Milliken takes over as infrastructure minister.

Following a leadership review in May, Kenney announced he would resign as leader of the United Conservative Party. His replacement is expected to be chosen in October.