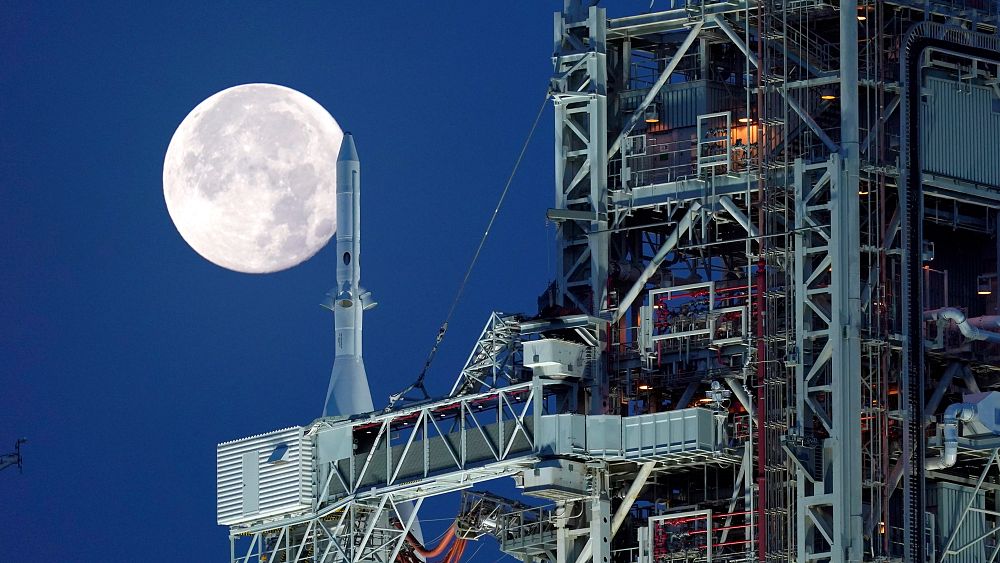 NASA’s mission to return man to the Moon has taken a big step forward, following a successful fueling of its giant rocket and a countdown test.

The Space Launch System (SLS) rocket test has been beset by delays, with technical and problems thwarting proposed tests in April this year, and financial problems pushing the ambitious project’s timeline back.

On Monday, the US space agency went ahead with the first fueling of the rocket, despite another technical hitch – an external fuel line leak.

It was the fourth attempt at the crucial test – known as a wet dress rehearsal – which is the last major milestone before its launch debut.

Despite the fuel leak, NASA managers decided to go ahead with the countdown test at Kennedy Space Center in Florida, with launch director Charlie Blackwell-Thompson saying they wanted to see “how the team performed, how the hardware performed, and they both performed very well”.

Nearly 1 million gallons of super-cold liquid hydrogen and oxygen were loaded into the 98-metre rocket.

Blackwell-Thompson said it was too early to say what NASA’s next step might be.

NASA’s Artemis program is aiming to put humans back on the surface of the Moon by 2025.

The first uncrewed launch of the SLS is hoped to be later this year, before a scheduled space flight to orbit around the Moon with astronauts on board the Orion capsule in 2024.

The current timeline has the goal of landing astronauts from Orion in 2025.

The longer term goal of Artemis is to establish a permanent, sustainable presence on the lunar surface, which could then be used to prepare for missions to Mars and beyond.

Astronauts last walked on the Moon in 1972 during NASA’s Apollo program. Artemis is Apollo’s twin sister in Greek mythology.