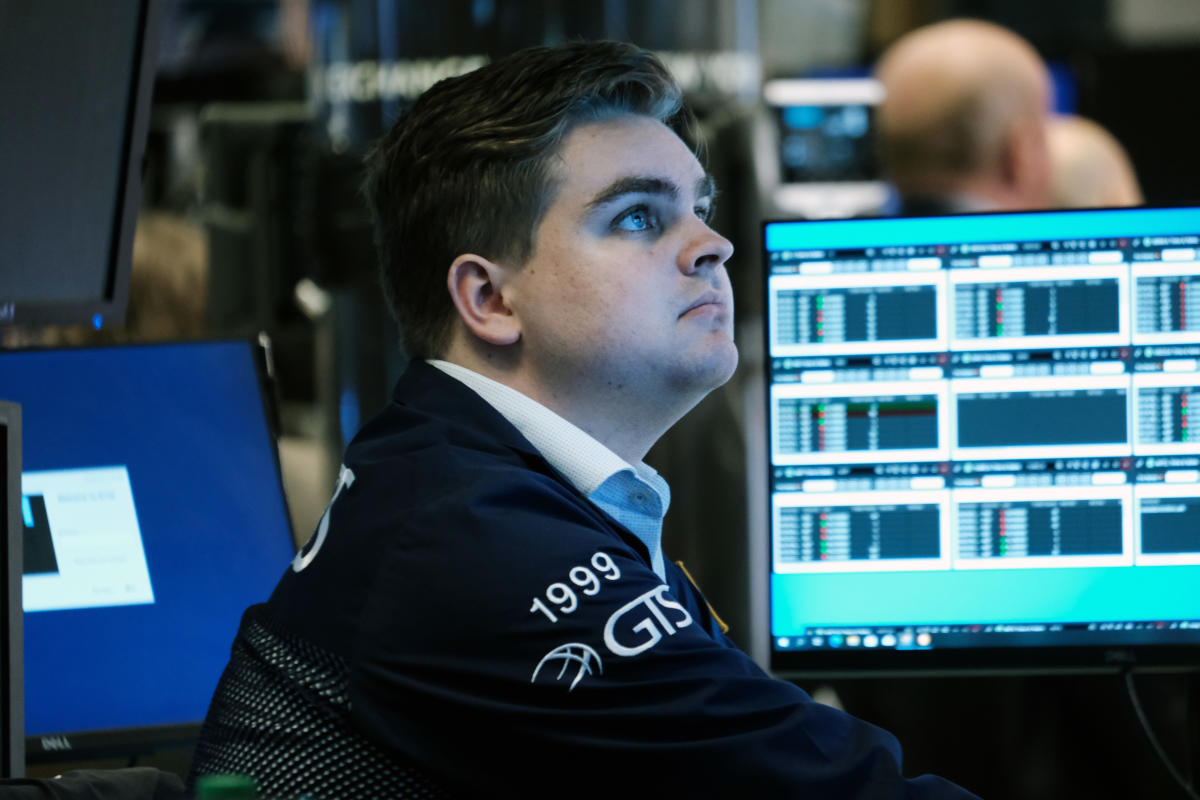 US stocks rose Tuesday as traders returned from a long weekend, with equities looking to steady following the S&P 500’s worst week since March 2020.

The S&P 500 advanced by about 2.5% intraday to pare some losses after plunging by 5.8% last week. The Nasdaq Composite gained 3%, and the Dow added more than 500 points, or 1.8%. The S&P 500, Dow and Nasdaq were on track to post their biggest single-session gains in three weeks.

Bitcoin (BTC-USD) rose back above $21,000 after a cryptocurrency rout briefly sent prices below $18,000 for the first time since December 2020 over the weekend. Treasury yields climbed, with the benchmark 10-year yield increasing to nearly 3.3%, and US crude oil prices rose by 1.5% to top $111 per barrel.

Tuesday’s early recovery rally across risk assets came as an at least brief respite amid weeks of heavy selling. The S&P 500 sank into its first bear market since the height of the pandemic last week, and the sell-off ramped even further after the Federal Reserve unleashed a larger-than-typical 75 basis point interest rate hike and signaled it would be willing to tighten further and at the expense of some economic growth to bring down rampant inflationary pressures.

Federal Reserve Chair Jerome Powell is set to deliver his semi-annual address before Congress on Wednesday and Thursday, during which he is likely to be pressed by lawmakers about the Fed’s actions to bring down inflation and the extent to which these may weigh on the economy .

And already, concerns over the resilience of the economy have risen sharply. A number of economists at major Wall Street firms downgraded their growth forecasts over the past several days to reflect an increased risk of a recession. A recession is typically defined as two consecutive quarters of negative GDP growth, though the final call is made by the National Bureau of Economic Research (NBER).

“The most likely outlook is very weak growth and persistently high inflation,” Bank of America economists wrote in a note Friday. “We see roughly a 40% chance of a recession next year. Our worst fears around the Fed have been confirmed: they fell way behind the curve and are now playing a dangerous game of catch up.”

Others have been even more bearish. Deutsche Bank’s base case calls for a recession to begin in the third quarter of 2023, following sluggish real GDP growth of just 1.2% in the US in 2022, versus the 1.8% seen previously. Goldman Sachs economists “now see recession risk as higher and more front-loaded,” the firm’s chief economist Jan Hatzius said in a new note. He raised his recession probability to 30% from 15%.

Rising risks of a formal recession in the US economy also leave the S&P 500 vulnerable to more downside, even after a more than 22% slide so far for the year-to-date. The S&P 500’s bear market slides since World War II have averaged 29.6% with an average duration of 11.4 months, according to data from LPL Financial’s Ryan Detrick. However, when bear markets coincide with recessions, the S&P 500 tends to fall 34.8% on average at its bear market trough and last nearly 15 months.

Read the latest financial and business news from Yahoo Finance