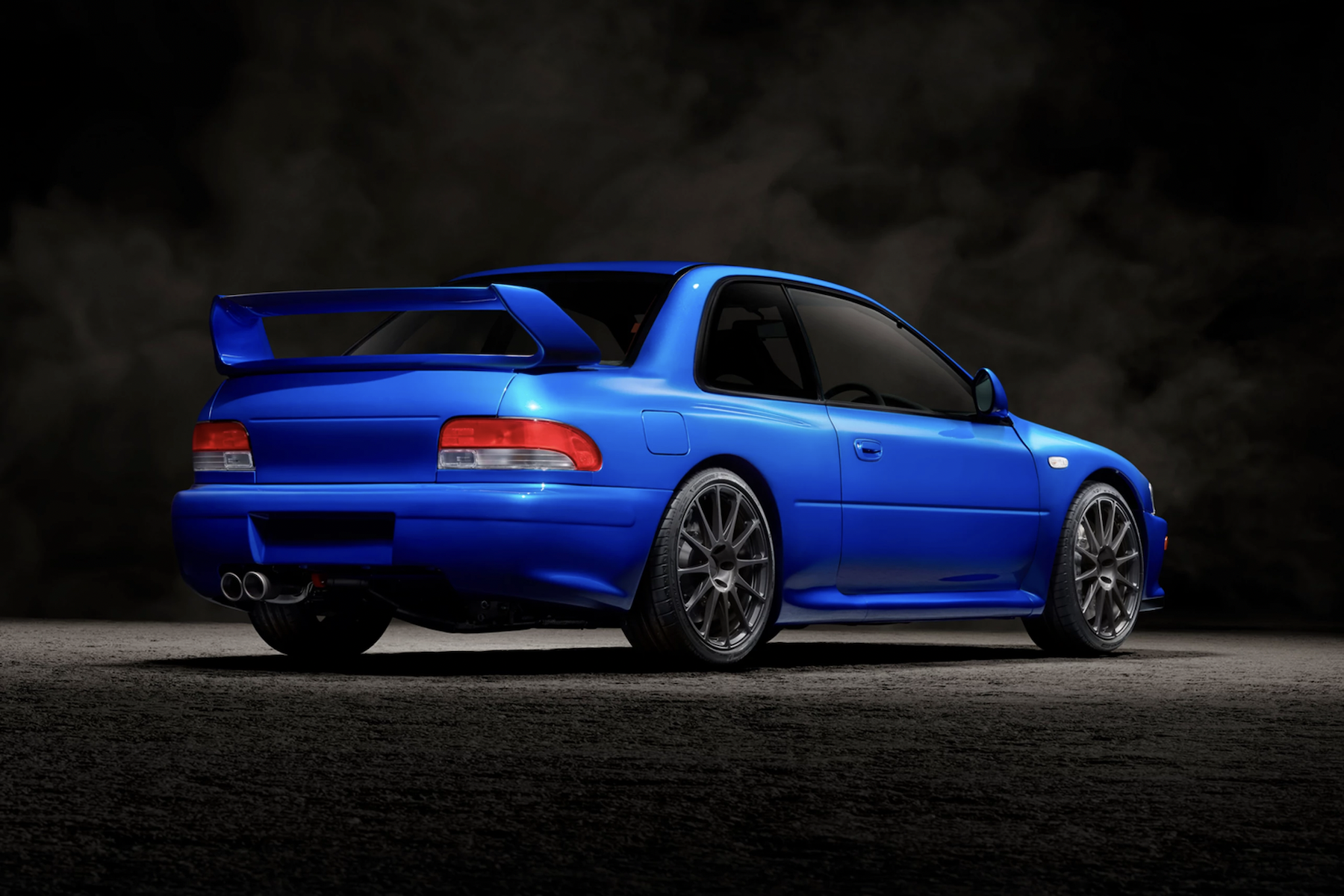 Twenty-five years ago, the speed nuts at Prodrive crafted a two-door Impreza for WRC duty, a car which then went on to inspire the Subaru Impreza 22B. That machine became a favorite of gearheads who like their cars traveling sideways, with all 424 of the road cars being snapped up and held in prized regard. The rest of us tuned them in games like Gran Turismo and Forza. Now, there’s a new one.

We apologize, but this video has failed to load.

And we do mean new. Prodrive says it has re-imagined what its rally because would have been if it were built using today’s technologies and know-how. Each will have an original two-door Impreza WRX chassis at its core, the very same chassis used in the first Impreza WRC, but now with reduced weight and a more powerful engine for vastly improved vehicle dynamics.

Prodrive says extensive use of carbon composite means the car weighs less than 1,200 kilograms (2,640 pounds). That’s not far off a contemporary MX-5, one of the modern standards of keeping weight at bay.

Weight was removed from the chassis by manufacturing the boot, trunk, roof, WRC-style rear wing and more from a carbon composite, while inside there are optional lightweight race seats with carbon door cards and a lithium-ion battery. Leave this thing out in a windstorm and it’ll likely blow away.

The use of the latest 2.5 L flat-four engine produced over 400 horsepower and approximately 440 lb-ft of torque will be enough to keep the driver busy. At hand is a six-speed gearbox which is described as a ‘semi-automatic’, though that simply sounds like its weapons cache.

More On This Topic

Peering at the spec sheet reveals it is actually a sequential gearbox with helical gears and a twin-plate clutch. There are limited-slip diffs front and rear (all-wheel-drive, natch), which should play nicely with the WRC-derived launch control and turbo anti-lag. Prodrive estimates the P25 will reach 100 km/h from rest in under 3.5 seconds.