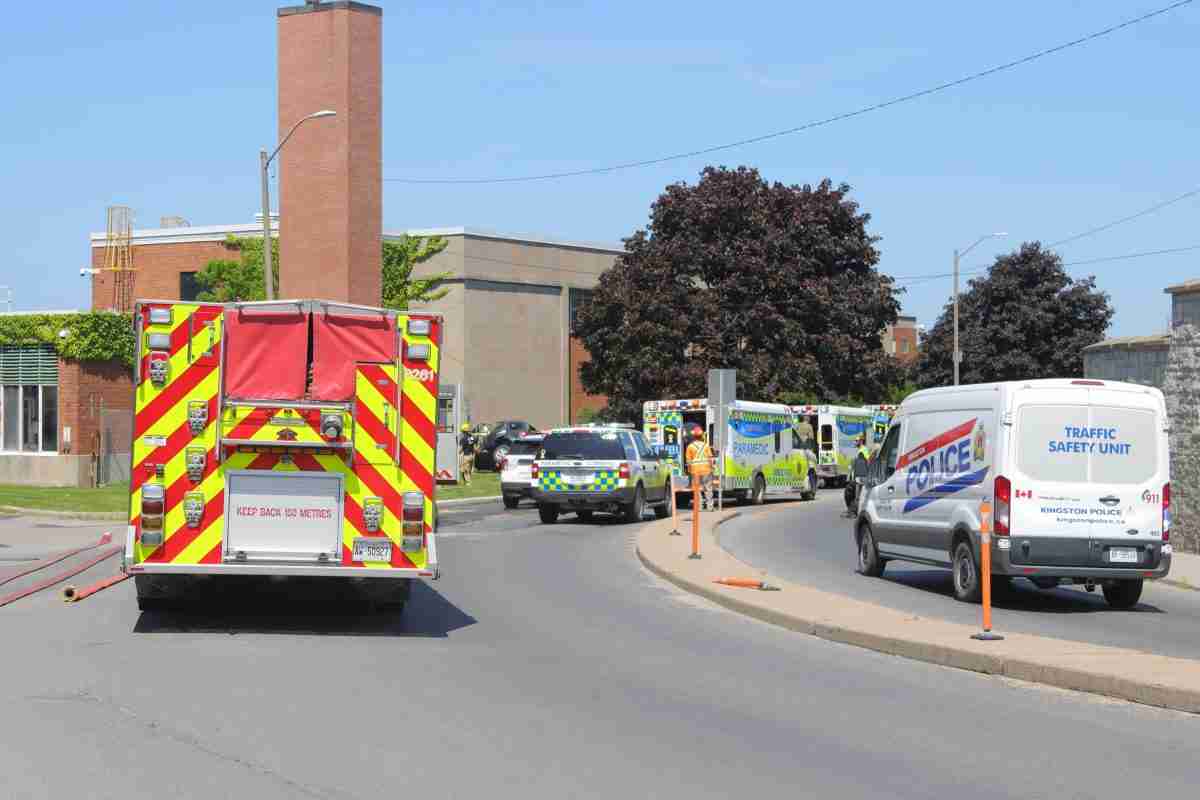 The lone male occupant of a vehicle that crashed near the LaSalle Causeway yesterday has died, according to Kingston Police.

The collision, which involved a single vehicle, occurred on the west side of the LaSalle Causeway at approximately 2:15 pm on Monday, Jun. 20, 2022. A large number of Kingston Police, Kingston Fire and Rescue, and Frontenac Paramedic personnel responded quickly, as traffic backed up on both sides of the already-bottle-necked area and police secured the scene.

All traffic across the Causeway was closed down nearly immediately.

According to Kingston Police, the lone male occupant of the vehicle was pronounced dead on the scene.

Traffic to and from the area remained limited to emergency response, as the Kingston Police Traffic Safety Unit Collision Reconstructionists attended and “conducted a thorough investigation.”

“The investigation continues while investigators attempt to determine the cause of the collision,” Gutheniz said.

Police did not disclose the identity of the deceased male immediately.