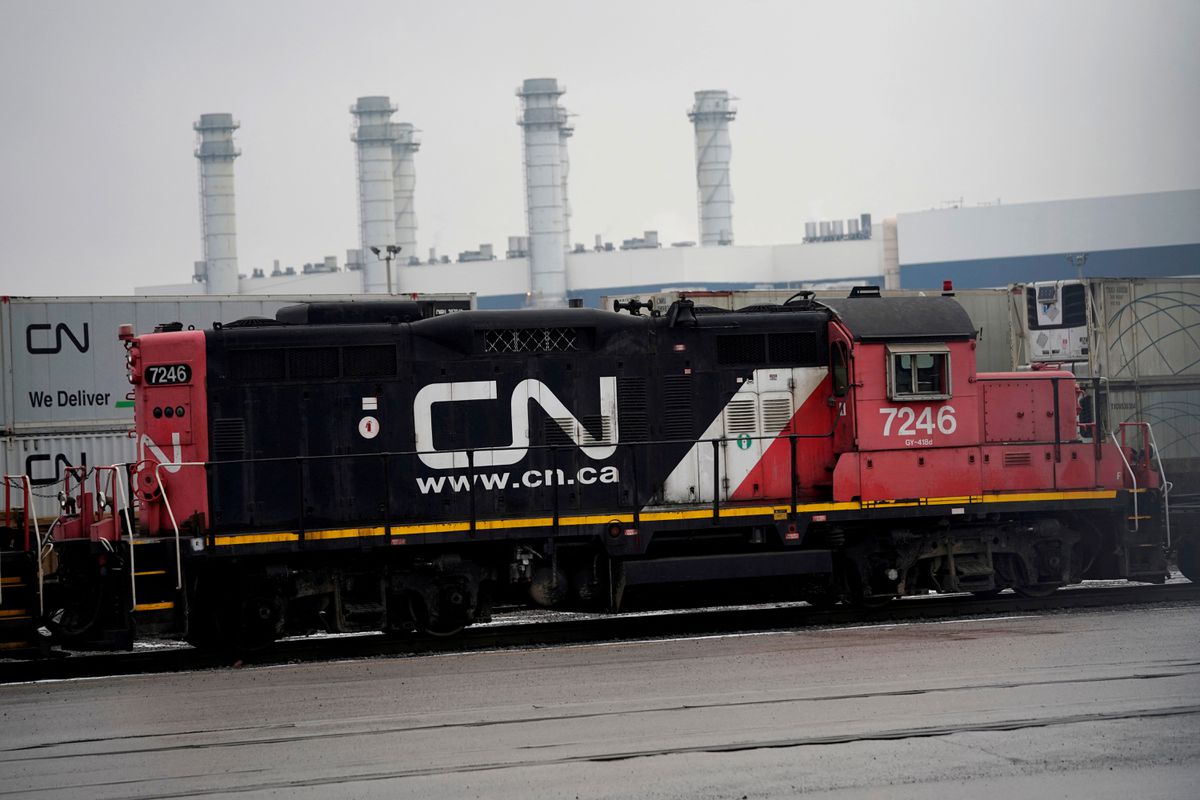 Workers in signals and communications have gone on strike at Canadian National Railway Co. CNR-T in a development that threatens to exacerbate transport bottlenecks across the country in the midst of the COVID-19 pandemic.

Some 750 members of the International Brotherhood of Electrical Workers in Canada walked off the job Saturday after failing to agree to a new labor contract with the railway, union negotiator Steve Martin said in an interview. The two sides are not meeting in person but continue to talk and exchange contract proposals, he said.

A spokesman for Canadian National would not confirm that the walkout had occurred. “We’re not saying anything at this point on our end,” Jonathan Abecassis said by phone on Sunday.

A lasting strike could deliver yet another hit to supply chains in Canada and drive up prices for goods, which have already been affected by the pandemic. And last year in British Columbia, mudslides and flooding severed all major highways between the Lower Mainland and the Interior, as well as freight routes used by Canadian National and rival Canadian Pacific.

The railway has a contingency plan in place to ensure that the safe transport of goods continues, Mr. Abecassis said. There is no impact to operations currently and there is none expected, he said.

The union challenged that view, saying fallout is unavoidable if the work stoppage continues. “The impact to operations is highly likely,” Mr. Martin said. That’s because a large percentage of workers are on-call employees responding to troubleshooting situations like the aftermath of thunderstorms, he explained. Others do preventive maintenance.

The striking workers repair and maintain CN’s trackside electrical and signaling equipment, such as crossings, track signals and switches. This equipment dictates the potential speed of trains, much in the same way traffic lights dictate the speed of motor vehicles on the road, Mr. Martin said.

CN intends to use managers and contract workers to do the work if needed, Mr. Abecassis said. It was unclear how this would be possible in Quebec, which has stringent laws against using non-management replacement workers in a labour-conflict situation.

The union last week gave the company a 72-hour notice of its intention to strike. The company has offered to resolve the remaining differences with the union, chiefly on wages and benefits, through binding arbitration.

One major issue being contested concerns what’s called “out-of-region work.” The company wants to be able to move workers out of their home region for a specific number of days at time, Mr. Martin said. The same issue came up during the previous contract negotiations, which yielded a five-year collective agreement that expired at the end of 2021.