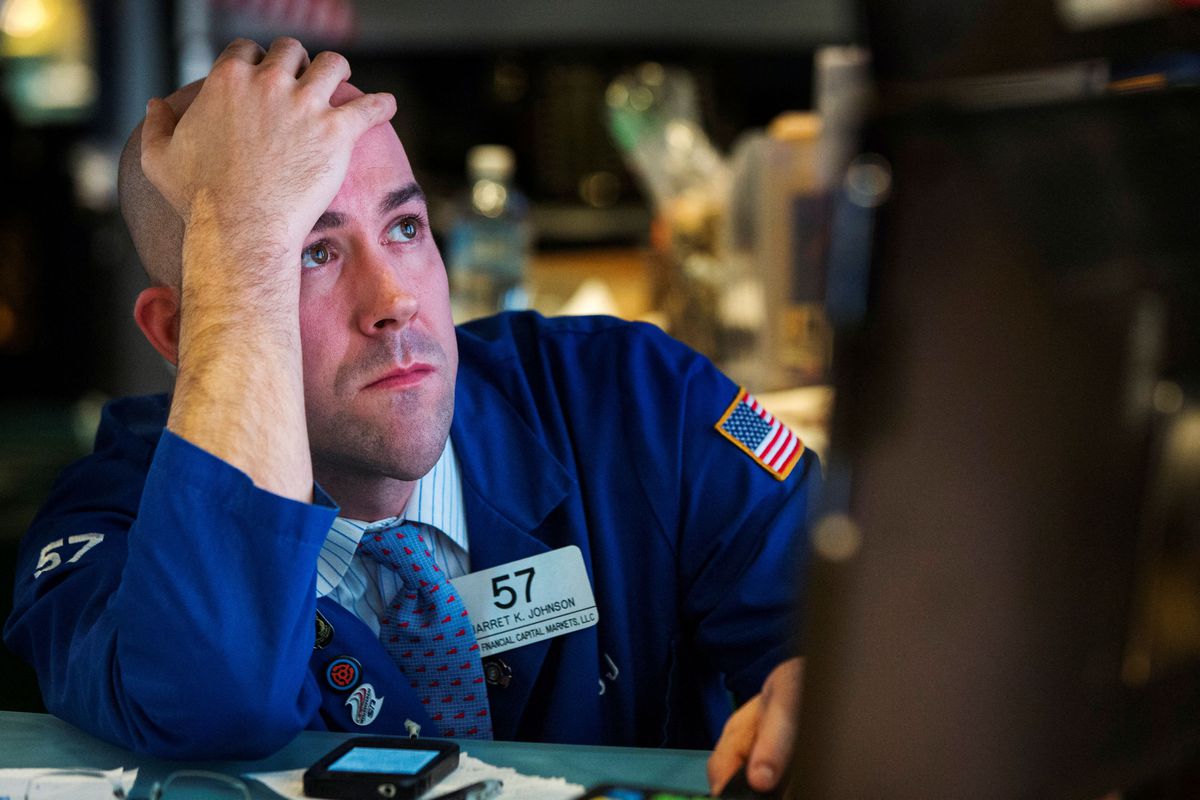 Wall Street futures fell in a choppy premarket period as nervousness over the path of interest rate hikes and the impact on the economy continues to dominate trading. European markets were down. TSX futures also slide.

Futures linked to the three key US indexes were all down in the predawn period, giving up early gains. On Wednesday, all three finished higher after the Federal Reserve delivered an expected 75-basis-point rate increase. The Nasdaq added more than 2 per cent while the Dow and S&P 500 each rose by more than 1 per cent. The S&P/TSX Composite Index finished the day up 0.32 per cent.

On Wednesday afternoon the Fed delivered its biggest policy increase in decades. Fed chair Jerome Powell said at a news conference that such moves likely won’t be common but also suggested that another increase of half or three-quarters of a point at the next Fed meeting seems likely in a bid to fight inflation.

“The reason for the post-Fed rally is perhaps not that the market was happy to hear that Powell doesn’t think that 75-basis-point hikes would become ‘common’ in the near future – as we may see at least one more 75-basis-poing hike this summer, but it was the fact that the market had gone well ahead of itself in terms of hawkish pricing, and a part of the hawkish bets were cut after the announcement,” Swissquote senior analyst Ipek Ozkardeskaya said.

“And the announcement was all but dovish,” she said. “The dot plot showed that the Fed officials mostly think that the rates would reach 3.4 per cent late this year, up from 1.9 per cent plotted in March.”

The Fed’s dot plot is a chart that summarizes the outlook for the central banks federal funds rate, with each dot representing the interest rate expected by members of the Federal Open Market Committee.

In this country, economists are now increasingly expecting the Bank of Canada to follow suit and ramp up the size of rate hikes in coming months.

“With the Fed having normalized a 75-basis-point move, we see the BoC also hiking by that amount in July, and the bank getting to 2.75 per cent [with its key policy rate] this year before also seeing enough of a deceleration in growth and inflation to call it quits at that level,” CIBC economists Avery Shenfeld and Andrew Grantham said in a note.

Meanwhile, federal Finance Minister Chrystia Freeland is expected to speak later Thursday at the Empire Club in Toronto on Ottawa’s plans to fight inflation and support the economy.

On the corporate side, TSX-listed LifeWorks Inc said on Thursday it would be bought by Telus Corp in a $2.9-billion deal. “The Transaction represents an exciting new chapter for LifeWorks,” Lifeworks CEO Stephen Liptrap said in a release. “The combination of TELUS Health and LifeWorks represents an unmatched opportunity to create a leader in employer-focused primary and preventative digital healthcare and wellness solutions on a global basis.”

“Oil prices continue to struggle to break intraday higher ground now that oil prices are pinging louder on the Fed’s new inflation radar. With the pivot from core to headline [inflation] as the primary gauge, higher oil prices raise the spectrum that the Feds will be content to continue raising rates to eliminate sticky energy inflation, even if that means higher unemployment.”

Reuters reports that Libya’s oil output took a hit due to the shutdown of production and export facilities as a tactic in the country’s political stalemate. Production fell to 100,000-150,000 barrels per day, a spokesman for the oil ministry said on Tuesday, a fraction of the 1.2 million bpd seen last year, the news agency reported.

In other commodities, gold prices pulled back as the US dollar again near 20-year highs.

The Canadian dollar was weaker alongside shaky global risk sentiment while its US counterpart found its footing on expectations that central banks will continue an aggressive course to combat inflation.

“The CAD has softened somewhat on the session so far, with weak risk appetite still a key driver of its short-term performance,” Shaun Osborne, chief FX strategist with Bank of Nova Scotia, said.

“A hawkish central bank, a resilient economy and firm commodity prices, delivering positive terms of trade benefits to the Canadian economy, remain positive factors for the CAD outlook from our point of view but the risk backdrop will continue to shade the CAD’s performance for the moment,” he said in a note.

On world markets, the US dollar index, which weighs the greenback against a group of world currencies, traded at 104.96 early Thursday after touching a two-decade high of 105.79 yesterday.

Britain’s pound was last at US$1.2062 against the US dollar, down 0.9% on the day after the Bank of England opted for a more cautious quarter percentage point rate increase.

In bonds, the yield on the US 10-year note was higher at 3.422 per cent in the predawn period.

Canadian National Railway Company said on a union representing about 750 workers could potentially go on a strike on June 18. The company said that it had received a strike notice from the International Brotherhood of Electrical Workers (IBEW), with a 72-hour notice period. The Montreal-based rail service provider said it remained positive that a deal with the union can be reached, adding that it will continue to negotiate with the union in good faith.

Revlon Inc. filed for Chapter 11 bankruptcy protection after struggling to compete with online-focused upstart brands in recent years. The nail polish and lipstick maker, controlled by billionaire Ron Perelman’s MacAndrews & Forbes, listed assets and liabilities between US$1-billion and US$10-billion, according to a filing with the US Bankruptcy Court for the Southern District of New York. The bankruptcy filing comes days after the Wall Street Journal reported Revlon had begun talks with lenders ahead of looming maturities of debt to avoid bankruptcy.

Elon Musk is expected to reiterate his desire to own Twitter Inc. when he speaks to the social-media company’s employees on Thursday, the Wall Street Journal reported, citing a person familiar with the matter. The head of electric car maker Tesla Inc is likely to clarify recent comments about remote work and talk about his strategy for Twitter, including the role of advertising and subscriptions, according to the report published on Wednesday.

(8:30 am ET) US housing starts and building permits for May.

With Reuters and The Canadian Press