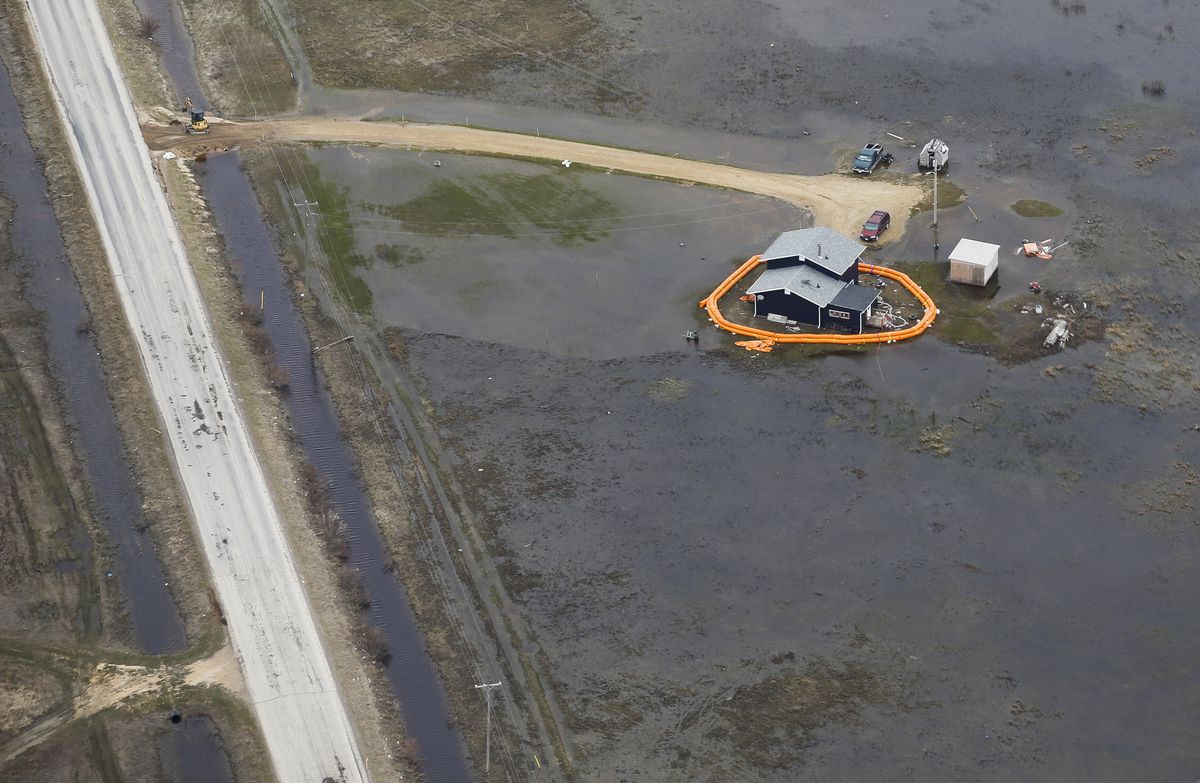 Calgary declared a state of emergency Monday as torrential rains were predicted to pelt Southern Alberta with more than a month’s worth of rain in just three days, but the city’s mayor said officials weren’t expecting a repeat of the deadly flooding in 2013.

The same wet weather has also put neighboring British Columbia on alert less than a year after historic amounts of rain caused flooding and debris slides in November. Several areas in southeastern BC were under flood watches or warnings, while there was an evacuation alert in the community of Six Mile, near Nelson, BC

Forecasts in both provinces predict the worst would be over by midweek.

Calgary Mayor Jyoti Gondek said she issued a state of emergency “out of extreme caution.” Should the situation worsen, the declaration will give experts access to properties to protect critical infrastructure. She said the order would allow firefighters and police to go door-to-door to advise residents of evacuation orders. Neither action is necessary at this time.

“I realize that may cause some fear, some anxiety for Calgarians, especially those who went through this in 2013,” Ms. Gondek said. “I can tell you that you’re in good hands.”

Rain is expected to pummell southern Alberta until Wednesday, according to Environment Canada, which has issued rainfall warnings for between 75 and 150 millimeters of rain in areas like Banff, Calgary and Rocky Mountain House, Alta.

Water expert Dr. Alain Pietroniro, a professor at the University of Calgary, said the expected rainfall is significant, but is unlikely to mirror the major flooding seen in 2013 when more than 100,000 Albertans were displaced.

Teacher. Pietroniro said precipitation in the high mountains is expected to fall as snow, instead of rain, which will “slow things down.” The forecast also calls for less rainfall compared with 2013 levels and he said cities are better prepared.

“Things could change. You never quite know with these events but, for now, it’s not setting up to be a major event,” he said. “We just have to keep watching the weather very closely.”

The event in 2013 caused $5-billion in damage and was, at the time, the costliest flood in Canadian history. The flooding battered thousands of homes and killed five people, including one in Calgary and four others elsewhere in the region.

The province later approved a reservoir in Springbank, Alta., 15 kilometers west of the city, that will be able to divert water from the Elbow River, but the $432-million project faced multiple delays and construction only started last month.

Officials in Calgary said reservoirs have been emptied in preparation for prolonged rainfall. Residents have been warned of possible high flow rates on the Bow and Elbow Rivers.

Alberta’s Environment Ministry issued a flood warning on the Bow River between Banff and Exshaw, Alta., and flood watches on the Bow, Elbow and Highwood rivers upstream of Calgary and High River, Alta. The department is anticipating impacts to roads, parks and other infrastructure.

In BC, the province’s River Forecast Center on Monday upgraded a flood watch for the Elk River, near Fernie, BC, in the southeastern Kootenay region, to a flood warning, indicating that snowmelt and unsettled weather have put the river at imminent risk of breaching its banks. It warned of flooding in the East Kootenay region in particular.

“Given the uncertainty in the position of the weather pattern and heaviest rainfall, it is possible that adjacent areas in the West Kootenay and Upper Columbia also experience significant flows,” the center said in a statement.

The center also issued a flood watch Monday for the Shuswap region, including the South Thompson River tributaries, and high-streamflow advisories for the Okanagan, Boundary and the Similkameen River in the Southern Interior. Earlier flood watches for the North Thompson River and the Cariboo Mountains have been maintained.

Environment Canada issued a rainfall warning for the Elk Valley, saying that 50 to 80 millimeters of rain could be expected by late Tuesday, causing flash floods and water pooling on roads. The city of Fernie has activated its emergency operations centre, closed trails and set up sandbagging stations for residents.

On Sunday, the Regional District of Central Kootenay issued an evacuation alert for about 120 properties in the community of Six Mile, north of Nelson, BC

Officials in BC have been on heightened alert since an atmospheric river dumped record rain on parts of the province in 2021, washing out the highway system, devastating communities and paralyzing supply chains. The Globe and Mail previously estimated the cost of repairing what was lost to be near $9-billion.

On Monday, Abbotsford City Council approved a flood mitigation project that, in the event of an overflow from the Nooksack River, would direct water over the west side of Sumas Prairie and through a designated floodway to the Sumas and Fraser rivers. The city will now work on details of the plan and prepare a funding submission to the province.

We have a weekly Western Canada newsletter written by our BC and Alberta bureau chiefs, providing a comprehensive package of the news you need to know about the region and its place in the issues facing Canada. Sign up today.