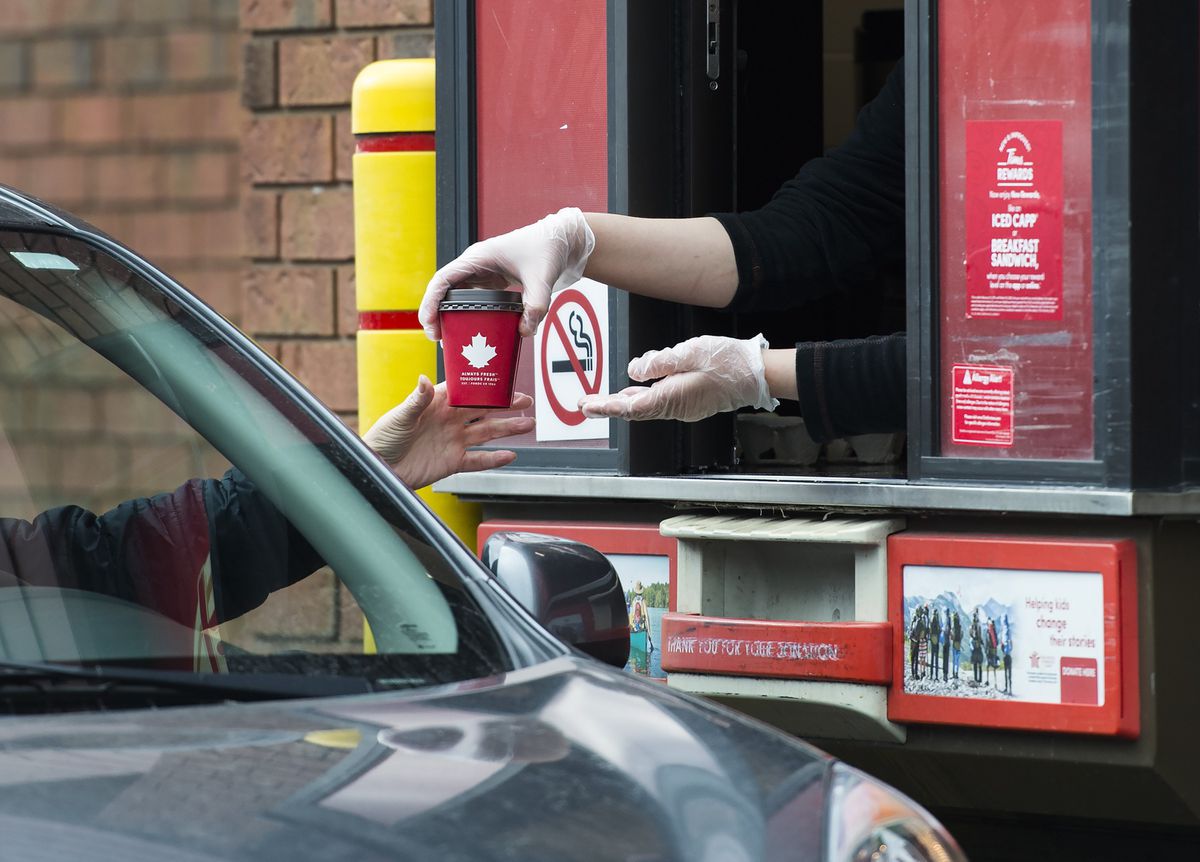 I’m new to Ontario and I’m wondering: can I text on a phone while driving on private property – for example, in a Tim Hortons drive-through? –Sulabh

Ontario’s the only place in Canada where you can legally text in a drive-through – but you probably shouldn’t.

“It would definitely be recommended that people stay off of their devices at any time their vehicle isn’t parked,” Bill Dixon, Ontario Provincial Police (OPP) spokesman, said in an e-mail. “Being distracted by texting in a parking lot or even a [drive-through] lane could still result in a collision.”

In every province, including Ontario, the rules say you can’t text while you’re behind the wheel unless your car is parked.

But in Ontario, the rules of the road – the Highway Traffic Act (HTA) – only apply on roads. They don’t apply on any private property – even if that property is accessible to the general public, Dixon said.

It gets complicated, but the HTA applies on highways – that’s any public road. The HTA defines a highway as “a common and public highway, street, avenue, parkway, driveway, square, place, bridge, viaduct or trestle, any part of which is intended for or used by the general public for the passage of vehicles. ” So, technically, you can text in the Tim Hortons drive-through or in a Costco parking lot in Ontario without facing the hefty fines, three demerit points and driver’s license suspension that come with breaking the province’s law against driving while using a hand-held device.

In fact, because Ontario parking lots and drive-throughs aren’t considered roads under the HTA, you can drive in them without a driver’s licence, vehicle registration or insurance – although you’d need to take a public road to there.

While posted speed limits and traffic signs don’t have legal force on private property in Ontario, you could still face dangerous driving charges under the Criminal Code of Canada, which applies everywhere in Canada.

In every other province, the rules of the road apply on any private property that is open to the public. So, they would apply in the drive-through but not, for instance, on a private farm.

That means you could be charged in the drive-through in Montreal, Calgary or Halifax if you’re texting a friend to see whether he’d like a double-double.

While the law also applies to drive-throughs in British Columbia, police say they likely won’t charge you if you’re caught texting in one.

“Legally, yes, we could charge you, but it’s really frowned upon because it’s not keeping up with the spirit and intent of the law,” said Corporal Mike Halskov, a spokesman for BC Highway Patrol. “The intent of the law is to prevent collision injuries and deaths – typically that’s not happening in drive-throughs.”

Halskov said he hadn’t heard of anyone being charged for texting in a drive-through “in a long, long time.”

In 2019, a driver in Surrey, BC, received a warning for texting in a McDonald’s drive-through. So, where the rules of the road do apply, when can you legally text?

“The vehicle has to be off the road or legally parked [on the roadway] – not in motion and not impeding traffic,” OPP’s Dixon said.

In every province, you have to be properly parked. That means you’re safely pulled over – as long as it’s somewhere where you’re allowed to pull over – and you’ve shifted into Park.

“You can’t just stop in a lane of traffic,” Halskov said. “And you can’t text when stopped at a red light – even if you’ve put it into Park.”

If you’re texting at a red light, you could cause a crash if you don’t see the light turn green right away, Halskov said.

“It’s been shown that it takes a few seconds for the person to realize what’s happening and put the phone down,” Halskov said. “When they do, they tend to go without really looking – that’s when crashes happen.”

Have a driving question? Send it to globedrive@globeandmail.com and put ‘Driving Concerns’ in your subject line. Emails without the correct subject line may not be answered. Canada’s a big place, so let us know where you are so we can find the answer for your city and province.