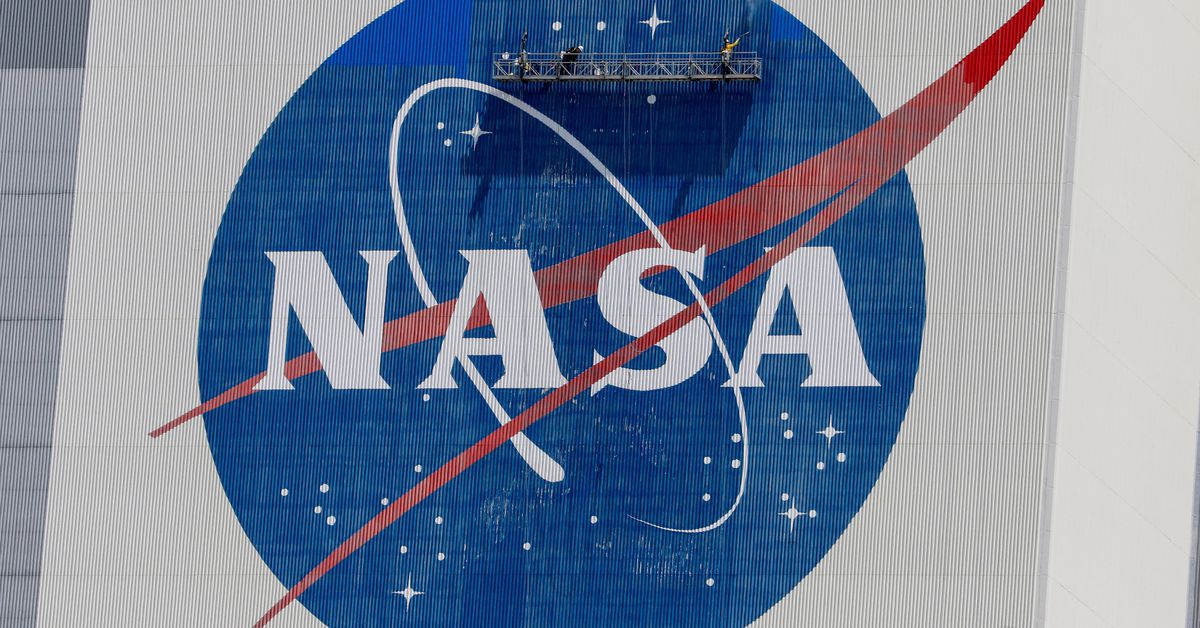 Workers pressure wash the logo of NASA on the Vehicle Assembly Building before SpaceX will send two NASA astronauts to the International Space Station aboard its Falcon 9 rocket, at the Kennedy Space Center in Cape Canaveral, Florida, US, May 19, 2020. REUTERS/ Joe Skipper

WASHINGTON, June 9 (Reuters) – NASA said on Thursday it plans to assemble a team of scientists to examine “unidentified aerial phenomena” – commonly termed UFOs – in the latest sign of the seriousness with which the US government is taking the issue.

The US space agency said the focus will be on identifying available data, the best ways to gather future data and how it can use that information to advance scientific understanding of the issue. NASA tapped David Spergel, who formerly headed Princeton University’s astrophysics department, to lead the scientific team and Daniel Evans, a senior researcher in NASA’s Science Mission Directorate, to orchestrate the study.

A team of scientists is due to be convened by the fall, then will spend roughly nine months developing a public report on its findings, Evans said. NASA will spend “anywhere from a few tens of thousands of dollars” to no more than $100,000 on the effort, Evans added.

The announcement comes a year after the US government issued a report, compiled by the Office of the Director of National Intelligence in conjunction with a Navy-led task force, detailing observations mostly by Navy personnel of “unidentified aerial phenomenon,” or UAPs. Two Pentagon officials testified on May 17 at the first congressional hearing on UFOs in a half century.

“We’re looking at the Earth in new ways, and we’re also looking the other way, at the sky, in new ways,” Thomas Zurbuchen, the chief of NASA’s science unit, told reporters on a conference call. “What we’re really trying to do here is start an investigation without an outcome in mind.”

US officials have described UAPs as a national security issue, which NASA echoed.

“Unidentified phenomena in the atmosphere are of interest for both national security and air safety. Establishing which events are natural provides a key first step to identifying or mitigating such phenomena, which aligns with one of NASA’s goals to ensure the safety of aircraft,” NASA said in a news release.

Last year’s report said US defense and intelligence analysts lacked sufficient data to determine the nature of UAPs observed by military pilots including whether they are advanced earthly technologies, atmospherics or of an extraterrestrial origin. The two Pentagon officials last month acknowledged many observations remain beyond the government’s ability to explain.

NASA said in a news release: “There is no evidence UAPs are extraterrestrial in origin.”

“The first step is to figure out what data is at hand,” Evans said.

NASA’s involvement in Pentagon efforts to characterize UAPs has been previously acknowledged by US officials.

The Pentagon has made public some video of enigmatic objects exhibiting speed and maneuverability exceeding known aviation technology and lacking any visible means of propulsion or flight-control surfaces.

Reporting by Joey Roulette; Editing by Will Dunham