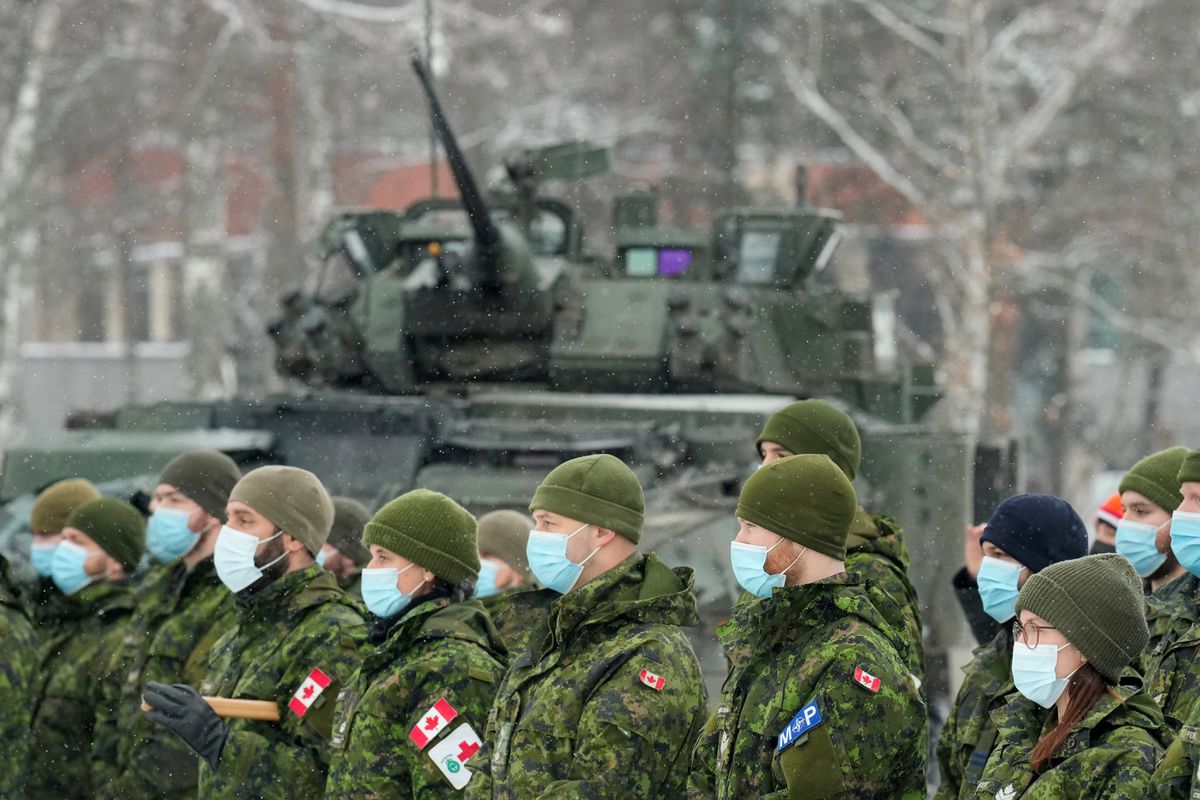 Canada has fallen so short of its NATO commitment to devote 2 per cent of annual economic output to military spending that it would cost $75-billion over the next half-decade to catch up, a new report by a parliamentary budget watchdog says.

The North Atlantic Treaty Organization is a military alliance dedicated to the collective defense of its 30 members, including Canada. In 2006, NATO defense ministers agreed to commit a minimum of 2 per cent of their gross domestic product to defense spending to ensure the alliance’s readiness. In 2014, they renewed that commitment.

Parliamentary Budget Officer Yves Giroux says there’s no chance Canada will meet its NATO goal over the next five years with the government’s current level of military spending.

“Based on our analysis, the target of 2 per cent of GDP remains out of reach over the medium term,” Mr. Giroux said Thursday.

Canada will nevertheless make some progress, he added.

But getting to 2 per cent would require a lot more money – about $13-billion to $18-billion each year over the next five years, or about $75-billion.

Ottawa has faced pressure from allies to increase its military spending, particularly after Russia’s invasion of Ukraine.

Moscow’s aggression represents the biggest global security crisis in decades and has prompted Western countries to hike defense spending – in particular Germany, which has pivoted sharply from its post-reunification pacifism and committed US$113-billion to additional expenditures for its armed forces.

Prime Minister Justin Trudeau’s government, however, only offered modest increases in its April budget – far less than what Defense Minister Anita Anand had hinted might be coming.

Ms. Anand told CBC-TV in mid-March that she was bringing forward “aggressive options” for cabinet, some of which could push military spending above the 2-per-cent target. Defense analysts have estimated this would cost an extra $17-billion a year.

But the 2022 budget delivered just an additional $1-billion or $2-billion in each of the next four years, rising to more than $3-billion in the fifth year.

Figures published by NATO show that Canada is near the back of the pack in military spending as a share of GDP, along with Slovenia, Belgium, Spain and Luxembourg.

However, only eight of NATO’s 30 members are on track to meet the 2-per-cent goal in 2021, the same data shows: Greece, the United States, Poland, the United Kingdom, Croatia, Estonia, Latvia and Lithuania. France is relatively close at 1.93 per cent.

Military spending for the purpose of calculating a country’s compliance with the NATO target includes Canada’s Coast Guard.

One of the challenges for all countries is that as their economic output grows, so does their NATO commitment. So even though Canada’s defense spending grew 67 per cent between 2014 and 2021, it has simply not kept up with its GDP growth.