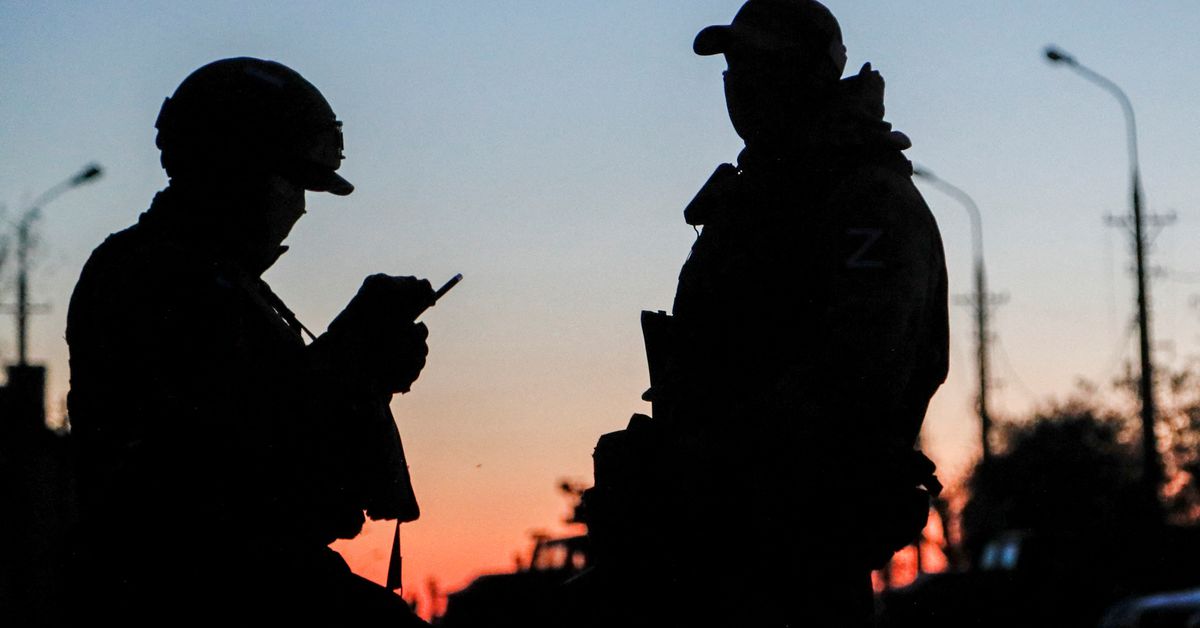 Russian service members stand guard on a road during sunset before the expected evacuation of wounded Ukrainian soldiers from the besieged Azovstal steel mill in the course of Ukraine-Russia conflict in Mariupol, Ukraine May 16, 2022. REUTERS/Alexander Ermochenko

LONDON, June 7 (Reuters) – Russia has prosecuted around a dozen army officers after hundreds of conscripts were sent to fight in Ukraine, a military prosecutor said on Tuesday.

President Vladimir Putin has repeatedly denied that Russia is using conscripts, young men who are drafted by the state to serve in the army, saying only professional soldiers and officers are taking part in its military operation. read more

However the defense ministry acknowledged in March that some had been mistakenly sent to fight. read more

“According to supervision of the Western Military District … about 600 conscript soldiers were drawn into the special military operation, all of whom returned as soon as possible,” prosecutor Arthur Yegiev said, speaking to Russia’s upper house of parliament.

The officers who allowed this to happen have faced disciplinary proceedings including the prospect of dismissal, he said, without giving any more details.

The issue of conscripts’ involvement in the war is highly sensitive in Russia. Although Russia has stopped publishing statistics about how many of its soldiers have died in Ukraine, estimates have run into the thousands.

Some associations representing mothers of Russian soldiers have raised concerns about conscripts being drafted to fight despite a lack of adequate training. All sides in the Ukraine conflict have systems of conscription, where young men are required by law to do military service.

Moscow, which sent thousands of troops into Ukraine on Feb. 24, says that it is engaged in a “special military operation” to demilitarize its neighboring country and rid it of dangerous nationalists threatening its Russian-speaking population.

Ukraine and its allies dismiss Russia’s claims as a baseless pretext to launch an unprovoked war of aggression that has killed thousands, flattened cities, and driven more than 6 million people to flee abroad.

Reporting by Reuters; editing by Guy Faulconbridge and Angus MacSwan