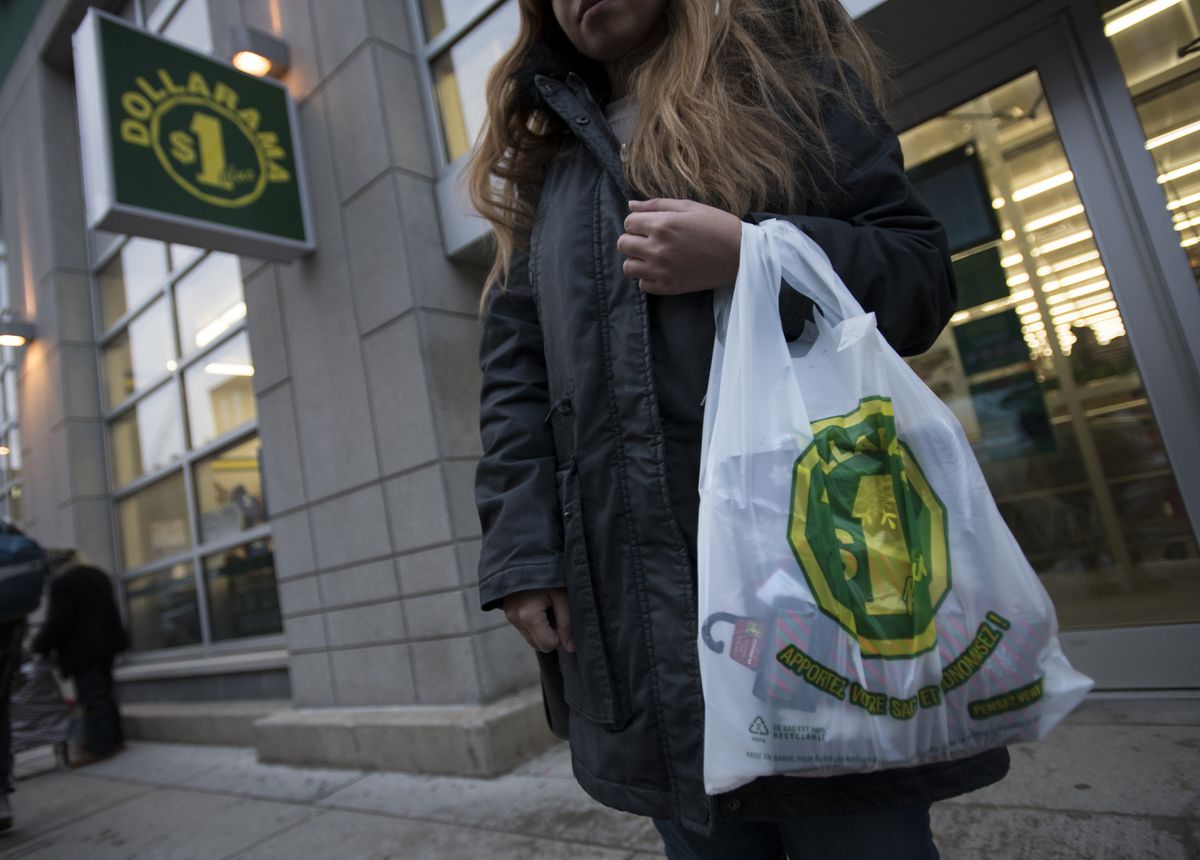 Scotia Capital analyst George Doumet thinks the Street is not giving “reasonable value” to the expanding Investment Management business of Colliers International Group Inc. (CIGI-Q, CIGI-T), which he believes is “big enough at this point.”

In a research note released Tuesday, he said investors are also being “overly punitive on what an economic slowdown could look like, especially in the face of a currently recovering office leasing and robust fundraising environment.”

In early May, Colliers announced the acquisition of Rockwood Capital LLC, a US real estate investment management firm with more than US$12-billion of assets under management. That deal followed deals for Harrison Street in 2018 and a 75-per-cent stake in Basalt Infrastructure Partners LLP in January.

“On a pro-forma basis, CIGI’s total IM AUM sits at $77-billion, with the segment generating 30 per cent of total adj. EBITDA,” said Mr. Doumet. “We see strategic merits in both recent Basalt and Rockwood acquisitions given that they open the door to cross-selling opportunities between CIGI’s existing and new investor bases and between CIGI’s existing product lines (property & project mgmt. and engineering services) and allows for increased debt activities through Colliers Mortgage. Looking ahead, areas of interest for the IM segment are: (i) adding private credit and debt funds to the mix; (ii) increasing capabilities to raise capital in Asia; and (iii) improving capital raising efficiencies, including enhanced distribution. Lastly, we highlight that CBRE is close to 40-per-cent penetrated in terms of services provided to assets in its IM funds, whereby we estimate CIGI is closer to 5 per cent today, leaving ample room to continue to cross-sell moving forward .

“CIGI’s Investment Management platform has grown AUM at an impressive CAGR of 33 per cent since Q1/19, on a proforma basis, all while generating adj. EBITDA margins (excluding pass-through) in the 40-per-cent to 45-per-cent range. Over the medium term, we continue to expect strong growth in AUM to be driven by the continued appetite for alternative investments and cross-selling opportunities between CIGI IM and Basalt’s and Rockwood’s investor bases.”

After adjusting his financial model to account for an earlier-than-anticipated close of the Basalt deal and changes to his valuation model, Mr. Doumet trimmed his target for Colliers to US$160 from US$168, above the US$150.31 average, with a “ sector outperform” rating.

Despite that reduction, he now sees a “compelling” risk-reward proposition with its share down almost 20 per cent thus far in 2022 “on concerns that the war in Ukraine could pressure European volumes and (more importantly) an increasingly more hawkish Fed could negatively impact North American transaction volumes, especially industrial and multi-family activities, which have seen a boom in the last 2 years.”

“We take our estimates one step further and apply what we believe to be reasonable multiples to get a sense of what potential share price downside could look like,” he said. “Firstly, we apply a 10 times EV/EBITDA 2023 estimates multiple to the Real Estate Service Business (which happens to be CIGI’s 2014-2019 average multiple) and a (compressed) 15 times EV/EBITDA 23E multiple on the IM segment. While arguably too punitive, we have also applied CIGI’s average trough valuation multiple (8.4 times), for the equivalent period to Real Estate Service Business. This yields potential ranges from $106 to $119. Lastly, we also look at what full balance sheet deployment (up to 2.5-times leverage) could look like. We estimate that this would translate into $169/share of upside.”

“In this uncertain environment, we expect DOL to continue to outperform given its good earnings visibility and relatively attractive two-year EPS CAGR [compound annual growth rate] of 18 per cent (FY22–24 estimates),” he said in a research note. This should support current valuations, with longer-term earnings upside as the higher price points are fully rolled out.”

For the quarter, Mr. Li is projecting earnings per share of 46 cents, a penny below the consensus expectations, with same-store sales growth of 4.0 per cent, down from 5.8 per cent a year ago and below the Street’s 5.0-per- hundred forecast.

“While supply chain challenges and higher logistical costs remain top of mind, we believe they are manageable based on our channel checks and discussion with management,” said Mr. Li. “Since DOL is a price follower, we believe the bigger unknown is the industry’s willingness/ability to pass on the higher costs and the impact on consumer demand. This is especially important as DOL gets set to introduce higher price points of up to $5.00 this summer.”

“We recently shopped more than 250 products across 10 categories. We found DOL’s price gap widened slightly in April/May vs the past few months. Since DOL has also been doing mark-ups, the widened price gap is a sign that its competitors are also increasing prices and that DOL’s strong value proposition remains (on average 40–50-per-cent cheaper than Walmart and Amazon on a price per unit basis).”

In a separate research note, Mr. Li said he expects Saputo Inc.‘s (SAP-T) fourth-quarter 2022 results, scheduled to be released on Thursday morning, to be “weak” with investors focusing on its outlook for the current quarter and signs of a recovery in the current fiscal year.

“The Street currently expects 16-per-cent EBITDA growth for 1Q FY23 based on easy comps,” he said. “We believe there could be risk as consumers trade down and retailers push back on price increases, which could limit SAP’s ability to fully pass on the higher costs. High milk costs (tight supplies, drought and high feed costs) could also weigh on margins. On the positive side, the milk–cheese spread is improving as cheese prices remain firm and dry whey prices have normalized. SAP should also benefit from strong year-over-year cheese price comparisons, resulting in operating leverage.”

“Overall, we expect the stock to remain range-bound until earnings visibility improves,” he said. “Despite near-term market challenges, our positive long-term view is predicted on compelling mid- to high-teens percentage annual EBITDA growth over the next 2–3 years. This is driven by benefits from SAP’s strategic initiatives and assumes market conditions stabilize.”

Emphasizing “patience is required,” Mr. Li reaffirmed a “buy” recommendation and $35 target. The current average is $35.50.

On the heels of the late May release of its fourth-quarter financial results, B. Riley analyst Lucas Pipes sees Champion Iron Ltd. (CIA-T) “well-positioned to balance growth with capital returns.

In a research note released Tuesday, he raised his full-year earnings per share projection for the Montreal-based company to 90 cents from 80 cents.

Stifel analyst Stephen Gengaro sees the pressure pumping dynamics in the United States as “very positive,” leading him to initiate coverage of ProFrac Holding Corp. (PFHC-Q) with a “buy” recommendation.

The Texas-based company began trading on the Nasdaq on May 13 following a US$288-million initial public offering.

“We expect rising US drilling and completion activity to persist, especially given the importance of US crude and natural gas given the Russia/Ukraine war,” said Mr. Gengaro. “Given the tight pressure pumping supply/demand fundamentals, we expect rising frac prices to fuel increased EBITDA per fleet for US pressure pumpers.”

“While arguing “it is different this time” is often a recipe for failure, we believe the industry dynamics are significantly better than prior cycles. Keys to this: Significant industry consolidation, including asset ownership passing to companies with more pricing discipline; a sharper focus on returns and cash generation, led by a shift in the behavior of industry leader Halliburton; the likely lack of private equity funding new entrants and the importance of low emission assets.”

Calling ProFrac a “a well-run, US vertically integrated pressure pumper,” the analyst justified his rating by pointing to: “A solid track record of healthy profitability per fleet; a high-quality fleet with 90 per cent of pre-acquisition assets under six years old; vertical integration that bolsters its efficiency in the field and reduces maintenance costs per fleet; expectations for strong 2022-23 operating results and a discounted valuation relative to peers.”

Mr. Gengaro, the first analyst to initiate coverage, set a target of US$24 per share.

“We expect robust revenue and EBITDA growth at least through 2023 supported by a tight oil and gas market, rising US drilling & completion activity, disciplined capital spending from US pressure pumpers, and rising frac prices,” he added.

In other analyst actions:

* Canaccord Genuity initiated coverage of Wishpond Technologies Ltd. (WISH-X) with a “speculative buy” rating and $1.75 target. The average is $2.10.