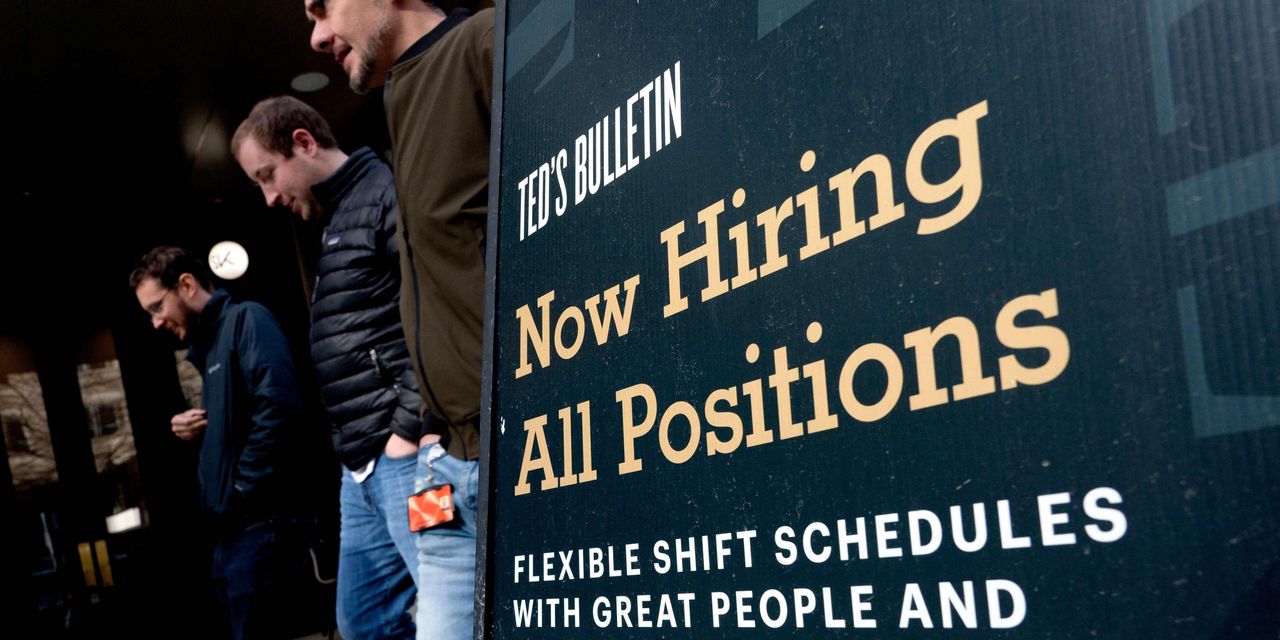 The numbers: The US added a solid 428,000 new jobs in April, but an acute labor shortage showed little improvement last month and threatens to add to the highest inflation in 40 years.

The unemployment rate was unchanged at 3.6%, the government said Friday, just a few ticks above a 54-year low.

The size of the labor force, meanwhile, shrank in April for the first time in seven months in a sign of how difficult it is for companies to find workers.

As a result, the so-called rate of participation in the labor market dropped to 62.2% from 62.4%, leaving it more than a full percentage point below pre-pandemic levels.

The April employment report won’t have any sway on the Federal Reserve’s plan to raise interest rates sharply this year. The central bank lifted rates on Wednesday for the second time since March as part of an effort to contain the worst outbreak of US inflation since the early 1980s.

Although one of the Fed’s two mandates is to foster a strong jobs market, the bank is worried that a persistent labor shortage will drive up wages too much and add to intense inflationary pressures already squeezing the economy.

The cost of living has jumped 8.5% in the past year, marking the biggest increase since 1982.

Wages are also climbing rapidly, but not quite as fast. Hourly pay rose sharply again in April and put the increase in the past 12 months at 5.5% — also the biggest gain since the early 1980s.

Big picture: The tightest labor market in decades is a double-edged sword.

Although higher wages haven’t played a big role in the surge in US inflation over the past year, the Fed worries rising labor costs could exacerbate price pressures.

By raising interest rates to cool off a hot economy, the Fed aims to contain the increases in both the cost of materials and the cost of labor.

It could be a tough pill for workers to swallow. Rising wages are helping them to cope with high inflation and a slower economy could weaken a strong labor market.

The biggest job gains once again took place at service-oriented companies such as restaurants and hotels. They added 78,000 workers.

Employment also rose by 55,000 among manufacturers and 52,000 at transportation companies.

The number of new jobs created in March and February were little changed.

The shrinking labor force was the only notable negative in the jobs report, economist said. An estimated 363,000 stopped working or looking for work.

The size of labor force has grown considerably, however, over the past year amid a record number of job openings and gradually waning pandemic.

The US is just 1.2 million jobs below its pre-coronavirus peak, a number the economy is likely to exceed by July at the current rate of hiring.

Economists are watching closely to see if rising wages start to add significantly to inflationary pressures.

The last time a so-called wage-price spiral took place was in the 1970s and early 1980s, when the US experienced one of the worst bouts of inflation in its history.

Looking ahead: “The job market continues to plow forward, buoyed by strong employer demand,” said Glassdoor senior economic Daniel Zhao. “However, the job market is showing some signs of cooling as it turns the corner and the recovery enters a new phase.”

“American businesses are still eagerly hiring despite all the uncertainty about inflation, interest rates, the war in Ukraine, and lockdowns in China,” said senior economist Sal Gautieri of BMO Capital Markets. “However, job growth is bound to slow along with the economy as the Fed ratchets up interest rates to try to control inflation.”

were set to open lower in Friday trades.

Stocks gyrated wildly in the past two days as investors sought to figure out whether the US economy is sturdy enough to withstand a rapid increase in interest rates by the Federal Reserve.