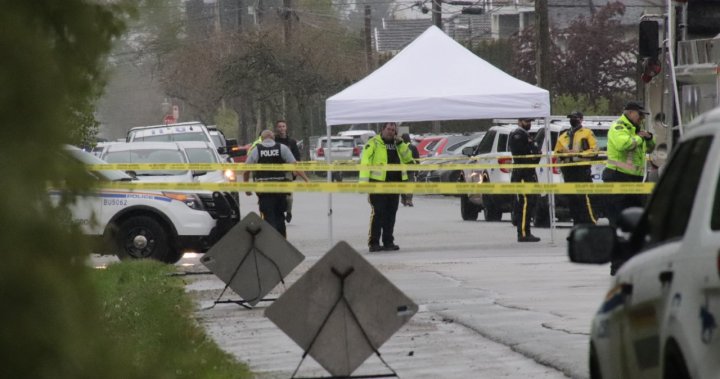 A 14-year-old girl was killed in a collision involving a dump truck in Burnaby on Thursday, RCMP said.

Burnaby RCMP said officers were called to a collision involving a pedestrian and a commercial vehicle in the 7100-block of 11th Avenue shortly before 3:30 pm

The vehicle, a dump truck with a dump trailer, could be seen cordoned off behind police tape at the scene.

Pedestrian struck and killed by transport truck in downtown Vancouver

Police said the driver of the vehicle remained on scene and was cooperating with investigators.

We understand a tragic incident like this will be felt widely throughout the community. Burnaby RCMP is looking at ways to support those impacted by this tragic death,” Burnaby RCMP Cpl. Brett Cunningham said in a media release.

Our Victim Services Unit is also engaged and offering support to those affected.

Police do not believe drugs or alcohol were factors in the crash, and the Burnaby RCMP Criminal Collision Investigation Team is working to determine what led up to the crash.

Anyone who witnessed the collision or has video shot in the area of ​​11th Avenue between 18th Street and 15th Street between 3 pm and 4 pm is urged to contact police.