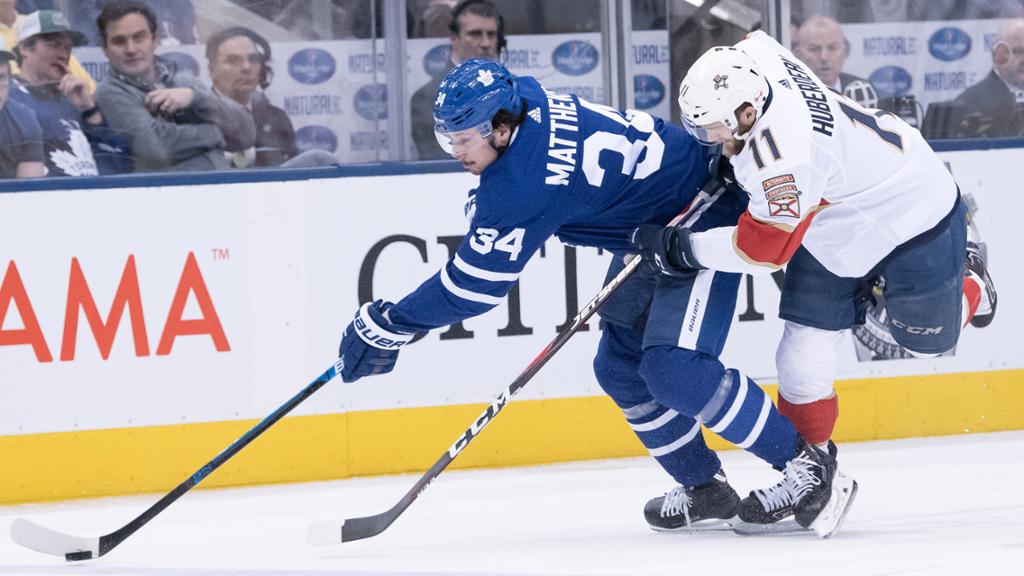 To mark the conclusion of the 2021-22 season, NHL.com is running its fifth and final installment of the Trophy Tracker series this week. Today, we look at the race for the Hart Trophy, given annually to the player adjudged to be the most valuable to his team as selected in a vote by the Professional Hockey Writers’ Association.

Scoring 60 goals in a season historically has not been a gateway to winning the Hart Trophy.

It could be this season.

Toronto Maple Leafs center Auston Matthews has scored 60 goals in 73 games, including a stretch of 51 goals in 50 games from Nov. 24-April 9.

Matthews is on pace to win the Rocket Richard Trophy as the leading goal scorer in the NHL and is the favorite among a panel of 17 NHL.com writers to win the Hart Trophy for the first time.

“I know I’m being biased but to me it [Hart Trophy race] is not close,” Maple Leafs center John Tavares said. “Just the way he goes about it, the way he does it, the consistency, some of the things he’s done, you continue to shake your head at times. Just his ability to stay with it and play his game and stay focused on what he does. He just wants to be a difference maker game in and game out.”

Matthews’ 60-goal season is the 40th in NHL history; scoring 60 has led to winning the Hart Trophy 12 of the previous 39 times.

But Matthews also has scored 106 points thanks to his 46 assists, tied for fifth in the NHL in scoring this season and marking the 10th time since 1992-93 a player has scored at least 60 goals and 100 points in the same season.

The last to do it was Washington Capitals forward Alex Ovechkin in 2007-08. He won the Hart Trophy after scoring 112 points (65 goals, 47 assists).

“Sixty goals is hard,” Maple Leafs forward Mitchell Marner said. “Anyone you talk to who has achieved that accomplishment knows how hard it is. He’s not just putting up goals, he’s putting up assists as well and doing stuff for the team to help us win and take us to a new height. It’s been a lot of fun to be on that ice with him for a lot of them. It’s been remarkable just seeing how hard he works every single day and he’s getting better. Hopefully he does get it. He deserves it.”

The field is wide open, though, and the NHL.com voting showcases how there is no consensus favorite.

Connor McDavid was third with 43 points and three first-place votes. The Edmonton Oilers center is on his way to winning the Art Ross Trophy as the leading scorer in the NHL for the fourth time; he has 123 points (44 goals, 79 assists).

Igor Shesterkin got two first-place votes and was fourth in the voting with 32 points. The New York Rangers goalie has 36 wins and five shutouts, and leads the NHL with a 2.07 goals-against average and .935 save percentage (minimum 10 games).

Nashville Predators defenseman Roman Josi received the other first-place vote, but finished sixth in the voting with 20 points, six fewer than Calgary Flames forward Johnny Gaudreauwho is tied with Huberdeau for third in scoring with 115 points (40 goals, 75 assists).

But Matthews appears to be generating the most buzz on the national level for the Hart Trophy.

“Auston Matthews is my Hart Trophy winner,” NHL Network and TSN analyst Mike Johnson said on the “NHL @TheRink” podcast last week. “Even though Auston missed some games (eight), his points per game (1.45) is virtually the same as the guys who are ahead of him (in points).