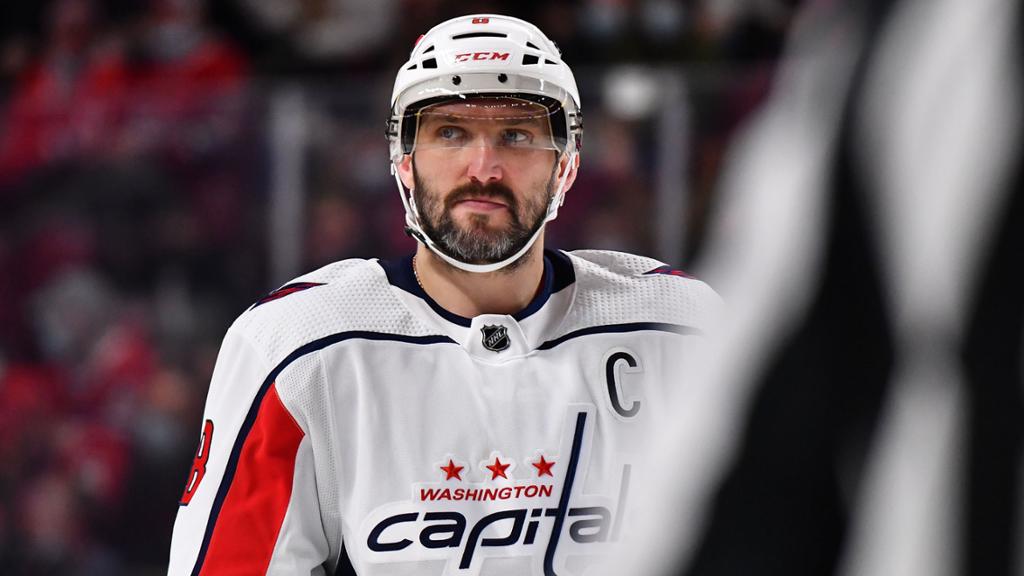 “He’s not playing tonight,” Laviolette said. “He skated this morning, had another good day.”

Ovechkin also did not play in a 5-1 loss at the New York Islanders on Thursday and in a 4-1 loss to the Islanders on Tuesday. Laviolette said Ovechkin is making progress but it’s too early to update his status for the start of the Stanley Cup Playoffs next week.

The Capitals can still finish as high as third in the Metropolitan Division and play the Rangers in the Eastern Conference First Round by defeating New York in any fashion and the Pittsburgh Penguins losing in regulation to the Columbus Blue Jackets.

Short of that, Washington will be the second wild card into the playoffs from the Eastern Conference and play the Florida Panthers in the first round.

“Hopefully it keeps going in the right direction,” Laviolette said of Ovechkin.

Laviolette said there are hurdles for Ovechkin to clear in order to return for the playoffs begin. He also confirmed Ovechkin is out Friday strictly because of the injury and not as a precaution.

“I mean, whoever coined the terminology, they did the right thing because it moves day to day and that’s about all you can really comment on too,” Laviolette said. “Like I said, he had a good day out on the ice today.”

Ovechkin, who is fourth in the NHL and leads the Capitals with 50 goals this season, has missed 26 regular-season games during his 17 NHL seasons because of injury and has never missed a playoff game.

He has missed an additional 20 regular-season games because of suspensions and illness. He has played 77 of Washington’s 81 games this season, missing two in NHL COVID-19 protocol in February.

Laviolette also said center Nicklas Backstrom will not play against the Rangers for maintenance purposes.